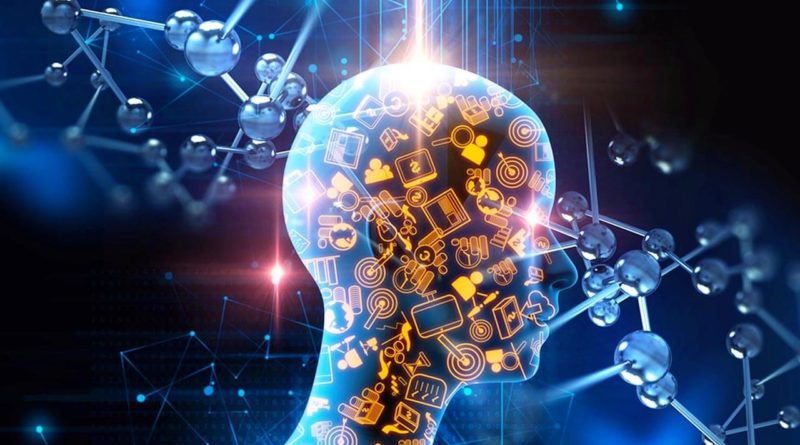 Artificial intelligence doesn’t seem fantastic anymore. Technology that imitates human consciousness is becoming more and more perfect. Everything is moving towards the fact that soon the artificial intelligence will be literally everywhere. So, we’ve put together 10 interesting developments that will surprise you.

The era of artificial intelligence began in 1950 by the English scientist Alan Turing. He wondered if a computer could think like a human being. The researcher came up with the following test: a person must simultaneously correspond with another person and a computer program. Without knowing who is on the other side of the monitor, he must guess with whom he is currently communicating. If the computer succeeds in “fooling” the person, it means that the person has intelligence. This work of a scientist and the discussions that followed it triggered the rapid development of artificial intelligence technology. Today, scientists have already managed to make certain steps in this direction. Let us tell you about the most interesting ones.

You’ve probably noticed that the most popular AI programs, such as Sirie, Google Now or Cortana, speak with a female voice and have female names. Psychologists have proved that the feminine timbre is subconsciously perceived as more pleasant, so developers give them programs. Perhaps the reason is also that it is usually men who develop artificial intelligence. Probably, they are much more interesting to make a robotic “girl” than the representative of his sex.

Not everyone decides to get a live pet, someone because of allergies, someone because they don’t want to clean up after him. Animal robots solve these problems. They don’t need to be cared for, but they can be very companionable and cheerful. Jean-Louis Raoulte, a researcher at the Melbourne Institute, believes that the future is in mechanised pets. Because of constant population growth, humanity may face an acute shortage of food resources. And then only a few can afford a real dog or a hamster. At the same time, robot technology is becoming more and more available. The expert suggests that already in 2025 pets on AI will begin to seriously compete with the living.

Four years ago, Japanese scientists created a robot that can restore itself. Possessing six limbs, the robot is able to regain full functionality even if several of them are lost. The program determines that the functionality has decreased and uses trial and error to analyze what caused it. After determining which limbs are lost, the robot starts flashing itself. In a few minutes, its database is completely updated, the robot learns to perform all movements with fewer limbs, and as a result, it fully resumes normal operation. Such a rewrite developers call “imitation childhood”. Such technology will definitely come in handy in spheres where unexpected robot breakage can cost very expensive, for example, in space.

There are special programs that analyze statistics, reports, summaries and data from all kinds of measuring instruments and then create news articles based on the information received. Journalistic programs can be very competitive with people. News generated by AI, for example, about changes in the stock exchange or a recent earthquake, are published on websites in a flash, once the program records new data. They are accurate and written in absolutely “human” language. Many high-profile publications, such as Los Angeles Times, The Washington Post, The Guardian, Bloomberg News and others have already used the “services” of program journalists, such as Cyborg. For now, however, AI can only outrun a man in writing dry news. Fiction texts can’t be used by computers.

Back in the 90’s computers were able to beat a man in serious games such as chess. World champion Harry Kasparov in 1997 lost his title to the computer Deep Blue from IBM. A couple of years before that, Kasparov and the machine had already come together in a difficult match, which won a man. Then the developers upgraded Deep Blue and it became just an invincible chess player.

And this is not the only case when the AI just defeated a man in the game. IBM also released the Watson program, which defeated the best players in the Jeopardy TV quiz.

And in 2015, scientists from Carnegie Mellon University taught the computer Claudico poker. In this regard, poker is a much more difficult game than the same chess. It has a bluff, in addition, the computer does not see opponent cards and can not do almost any mathematical calculations. However, Claudico was able to win fourth place in a major poker tournament, which lasted more than two weeks. The computer was slightly behind the first three and outperformed many professionals. The developers consider this a serious achievement and assume that in the near future Claudico will have no problems beating the best players in the world. And then brought to perfection algorithm can be used in other areas where full information is not available, such as medicine or cyber security.

The film “She” in 2013 and other similar paintings raises an interesting topic: what if a person falls in love with an android? Will they be able to build a real relationship, to communicate on equal terms, have sex, to find spiritual closeness? Everything new at first is perceived in bayonets, but over time the framework expands and people take innovation as a given. This will be the case with AI, says the Dutch expert David Levy. He suggests that if it becomes possible to enter into a relationship with the computer, then at first most people will take it negatively. But after several years, when there are more positive examples of such love stories, people will get used to the idea that a relationship with a robot is normal. And in 2050, marrying androids will be the norm.

So far, before marriage to AI is still far away, but in a sense, we already have sex with him. Robotic sex toys don’t surprise anyone anymore. It’s just a matter of time before the computer programs learn how to pump emotional intelligence and can show real love and care.

On the other hand, ordinary computer programs can already develop their own intellect without human involvement. They learn new information and acquire skills just by studying the World Wide Web. For example, developed by Google computer so well mastered 2600 video games that now can overcome each of the most experienced player-person. Another American android with AI after watching cooking workshops on YouTube learned how to cook as well as a chef. The program recognizes the video visually and learns skills through a trial and error algorithm.

Earlier it was considered that AI cannot be smarter, than its developer, but development of self-learning technologies forces scientists to doubt it. If in 2013, the average artificial intelligence was not smarter than a four-year-old child, then in 2014 a supercomputer on the AI was able to solve a very difficult problem – the problem of mismatch Pal Erdesha. Not every mathematician can solve it, but the program easily coped with the task by analyzing 13 gigabytes of equations.

Experts assume that in 2029 the basic AI development will be the same as that of an adult erudite person. And it will not stop there, because the ability of robots to self-learning is growing rapidly every year.

Futurist Ray Kurzweil believes that in 10 years’ time there will be a time when artificial intelligence will significantly outperform human intelligence. And then comes the so-called technological singularity: thanks to AI, scientific and technological progress will gain incredible speed, and people will begin to implant computer programs directly into their bodies.

The computer that predicts the future, Nautilus from SGI Altix, is not by chance nicknamed Nostradamus from the machine world. By analyzing news from all over the internet, including archive collections from the 40s, a supercomputer can make very accurate predictions. The program runs on 1004 of the most powerful nuclear processors and performs 8.2 trillion operations per second.

Nautilus has thus located Osama bin Laden’s safe haven with an accuracy of 200 kilometres. And in 2010, he was able to predict the start of the Arab Spring. An analysis of millions of articles and messages on the Web allowed the computer to draw a detailed map with 100 trillion links, showing the countries where protests were about to start.

Already now, the AI’s usefulness to man is obvious. Robots will definitely take on heavy and almost impossible tasks for a human being both on Earth and in space. Disabled and elderly people will not have to hire caregivers, and robotic pets and programs with emotional intelligence will save millions of people from the problem of loneliness. Accurate news forecasts will help people make decisions. AI drivers will reduce the number of accidents on the road many times over. Medicine, science and technology will progress rapidly.

But it’s hard to say anything about possible threats. Among scientists and technologists there is a fear that artificial intelligence cannot just surpass the human, but also want to get rid of people as a species to cleanse the planet or solely dominate it. According to Stephen Hawking, Bill Gates, Ilon Mask and other influential specialists in the world of science and technology, if mankind loses control over artificial intelligence one day, it will not be able to return it.

What awaits us – a futuristic utopia or apocalypse and the reconstruction of the plot of the “Matrix” can not say anyone. One thing is clear: progress can no longer be undone, and we will soon know what the era of artificial intelligence will be like for humanity.