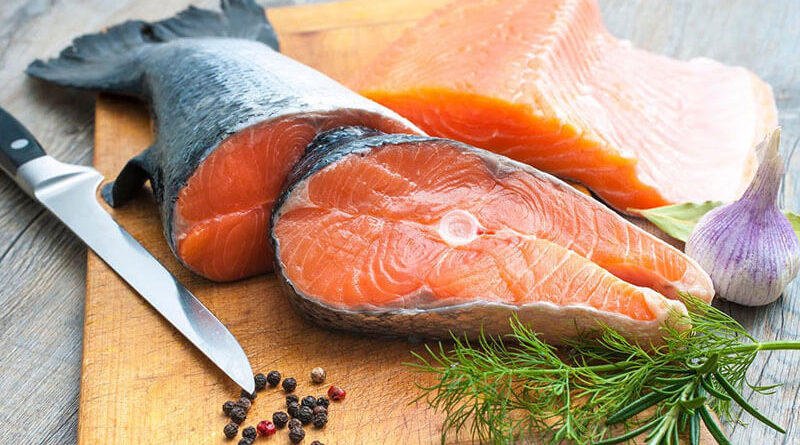 Food
13.05.202013.05.2020 admin
Many have heard about the benefits of fish – here you have the polyunsaturated acids omega-3 (the notorious fish oil), and a number of nutrients, which can be obtained without eating fish and seafood, is much more difficult. And there’s nothing to say about the variety in nutrition that fish will include in your diet. I adhere to the point of view that you need to eat fish in one form or another at least 2-3 times a week, and, of course, with pleasure I myself follow this rule.
It is important to cook fish properly, but first you should be able to choose fish. This is one of the most important skills necessary for survival in a metropolis, where there are a lot of cunning sellers and no fishermen at all who can buy guaranteed fresh goods. Remember a few simple rules – and no one will be able to use your credulity to foist you stale fish.

Tip One: Buy Live FishThe surest way to buy fresh fish is to buy it live. In some large stores you can find aquariums with carps, and just brought fish can still show signs of life. Well, if it was not possible to get live fish, then …Tip Two: Inspect the GillsGills are one of the main “tools” in determining the freshness of fish. They should be bright red, although in some fish species they may be dark red. Bad smell, gray or blackened gills? Goodbye, fish.

Tip Three: SniffBuying fish, trust your nose more than your ears – the seller can assure you that the fish is freshest, but you can’t deceive the sense of smell. Paradoxically, fresh fish does not smell like fish. It has a fresh, mild aroma of the sea. The presence of an unpleasant, pungent odor is a reason to refuse a purchase.

Tip Four: Eye to EyeEyes (not only yours, fish ones too) should be clear and transparent. If the eyes became cloudy, or, all the more so, fell in or dried out, the fish definitely managed to lie down on the counter longer than necessary.

Tip Five: Learn the ScalesShiny, clean scales are a sign of freshness. If we are talking about sea fish, there should not be mucus on the surface of the scales, but for freshwater this is not an indicator at all: such fish as tench are often cooked without cleaning, along with mucus.

Tip Six: Elasticity TestPress lightly on the surface of the carcass – if after that a hole remains on it, then the fish is not fresh enough. In recently caught fish, meat is dense, resilient and quickly regains shape.

Tip seven: Choose a filetIt is much more difficult to control the freshness of fish fillets than whole fish, so unscrupulous sellers often use not the best specimens for milling. The best way is to buy the whole fish and make the fillet yourself, it is profitable and easy. But if you still decide to buy a fillet – be guided by those signs that are still available to you: smell, elasticity of meat, appearance of scales.

Tip eight: you can not be fooledOften, sellers use various tricks, such as selling carcasses of fish without a head, to make it more difficult to determine freshness, or even try to pass out thawed fish as chilled. Even if you make purchases only in proven places – be extremely careful.

Tip Nine: Meat and BonesIf you have already bought a fish, brought it home and started to carve – remember: if the bones themselves are behind the meat, then your intuition in choosing a fish still let you down: this happens only with not the freshest fish (although there are some nuances here – for example, in the whitefish this stage occurs literally a few hours after the catch).

Tip ten: In a restaurantWhen ordering fish dishes in a restaurant, you can be cruelly deceived in your expectations. Well, if the restaurant has a showcase with ice in which fish is laid out, and the waiter can expertly advise on the freshness of fish and seafood. It is up to you to decide whether to order sushi, I’ll just say that most of the fish – except, perhaps, salmon – comes to our sushi bars in frozen form.Well, complicated rules? Nothing like that!