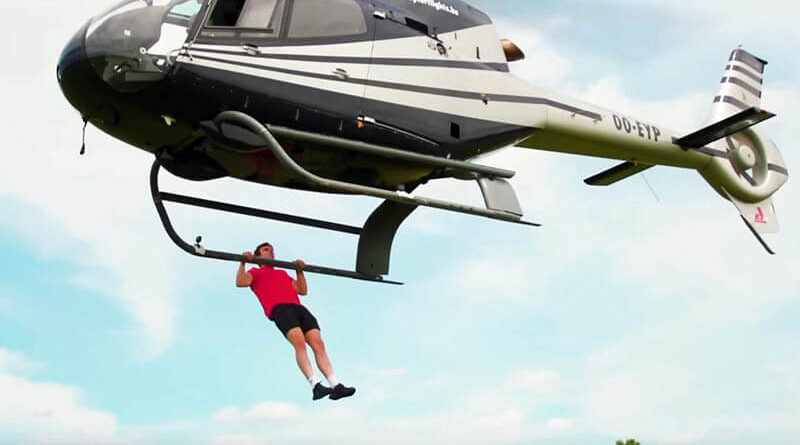 They could only be installed by true fans of their craft.

Each of us at least once in our lives has dreamed of doing something that would write his name in the history of mankind. Of course, it is possible to perform a feat, to make a great discovery in science, or to take the easiest way and get into the Guinness Book of Records. That’s exactly what our today’s heroes did.

The Record Book was first published by order of the Irish Guinness Brewing Company in 1955. The idea belonged to Hugh Beaver, who wanted to create a kind of “source” for all pub-goers in Ireland and Britain to settle disputes about the record of various things and phenomena. Now let’s move on to the achievements themselves.

Climbing stairs on your head

No, this is not a joke or a figment of an exuberant fantasy. For most of us, a headstand will seem a fairly serious test of one’s physical abilities, but certainly not for the Chinese gymnast Li Longlong, who managed to overcome 36 steps on his head. There’s not much to add. Everything is recorded on video, just watch.

We once told you that there was a world championship for paper airplanes. Yanguk Lee from South Korea decided to go a different way and set a record for launching the maximum number of airplanes straight into watermelons in one minute. In 2016, he managed to sink 12 paper shells. Unfortunately, the record did not hold for long, and in 2018 Nong Juning from China was able to stab 13 airplanes.

Naturally, Russia could not stand aside. Our compatriots hold a sufficient number of records, one of which is the largest number of chest presses under water. And if initially only 62 repetitions were registered, Vitaly Vivchar from Tomsk was able to lift 50 kg weight 77 times. We heartily congratulate our athlete from Siberia. Better late than never.

A very high somersault off the wall

This time, the creators of the record-setting video decided to endure the whole drama. First, in 2019, the record height was the mark at 3.4 m. But two years later, the result was improved by Li Xinan and Felix Quinton to a height of 3.7m. It was not as easy for the second duo as for the first one.

Longest shot at a basketball hoop

Joshua Walker from the United States tried to break five different basketball records throughout the day, one of which was the longest shot. One of them was the longest distance he ever shot, a distance of 34.6 meters. Other records, whose complexity can only be evaluated by professional basketball players, can also be seen on the video.

The narrowest parallel parking in an electric car

The owner of the record-breaking and narrowest parallel parking in an electric car is Paul Swift from the UK. He managed to park his Mini between other cars with 30 cm space to spare. Co-pilot Johnny Davis had no easier task: he had to make a maximum number of “donuts” (drifting in circles) around the motorcycle, which rode on the back wheel for a minute. We are not going to tell you the result.

All you need to know about this record is that instead of the usual bar you use a real helicopter. Dutchman Stan Bruening was able to do 25 pull-ups. There is no sense to look at the record itself, but it is worth a brief glimpse.

The highest wave for surfing

You’ve probably come across crazy footage of surfers surfing on one of the Portuguese coasts many times on the internet. There’s also a red lighthouse standing on the shore, a lot of people and waves as high as American skyscrapers. So, the German surfer Sebastian Steuner was able to conquer a wave height of 26.21 meters in the same place, off the coast of Praia do Norte in Nazaré. And, naturally, this feat made it into the Guinness Book of Records.

At first you will go into a state of shock, because what you see in the video will not want to be called reality. The fury and speed with which the average grandfather breaks classic baseball bats in half is both mesmerizing and frightening. All he had to do was break as many bats as he could in one minute. In the end, 68 pieces broke.

Longest river rafting in a pumpkin

And lastly, the most recent record, which was recorded in Nebraska. A 60-year-old man decided to celebrate his anniversary in a special way and swam 38 miles (61 km) down the Missouri in a huge pumpkin weighing 846 pounds (1865 kg). Inside the “Big Bertha” (as he called his “boat”), Duane Hansen walked on the river for 11 hours, which eventually allowed him to set a new world record.