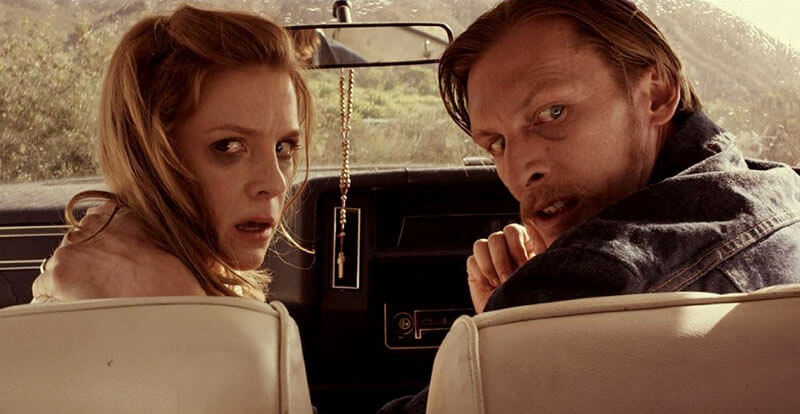 Aboutmans has prepared for you a selection of pleasant and unobtrusive films that will help to cope with bad mood, relieve the brain and distract from routine.

Fantastic love and where to find it

Bella is a charming freak with an unexplained horror for nature. She rents a cosy apartment in the heart of London, one of the conditions for living in which is the care of a small garden in the courtyard. Because of her phobia, the girl started it. In order to keep her home, Bella will not only have to overcome her fear and clean up her garden, but will also have to make friends with a nagging neighbor and even fall in love.

Kingdom of the Full Moon

An unprecedented commotion in a Boy Scout summer camp: the boy Sam is missing. At the same time, on the other side of the island, the Bishop family also sounds the alarm: Susie’s girl has gone missing somewhere. These two teenagers have long been in love with each other and even managed to plan an escape to be alone away from adults. As their parents, the local sheriff and camp counselor look for them, they enjoy freedom.

Walk in the woods

Ageing writer Bill Bryson spent twenty years in England, away from his homeland. To write a new book about the nature of America, he dared to take a bold adventure and offer his alcoholic friend a risky hike along the Appalachian Mountain Trail in search of inspiration.

The life of office worker Walter Mitty is boring and monotonous. He is very lonely, and the only thing that cheers him up is his dreams of incredible adventures. However, they suddenly become reality: to avoid being fired, Walter takes a dangerous journey through amazingly beautiful Iceland.

Fantastic creatures and where they live

Famous magical zoologist Newt Salamander comes to New York to participate in a special magical congress and meet with an influential official. He carries a magic suitcase filled with all kinds of incredible creatures. Of course, they do not sit still: at the first opportunity they break free, causing their owner a lot of trouble.

A quiet and soothing film about a week in the life of Patterson, a bus driver and a poet. He writes only for himself and never gives in to his wife’s persuasion to publish poems. But one day there’s a little event that changes everything.

Ben Whitaker is very bored in retirement. Travel, favorite books and watching good movies don’t give him any pleasure, but only make him bored. He literally feels life flying by. In an effort to get rid of this depressing feeling, Ben decides to get a job at a fashion store to do something good.

Ricky Baker is a round orphan and a real hooligan who constantly makes all kinds of fools of people around him. That’s why it’s so hard for him to find parents. Bella and her weird husband Geck are the only ones willing to accept the boy. At first things are going well, but one day Ricky runs into the woods and Huck is suspected of kidnapping him.

After moving to America, once a big and friendly family loses touch with each other. But one great grief forces them to unite again and reconsider their views on life.

Due to financial difficulties Conor has to change the elite school to the most ordinary one. In the new place, he is not welcomed in the best way, but life suddenly brings a pleasant surprise to the teenager. He falls in love with an impregnable girl for whom he is even willing to form his own rock band.

Modest and not very popular at school, Olive inadvertently becomes the heroine of unflattering gossip. Instead of despairing, the girl comes up with an unusual and witty plan that should help her stop spreading unpleasant rumors and save her reputation.

Rosie and Alex have been friends since childhood and are so close that they know almost everything about each other. They dream that after graduation they will go to the USA together to continue their studies there. But the graduation party crosses out all their plans and separates them from each other for a long time to come.

There is no quack or magician in the world that Stanley’s illusionist couldn’t expose. Except for the young spiritualist Sophie, who conquered one famous and influential family with her outstanding abilities. In an attempt to unravel the girl’s secret and bring her to the clean water Stanley himself does not notice how he begins to feel sympathy for her.

A touching love story about the first love between Julie and Bryce’s teenagers, shown from different perspectives.

Tracy is a single and humble student at New York City College. Brooke is her flighty half-sister, who doesn’t sit still all the time. They are full of opposites, but that doesn’t stop the girls from becoming friends over time and starting to do all kinds of funny crazy things together.