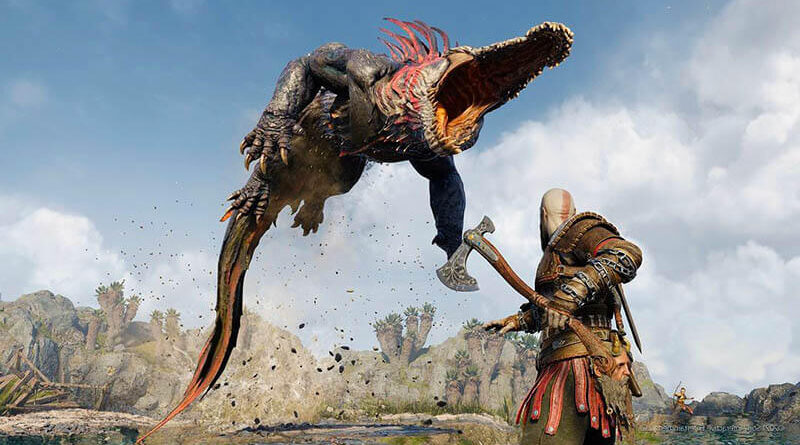 The release of each of these games will be a holiday. Some releases have been discussed over the last 10 years. What games will be released in 2022? We will talk about this in our today’s article.

Any AAA project is prepared for more than one year. And most developers announce the release much earlier than the initial stages of production. In 2022, we will have real long-term construction, the release of which will make a lot of noise in the gaming industry.

God of War: Ragnarök
The sequel to the hit God of War 2018 release. By the way, the latest release of Santa Monica studio will cease to be an exclusive PS4 and will appear on PC on January 14, 2022. This event can also be attributed to the expected releases next year.

What do we know about God of War: Ragnarök? Let’s start with the fact that this is an exclusive Sony. The game will be available on both PS5 and PS4. Continuation of the story of Kratos and his son Atreus, judging by the trailers, will be no less exciting and dynamic. Many ask: will the game really be a nextgen product? Or will the obligatory release of God of War: Ragnarök on PlayStation 4 prevent it? The fact is that there is a big difference in iron between these generations of Sony consoles. In the production of the beauty of the picture could be sacrificed for optimization under the stuffing of PS4.

No matter what, Santa Monica has no right to make a mistake. Their previous creation has won worldwide acclaim, and the upcoming release is charged to be no less a hit.

In a few years, God of War: Ragnarök will probably be available on PC.

Prior to the release of A Plague Tale: Innocence, Asobo was virtually in the shadows. Among the projects of these developers include Microsoft Flight Simulator, released in 2020, and racing action Fuel, which won the Guinness Book of Records for “the largest open locations in the gaming industry.” In other respects, they participated as contractors. It is known that Asobo Studio worked on a series of races The Crew, participated in the creation of games based on Pixar and WALL-E cartoons.

Thanks to the successful project A Plague Tale: Innocence – a French development studio has gained fame and approval of gamers to create a sequel. Why did many game lovers like it? Unique setting, unusual gameplay and intriguing plot. The duration of a single campaign is 9-12 hours.

And many say that closer to the solution, you do not want to go faster and forget about the game. On the contrary, the story of the girl Amitsa and her brother Hugo is touching, and she does not want to part with it. In general, this grand journey of the main character, who is ready to do anything for the sake of her family, can not leave anyone indifferent.

What awaits us in the game A Plague Tale: Requiem? Perhaps the end of the story. Still, the name of the sequel suggests it. The new campaign of Amitsia and Hugo will also be accompanied by plague and rats. However, according to the developers, the main character will be stronger, and her methods of killing enemies will be much more impressive.

Everyone is waiting for the release of this game. No exceptions. It has been talked about for about 10 years. The project has been announced more than once. Also, developers from GSC Game World have repeatedly said that the announcement was fake. However, this time everything is official and the project is close to release. STALKER 2: The heart of Chernobyl is already at the pre-order stage (from June 13, 2021).

It is expected that the long-awaited sequel to the game for stalkers will greatly surpass the previous parts graphically. We are waiting for a real breakthrough. Ukrainian studio GSC Game World has repeatedly shown gameplay videos, and judging by them, we can say with confidence that something revolutionary new awaits us.

The game is made on the platform Unreal Engine 5. This is a very expensive pleasure. The engine was released recently, so there are not many games on it yet. Releases of games on Unreal Engine 5 are planned in 2022, then we will be able to really test it. So far, only Fortnite is fully transferred to UE 5, but in the style of this game it is difficult to look at all the technical capabilities of the engine.

We hope that STALKER 2: Heart of Chernobyl will not suffer the same fate as the Poles from CD Projekt RED and their Cyberpunk 2077 project.

It has long been known that STALKER 2 is an Xbox exclusive. It is unclear whether the game is planned to be released on other platforms.

Anyone who is familiar with Fromsoftware projects knows firsthand the mysterious style of the company’s head, Hidetak Miyazaki. The plot in the games of this studio is not served on a saucer. You, the hero, unique and irreplaceable, exceptional and unsurpassed, are not called into battle, giving everything you need and kissing you on the forehead. In any soul-like game, you start barefoot. The plot is often hidden in objects that are available for study through the inventory menu, and in short, rare cut-scenes. Any enemy encountered along the way is dangerous. And it doesn’t matter if he is the boss or an ordinary wandering wanderer.

It is the mystery that accompanies the works of Fromsoftware. And not only in the games themselves, but also in marketing. Every release is full of mysteries and myths. We heard about the official announcement of the Elden Ring in June 2019. And before that, any mention of the game looked like a “shower” and were very similar to fakes.

Like any soul-like game, Elden Ring will be filled with the pain and suffering of the player. The same routes will be accompanied by dozens of hours of battles to consolidate the path. And bosses. Where without them?

Stylish and very similar to the series Dark Souls. By the way, work on the Elden Ring started immediately after the release of DLC to DS3, in 2017. It turns out that the project is being prepared for more than 4 years. For a game in this genre, it’s a lot. Elden Ring is expected to contain a real open world, which was not the case in Fromsoftware’s projects before.

Popular streamers have already gained access to the game. Twitch battles were shown live on the starting locations. It looked very impressive.

Another Sony exclusive. Prequel, by the way, “moved” to the PC on August 7, 2020 and ceased to be a game only for ps4. Eloy’s new adventure will retain its exclusive status at least at the stage of release.

A new phase of the war with machines in the open world will take us to the Forbidden West of the Horizon gaming universe. Guerilla Games promises that in the future part of the game Eloy will face not only work with people, but also weather conditions. It is known that old cars will also be in the gaming space, not only new ones.

Horizon Forbidden West is planned to be much larger than Zero Dawn. Surprisingly, the prequel was also huge in terms of game space. The player will be able to explore the world not only horizontally but also vertically. The developers say that studying the underwater world is a particularly interesting activity. Combat arsenal and equipment are also waiting to be replenished: new types of armor, weapons and tools.

Interesting fact: Horizon Forbidden West, unlike the previous part, will be filled with adult content. The release will receive a higher age rating.

This game is said to be the most anticipated, according to the Steam community. Surprisingly, there were rumors about it: the “Battle of the King” mode, and the involvement of screenwriters “The Witcher 3”, and staff changes in the developer studio, and false release dates – the release of this game was accompanied by tons of information: true and erroneous. However, today you can easily find gameplay and story clips to fully appreciate the upcoming release.

The previous game in the Dying Light series was released back in 2015. Parkour and zombie mob battles – this hit combines the best of Mirror’s Edge, Left4Dead and Dead Rising. The plot was absolutely rudimentary and was not the crowning chip of the game. The gameplay clung the most. Dynamic and stunning. During the day, the player could feel frivolous, because the real danger awaited him at night. It was at night that the most dangerous members of the army of the dead took to the streets. It created an incredible atmosphere.

Dying Light 2: Stay Human will keep all the best qualities of the first game of the series. The main goal of the developers is to update the graphic component and improve the gameplay: to make it richer and more diverse. And we will check what happened in them very soon.

The release of these 6 projects is a holiday for the entire gaming community. We are waiting for a very rich year for releases: in 2022 a real starburst of hits is expected.