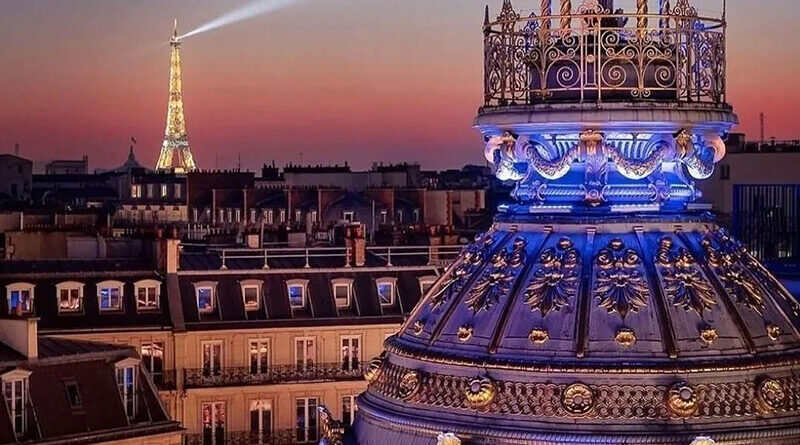 The new series “Emily in Paris” caused a lot of controversy. People who managed not only to visit, but also to spend several years in the French capital, criticized the film for its complete inconsistency with the real state of affairs.

We decided to talk about some of the features of life in this city. They will probably surprise you, but at the same time help you better prepare for a close acquaintance with Paris.

No glitz and glamour

Year after year the world cinema convinces us that the Parisians, especially when it comes to women, are almost icons of style and impeccable taste. Well, we wouldn’t go so far as to recommend believing a romantic screenwriter. In fact, modern residents of the fashionable capital for a long time are not chasing either trends or the attributes of luxury life. The girls’ first priority is still hypertrophied naturalness. A crumpled jacket? Why not? A careless styling or its complete absence? Obligatory! Rejection of makeup? Of course.

By the way, it is the passion for beautiful, expensive and flashy closet items that often gives away visitors to Paris. After all, a true city dweller would prefer an old jacket to a coat from a well-known brand, and stomped sneakers to luxurious leather shoes. But in this external carelessness lies the unique style of the Parisians. After all, there is nothing more refined than relaxed and independent from the world’s fashion trends.

“Parisian women will assure you that they were born with flawless skin and elegantly ruffled hair. That their body, from the very cradle, exudes a fragrance no worse than Chanel No. 5. That their ‘naturalness’ was inexplicably inherited.

“How to feel like a Parisian, whoever you are.”

Guests are no reason to get up to the stove

Reception of guests in Paris is a common thing, but very different from the ritual we know. In a French house where you have been invited for an apero, you will not find a table full of treats or the floors scrubbed. Just as in dress, in friendship the Parisians prefer naturalness and simplicity. For dinner, you are likely to be served a couple of courses without appetizers or desserts, and entertainment will be offered by talking about the political situation in the country.

As a small gift, bring a bottle of good red wine to the table. Don’t forget to praise the delicious food. But rest assured, the holiday dinner was prepared a quarter of an hour before you arrived. And it will probably be a simple Chevre Shaw salad or a chop with a vegetable side dish.

“The key is not to know how to cook well, but to master two recipes perfectly. One is very simple, just in case you don’t have time for anything. The other is very complicated and is designed to wow your friends.”

“How to feel like a Parisian, whoever you are.”

Did you know that Parisians have a whole list of topics that you can’t talk about in a decent home? These include health, how much money they make, and their plans for life. The Parisians are very sensitive about medical matters; they regularly see a psychotherapist and take vacations to improve their morale. But they are extremely reluctant to talk about it. Such inquiries though not leading to a conflict, but almost certainly will deprive you of company. The arrogant French do not forgive even the slightest blunder. Moreover, they will not once with a condescending smile remember your mistake.

But there is nothing more pleasant than to dedicate an evening to conversations about love affairs. About this capital residents are ready to talk for hours on end, not avoiding the juicy details.

“Every tribe has its own customs. Each tribe has its own rituals. Their own habits, to say the least, hardly understood by the rest of the world. The Parisienne is particularly scrupulous on this point. “Tastelessness, whether in dress or intellect, must be avoided at all costs, lest you be regarded as a redneck.”

“How to Feel Like a Parisian, Whoever You Are.”

It’s not for nothing that the French are considered the most discontented nation, and Paris is a center of irritation. Residents of the city regularly complain about the weather, the boss, the current government, can’t stand newcomers and many tourists. Such intolerance also affects personal relationships. A true Parisian, outwardly cordial, will never allow you to get too close too quickly. Like the Fox in “The Little Prince”, he will allow you to tame you long and tedious, sometimes surprising with unexpected warmth, then, on the contrary, striking arrogance.

So do not rush to despair if you have decided to make friends with a Parisian. Chances are, you will have to overcome all the circles of hell and listen to a lot of complaints about life before you are allowed into the reverent French heart.

“Parisians are fickle; they go from coldness to hotness, from indifference to friendship, peering into all the nooks and crannies of human relationships and missing no important stage.”

“How to Feel Like a Parisian, Whoever You Are.”

Specific French humor is not a phenomenon for the faint of heart. The Romantic city’s residents have a knack for making jokes about unexpected topics, and their wry remarks can often hurt or even offend. But do not despair, because if you manage to fit into the mysterious French world and adapt to it, you will be treated very carefully. And you can make jokes about someone else, too.

“Parisian humor, if we try to sketch it out, seems both cold and sarcastic. It has a sense of joyful hopelessness, a tendency toward paradoxes, a certain frustration with life and love (but provided it is worth it).”