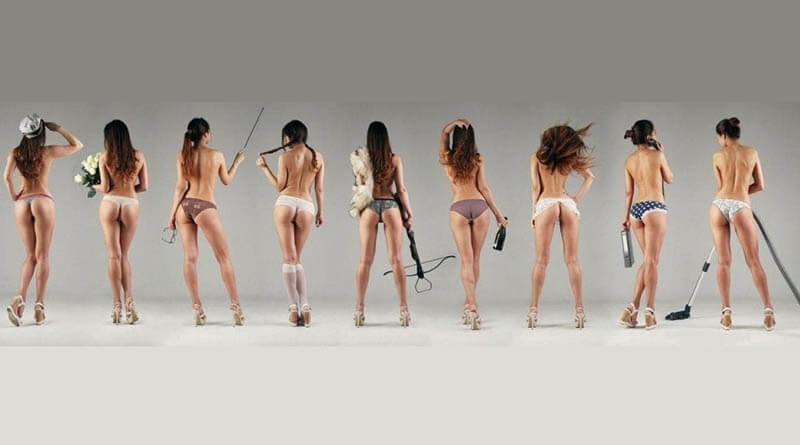 If you have decided that a man is cute to you, don’t try to flirt with him and at the same time show him that you are a self-sufficient girl and you don’t need anyone. Flirt with a man – it’s okay, no need to be ashamed of his sympathy. And the image of a strong and independent leave it for later.

Sergey, 25 years old: Sometimes, you feel that a girl is interested in you, but she acts like Princess Nesmeyana. It really puts us off, because we don’t know how to behave in this situation. It’s always easier to turn away and look for a more accommodating option.

Taking advice from the previous item, the main thing – do not overdo it. Throw out all the cards before a man interested in you – one of the most serious mistakes in flirting. Show initiative is necessary, but to show that you are ready for anything – not necessarily. Even if you came up with names for your children, immediately wipe the phrase “Take me with you, Prince Charming!” off your forehead. Flirting is a game, and it doesn’t have to end the first night. If all you want is sex – just let him know that without wasting time.

Anton, 27: I’ve been running into girls lately who are willing to give themselves on the first date. What is that all about? Maybe, of course, I meet in the wrong places, but it’s disgusting. A man should pursue a girl, not the other way around! It’s like they’ve never heard of the male hunter instinct.

Wow, you raise leeches at home?

Did you once read on one of the forums that you should constantly admire a man, and decided to try it in action? Well, the main thing – remember that the admiration of every phrase can lead to the fact that he will think you a fool. You shouldn’t be surprised by elementary things and laughing at every word. Men are not as stupid as they write on the internet and usually sense falsity.

Roman, 29: I had a case of a bad date that I remember for some reason. Anyway, the girl sat there like an idiot with her eyes bulging and jumping up and down in surprise at every word I said. I was so uncomfortable that I did not even want to say anything. Then I thought for another week: is she really such a fool, or, conversely, thinks I am a fool? Girls who do it on purpose, probably think that the man has no more brains than a fish.

So do I, and I am of the same opinion!

The stupidest thing a woman can do on a date is to pretend that she completely shares a man’s interests and tastes. Even if she has the exact opposite. You can, of course, pretend that you can not live without fishing and soccer, but to admit the lie sooner or later will have to. And if he asks you who you like most of all in Spartak, or invites you to spend the weekend on his favorite lake with carp? That’s how it is.

Andrei, 24: Well yes, I had an interesting case. The girl sat on a date and poured out to me about how she loves hockey and can’t live without the gym. And also does not smoke, do not drink, and even a couple of years ago, she studied at the Institute for Noble Maidens (I exaggerate, of course). It’s good when a girl wants a guy to like her, but to indulge him in everything – it’s too much. I don’t even know what put me off her more – her lies or her lack of opinion.

Laughing at his jokes is necessary – it’s a proven method that works every time. However, there are a few pitfalls: a joke should be at least a little funny, you should not laugh at his every word and try to stun everyone around you with his laughter.

Michael, 26: I once met a girl on the Internet, we chatted online, and I really liked her. When we met, I was not disappointed – she turned out to be beautiful not only in photos, but also in real life. After a couple of glasses of wine she started laughing in the voice of a cab driver. I was so surprised! It seemed to me that EVERYONE was looking at us. This laughter my vulnerable heart could not withstand. She probably never understood why I never called her again.

Funny gestures with hints of sex

The Internet and magazines are replete with tips that offer girls ambiguous gestures to show a man his interest. Do not lick your fork, drive your fingers over the glass and sigh languidly, unbuttoning another button on his blouse. All of these gestures are so mired in comic movies that a man is likely to try to hold back laughter instead of excitement. One of the most important rules of flirting is not to overdo it.

Artem, 29: Have you ever had a girlfriend who watched soap operas a la “Sweet Life” and began to bring the image of the main character to life? It’s impossible to look at this actor. They just do not have enough “Oscar”! I want to appeal to all impressionable girls and say: if you have no acting talent, then do not play, please.

If you met on the Internet, be sure to be aware of what you are writing to him. Of course you can write him frank messages, but you must not forget that sooner or later you will meet. Do not write a man something that you can not repeat, looking him in the eye.

Dmitry, 27: A girl on the Internet and a girl in reality are two different people. Once I met a girl on VKontakte, and we started corresponding. She wrote me such things… Wow! I already thought, “What kind of cat did I get? But when we met, she sat there and blushed at every innocent word. I’ll admit it: I’ve never been this upset.