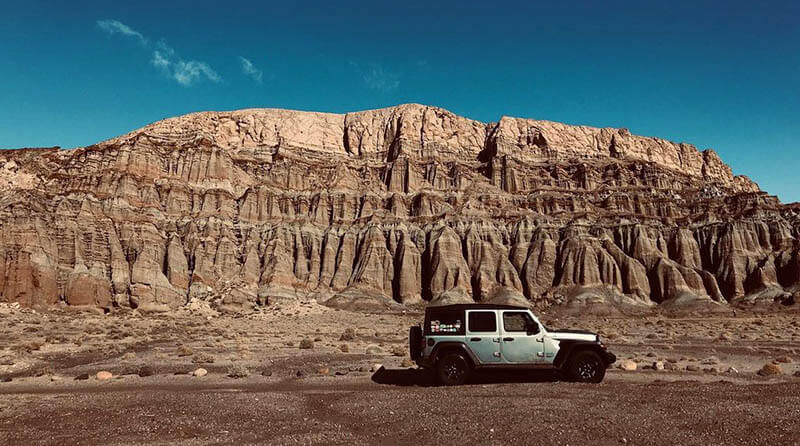 When you leave your parents’ home, you leave behind 93% of the time that you are allowed to spend with your parents (if they live long enough).

Conversely, after your children leave you, you will see them only a few times a year.

We only have 80,000 hours for a career, and if you try hard enough you can only become a professional in one or two areas.

Tim Urban’s portrayal of the brevity of life is very telling.

Each rhombus represents one year: one winter with sledding and snowmen, one blooming spring, one summer with lingering beach blues, one fall with rainbow leaves–one revolution of the Earth around the Sun.

I remember in high school trying to figure out what it was like to have children. Now I have two pranksters seven and nine years old running around the house. And in another 18 years, I’ll have less than half of my professional life left, and my kids will be on their way to an independent life. Perhaps, like me, they will even contemplate the transience of life.

Every second, minute, hour, day, and year is precious!

How should one live NOW, so that on his deathbed he does not regret his life?

One of the most brilliant answers to this question I heard from a world-renowned Harvard professor in his TED talk titled “Strategies for Living. Clayton Christensen’s victory over cancer (he had follicular lymphoma, a similar disease that took his father’s life) made him think seriously, and that reflection resulted in this talk. In particular, he talks about people who have accomplished a lot.

Here’s the most inspiring part:

“In 1979, I graduated from the MBA program at Harvard…When my classmates and I met five years later, all had quite happy lives: most were in successful marriages…and they had successful careers. But 10, 15, 20, and then 25 years after graduation, my friends no longer seemed so happy with their lives. So many of them were divorced, former spouses remarried and remarried, and children growing up on the other side of the country with little contact with them.

And I’m sure none of my classmates ever planned on ever getting divorced after graduating from business school, nor did they want their children to hate him and have someone else handle their upbringing. Nevertheless, most of the classmates’ lives did go the way they never wanted them to.

It turns out that the reason it did is the same mechanism-the desire for achievement, for success. All of us here are striving to achieve something. And when we have an extra bit of energy or half an hour of time, we unconsciously give it to those activities that provide immediate evidence of at least some success. That said, a career gives us the most immediate proof that we are accomplishing something: making a sale, delivering a product, completing a presentation, closing a deal, getting promoted, getting paid. Work gives us an immediate sense of success – and time invested in the family, on the other hand, doesn’t pay off for a very long time. Not only that, but our children don’t behave in the best way day in and day out. It’s not until about 20 years from now, having come a long way, that you can look at your offspring with pride and say, “We raised great kids!” But in everyday life, when we devote time to communicating with our families, children and spouses, this achievement does not loom before our eyes. So people who want to live happily (you and I, for example) and understand that the deepest source of happiness in life is family end up sacrificing their time, their energy and their talents for something they absolutely did not want.”

Christensen goes on to talk about how reevaluating short-term successes relates to his widely known theory of disruptive innovation:

“Successful companies sometimes fail, and the reason is that they invest in what provides the most immediate, tangible evidence of success. They have such a short-term perspective because these companies are run by people like you and me [achievement-oriented].”

Christensen applies this theory to family breakdowns and business failures, but I would argue that it could be extended even more widely. Here are a few examples…

The main causes of premature death in the U.S. are related to unhealthy lifestyles. No one wants to die “prematurely,” yet many people can’t switch to a healthy diet and daily exercise – because that’s just what’s not very motivating in the short term.

No one plans to become unemployed or lose their employability as a professional, but many don’t want to purposefully devote time each day to learning – because that doesn’t give an instant sense of success.

No one plans to live in a constant state of nervous tension, yet games and recreation can seem like a waste of time.

So how do we stop thinking in terms of the short term and learn to see the long term and get the results we want in this way?

The solution is to understand the key principle of “prospective pursuits,” which successful people such as Warren Buffett, Oprah Winfrey, Ray Dalio, Albert Einstein and Thomas Edison have used and still use.

The effectiveness of the principle of promising classes

Examples include reading, experimenting, walking, short naps, journaling, and talking. Interestingly, many of the people who have been successful have consistently given a lot of time to these activities. Warren Buffett spent 80% of his career reading and thinking. Many of the most successful entrepreneurs follow the five-hour rule – giving at least five hours a week to study. It is well known that Einstein regularly passed from difficult tasks in physics to playing the violin. His son described it this way: “When my father realized that he had come to the end of a problem, or encountered difficulties in his work, he turned to music, and it usually helped to solve all the difficulties.

Ray Dalio, the self-made billion-dollar fortune manager of the world’s largest hedge fund, explains the possibilities of this approach beautifully in his new book, Principles:

Conversely, people who choose what they really want, avoid temptation, and overcome the pain that leads them away from what they want are more likely to succeed in life.”

Bottom line: by understanding and using the principle of “prospective pursuits,” we can increase the likelihood that we will live a life without regrets.

Making time for prospective pursuits is difficult because they cause contradictory feelings: humans have evolved to think about food and sex in the short term. Evolution hasn’t taught us to think about the intricacies of how our decisions today might backfire 30 years from now. Zat Rana has a great insight: “How we feel about something at the moment is not always the best way to predict how we will feel about it some time later. The fact is, we’re focused on today, and tomorrow may not seem to be our biggest concern.”

My experience tells me that the best way to make time for prospective classes is to make the hours allotted to them inviolate, non-negotiable. Logic won’t help here: there will ALWAYS seem to be something more pressing and important than, for example, focused study – so you need to put it into your schedule and make it a habit.