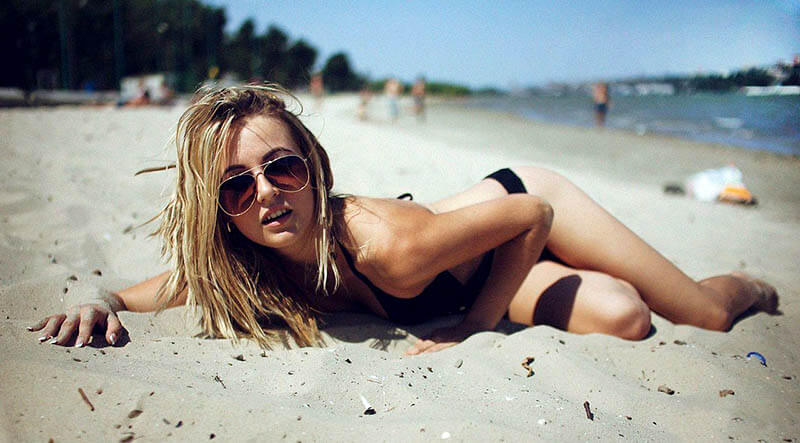 The male penis can be compared to the axis around which all man’s ideas of himself revolve. It is the center of his masculinity, the source of his deepest experiences. Nevertheless many men do not have the faintest idea about the anatomy and physiology of the penis. The lack of knowledge is often a source of anxiety and worry.

Men’s increased attention to the size of their penis is nothing new. As early as the 16th century, this concern was reflected in the writings of Gabriele Fallopio, the scientist who first described the fallopian tubes in women. In advising on the upbringing of sons, he strictly admonished parents to “take great care to increase the size of the penis of their offspring in infancy”. What could the poor parents do? Stretch an infant’s penis in length? What about thickness?

There are countries where, to this day, they place stones under the foreskin of the child in the hope that their weight will cause the penis to retract and become longer. But the only consequence of this procedure, apart from the pain, is the possibility of infection.

Rare man has not dreamed of lengthening his most beloved organ at least a couple of centimeters. And it would be good to thicken it a little bit.

The interest in a larger penis has led to the emergence of a market for penis enlargement services. There are hundreds of companies trying to convince a man that his penis is the wrong size or abnormal shape, that a man needs a bigger penis. Penis size, sexual preoccupation, in general, has led to products such as penis pumps, pills and other dubious size enlargement products that have become the best-selling items in the spam mail. But before you dial the cherished phone number in hopes of changing your life for the better, it’s worth figuring out, what is a small penis and how does it affect the quality of your sex life?

Sexologists believe that with almost any penis size, if you apply a certain technique of sex, you can always achieve, so to speak, tangible results. Moreover, a woman’s vagina is arranged in such a way that she will be satisfied regardless of the size. But complaints about excessive size are encountered: injuries, tearing of internal organ tissues, difficulties with erection.

Sexologists conducted a study among women who evaluated penis size. In general, women worried more about the width of the penis than the men themselves. Women paid less attention to its length. “…The number one reason women preferred a thicker penis was that it was more satisfying during intercourse.” It has been suggested that a wider penis creates more irritation in the clitoral area, while a longer penis reaches an area that is less sensitive to sexual stimulation.

According to a number of doctors and researchers, several misconceptions about vaginal intercourse have developed. Many men exaggerate the importance of deep vaginal penetration in stimulating a woman to orgasm. However, the most sensitive area of the female genitalia includes the external genitalia, the clitoris, and the part of the vagina closest to the entrance, which is approximately 10 cm.

So what is the “optimal” penis size? What should be considered a small penis? How should it be measured? What affects its height and size? What to do if the size “leaves much to be desired”? What methods of correction are the most optimal? These are the questions thousands of men ask themselves.

Under the size of the penis of a man means its length and thickness. When compared to other primates, including their larger representatives such as gorillas, the male penis is noticeably larger and the penis is longer and thicker, both in absolute size and in relative size to the body.

The size of the male penis varies enormously from man to man. No other human organ varies so widely while remaining functional.

The penis grows on average until the age of 17. At age 17, the penis reaches its maximum length, which then decreases slightly. By age 18, as the penis thickens, its length on average decreases by 0.5 cm

During adolescence, curves of the penis also emerge. Few boys have penile curves before puberty begins.

There is an opinion that penis size negatively correlates with a man’s age. “Separate studies have shown that penis size is smaller in older men, but when the results of different studies (over a period of more than 60 years) were compared, no overall difference was noted.”

Eighty physically normal Americans at an average age of 54 had induced erections with medication. They concluded, “Neither a man’s age nor the size of his penis at rest accurately predicted penis length in the state of erection.”

The study, published in December 2000. The International Journal of Impotence Research found that the average length of the penis when erect in Europeans was 13.6 cm (when measured by staff members).

In a study conducted by LifeStiles Condoms, the average length of the penis was found to be 14.5 cm with a standard deviation of 2.1 cm

Normal dimensions of an erect penis are thought to lie between 12 and 18 cm, and in the quiescent state, penile length averages 7.5-10.5 cm. The thickness of a normal penis when erect ranges from 3.0-3.5 cm. The typical girth or circumference in full erection is approximately 12.3 cm. A study performed by LifeStiles in Cancun found an average of 12.63 cm with a standard deviation of 1.3 cm.

At rest, the size of the penis is determined by the extent to which the cavernous bodies are filled with blood. Cavernous bodies which are spongy formations consisting of many small vessels and cavities are able to react like other vessels of body to action of active substances, present in blood, and also to influence of temperature factors. Thus, at lowering temperature there is a narrowing of penile vessels which leads to the reduction of blood supply to cavernous bodies and reduction of the penis. When the temperature rises the opposite reaction is observed. Vasoconstriction and reduction of penile size also occurs when adrenaline is released into the blood in response to fright or other stressful situation, as well as after sexual intercourse. Therefore, it happens that the penis, which is large and “representative” during erection, many times decreases and shrinks at rest.

The size of the erect penis is limited by the protein sheath, a structure that has a strong connective tissue that limits the extension of the penis during erection.

It is now believed that testosterone levels during puberty play a major role in penis development by determining penis size. However, small penis sizes (less than 8-10 cm) may indirectly indicate serious endocrine disorders associated with low production of male sex hormones. On the other hand, quite a big variation of normal penis length (12 and 18 cm) can be explained by individual differences in groin anatomy, namely the ratio of hidden and free parts of cavernous bodies and their surrounding protein sheath. There is an opinion that at normal level of sex hormones and normal development of cavernous bodies in different men due to individual peculiarities the hidden part of cavernous bodies responsible for their attachment to pubic bones and penile fixation is differently expressed.

According to the literature, the length of the largest penis is 30 cm, having 18 cm in diameter. Naturally, there is great doubt about the possibility of using such a penis for its intended purpose.

The penis should be measured at room temperature in a relaxed state and in the state of erection. This should be done with a soft ruler from the pubic joint to the tip of the head of the penis.

In determining the size of the penis, ethnicity should be taken into account.

What is a small penis?

Some definable causes are deficiencies of pituitary growth hormone and/or gonadotropic hormones, moderate degrees of insensitivity to androgens, and various genetic syndromes. In early childhood, some types of micropenis can be resolved with growth hormone or testosterone treatment.

The term micropenis should be used only in cases of congenital endocrine pathology when the length of the penis does not exceed 1.5 to 2.0 cm at rest. In other cases, the term small penis syndrome should be used.

The term hypoplasia of the penis, is used when the size of the penis does not correspond to normal age indicators.

Small penis syndrome may be isolated or combined with other disorders of sexual development, such as cryptorchidism or hypospadias.

Typically, small penis syndrome is accompanied by hypoplasia of the testicles (underdevelopment of the testes).

Thus, small penis syndrome is not a cosmetic problem, but most often a manifestation of endocrine.

Often in obese men excessive deposition of subcutaneous fat in the pubic area is noted, in which the penis is like sunk, as a result of which the impression of its small size is created.

The shape of the penis is nothing more than an individual characteristic of the body, just like facial features.

In some men the penis may be thickened in the middle, in others it curves at the end, and in the state of erection it may curve in the form of a saber.

There is no correlation between the size of the penis and the strength of the libido, the activity of a man’s sex life. Sexual activity is due to a complex interaction of many factors: heredity, hormone levels, general physical and mental health, as well as childhood experiences.

Men leading sedentary lifestyle and consuming canned beer or other drinks in cans (a substance which inhibits reproduction of male sex hormones is used as a preservative) risk getting a reduction of male hormones in organism as a bonus, and as a result – reduction of penis size, change of build towards female type and other troubles.

To avoid this, exercise, eat foods without preservatives and have a normal sex life.

A healthy man has no problem with potency, but in a state of stress, illness, fatigue, a man can temporarily lose the ability to get an erection. You just need to calm down or recover – and soon everything will fall into place.

The Roman physician Galen (around 100 A.D.) believed that sex was necessary for the health of both women and men. Lack of sexual activity leads to hysteria, while regular sex cures depression, increases appetite, and frees the mind.