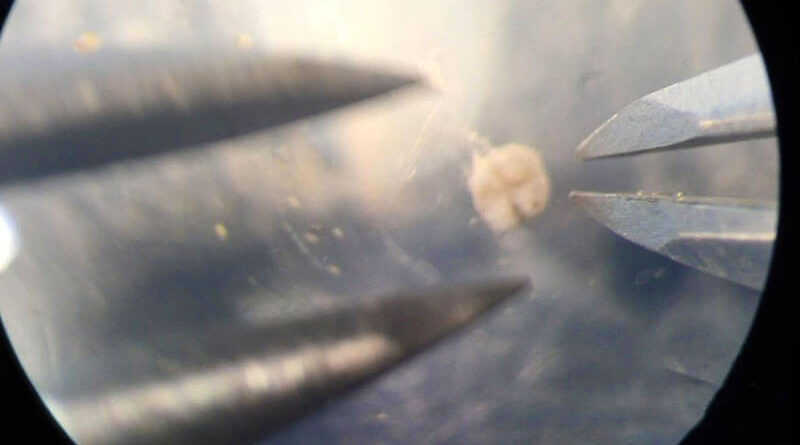 The created creatures were called xenobots (from the word “robot” and the Latin name for a frog). Their size does not exceed one millimeter, each of them contains from 500 to a thousand cells of skin and heart of the frog embryos. Thanks to the skin cells, the biorobots retain their shape and the heart cells allow them to move.

According to scientists, the life expectancy of a xenobot is from a few days to a few weeks until the energy reserves in the cells run out.

For cells to stay alive, biorobots must be in the aquatic environment. In a Petri dish, they swim in circles and are even able to move small pellets. According to scientists, in the future xenobots can be used in the human body – to deliver drugs or clean vessels from plaques.

It is noted that in the case of injuries, live work can heal their own wounds. After the end of energy, xenobots die, breaking up into dead cells, without polluting the environment. At the same time, biorobots are unable to evolve or reproduce.

Now scientists plan to create xenobots with blood vessels, nervous system and sensory cells from which rudimentary eyes will be formed. If mammalian cells are used to create them, biorobots will be able to live on land.