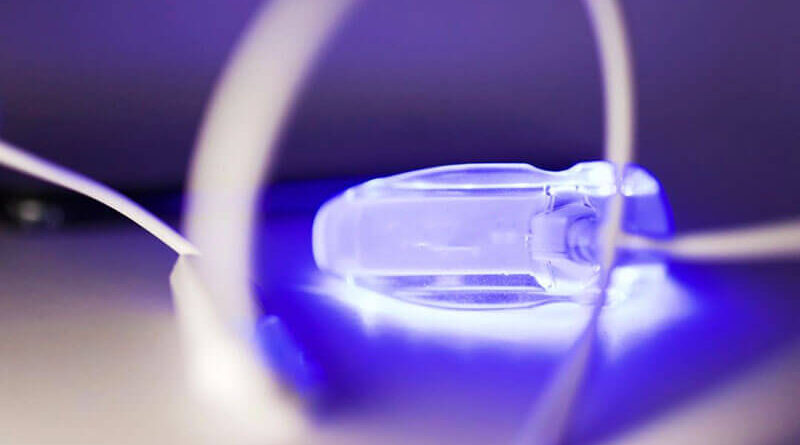 A team of researchers led by scientists from the American National Institute of Standards and Technology (NIST) has created a completely new type of LED light source. These tiny LEDs demonstrate an incredibly high level of light emitted by them, and under certain conditions, these same LEDs turn into tiny semiconductor lasers, which significantly expands the scope of their possible application.

Conventional LEDs, even if they are the brightest, for which the Nobel Prize was once awarded, have one huge disadvantage. Increasing the current passing through the LED, at first, leads to an increase in the brightness of the light emitted by it. But quite quickly comes the so-called moment of saturation, further increasing the current through the LED leads to a drop in its brightness and an increase in the amount of parasitic heat emitted by it.

This shortcoming, known as “efficiency failure”, is the main obstacle to the use of LEDs in communication technologies, medicine and other areas where high intensity light sources are required. The new type of LEDs does not have the disadvantage of “efficiency failure”, but this achievement was not the main goal of scientists. Initially, they planned to create a microscopic LED for its use at the smallest scale, at the level of chip crystals elements, etc.

The key point that made it possible to achieve such high performance of the new LED was its spatial structure. Instead of the planar (flat) crystal structure used in conventional LEDs, the new LED has a long and thin light-emitting element made of zinc oxide. Each of these elements has a length of about 5 micrometers and its structure can be seen in the first of the images shown here. The matrices of such “three-dimensional” light-emitting elements, similar to a comb, can be combined into structures whose length is measured in centimeters.

“At first, we thought that the elongated shape and larger cross-section of the light-emitting elements would allow us to transmit more electric current,” the researchers wrote. “And the first thing we tried to do was to measure the maximum current that the structure of the LED can withstand. We began to gradually increase the current, hoping to quickly reach the value until the LED can withstand and simply burns. But this did not happen, the brightness continued to increase as the current continued to increase.

Tests have shown that the new LED is capable of emitting light that is on the boundary between purple and ultraviolet, which is 100-1000 times brighter than the best existing LEDs. If conventional LEDs, whose crystal area does not exceed one square micrometer, can emit light with a power of up to 22 nanowatts, the power of light emitted by the new LED is about 20 microwatts.

Continuing to increase the current through the LED, the scientists made an amazing discovery – up to a certain point, the LED emitted light over a relatively wide range, but when the current increased to a certain limit, its spectrum of radiation narrowed and turned into two clear fixed spectral lines in the purple area. In other words, this tiny LED turned into a tiny two-band semiconductor laser.

This, in turn, opens up completely new perspectives for the new LED laser. After all such tiny lasers are the basis of chemical analysis systems, mobile communication systems of the next generation, high-quality information display devices, medical devices and much, much more.