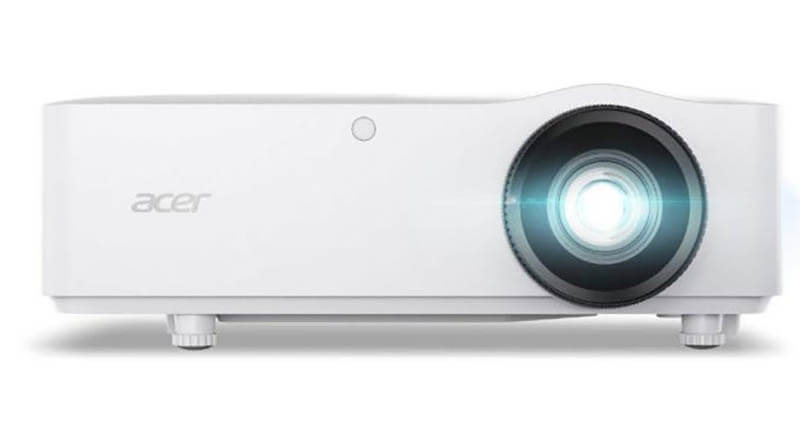 Acer today introduced its new line of multifunctional and very interesting LED projectors, focused on a variety of users and a set of goals for which it can be purchased – in particular, the company said that it has divided the new line of projectors into four divisions with indices Ul, PL, PD and VD, each of which reflects its technical specifics and capabilities. Thus, despite its employment in the development and offer of new models of notebooks and computer equipment in principle, the company Acer does not forget about the need to experiment in other areas of activity in the market.

In general, projectors are something really specialized, because, for the most part, they are responsible for certain work or entertainment scenarios – but today it became known that the Acer company has decided to change its strategy somewhat and together with it the segment of portable home projects.

Thus, Acer has already prepared the first two models called UL5630 and PL7610T, which are made with improved LED technology and have a brightness of 3000 lumens, not to mention full support for the color scheme of Rec. 709 and 120 Hz display scanning frequency – all these features in one way or another indicate that Acer intends to take its users seriously and offer quite interesting options for projectors with a variety of functions and features. It should be noted that the company also presented extended versions of PD1530i and VD610i projectors, which are already designed for the most demanding users.

It is worth noting the fact that Acer has previously had quite interesting solutions and suggestions for the preparation of its projectors, but only now these plans have been formed into a full-fledged line – so you can be sure that in the near future the company will be able to offer something really unique. In the meantime, users may look closer to purchasing these projector models at the price from 1200 to 2500 US dollars, depending on this or that configuration.