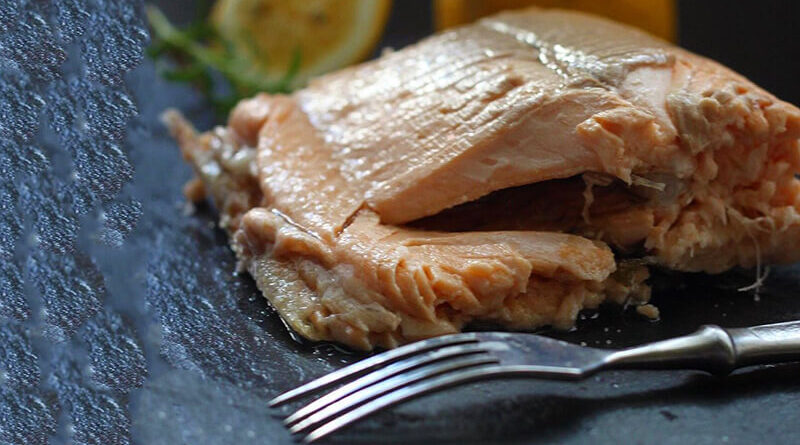 Fish is a source of elements necessary for human health. RIA Novosti offers the following information: what are the benefits and harms of fish for men and women, what is in the seafood, can it be eaten every day, and who cannot eat fish and how to properly consume it while dieting.

The value of fish in human nutrition

Fish is one of the most valuable foods that doctors recommend to include in the diet.

– As for its nutritional and culinary qualities, fish is not inferior to meat and even exceeds it in ease of digestion, which is one of the most significant advantages of the product. Fish has from 13 to 23% proteins and from 0,1 to 33% fats, the value of which is especially high, as they are easily assimilated, – nutritionist and dietary nutritionist Ekaterina Ivanova told RIA Novosti.

One of the most high-calorie fish is salmon. On average, the Calories per 100 grams of the product:

One of the most low-calorie fish is cod. Calories per 100 grams of product:

What vitamins are in fish

The amount of nutrients in fish depends on the species and where it lives.

– Vitamin A in fish contains many times more than in meat. It also includes water-soluble vitamins: C, B1, B2, B6, B12, H, and PP, – said the nutritionist.

The usefulness of fish is due to its rich composition. Vitamins, micro- and macronutrients, acids contribute to the prevention of many human diseases.

Due to the large amount of vitamins D and B group, Omega-3 fatty acids and selenium, fish can improve the function of the central nervous system.

For example, scientists have proven that omega-3s have a beneficial effect on the brain – improving memory and attention.

What is the healthiest fish

The most valuable to the human body considered representatives of the family of salmon.

– Especially useful is recognized wild salmon. It is rich not only in Omega-3, but also in calcium, which is the main building material of the bones, – explained the nutritionist.

In addition, due to the high concentration of vitamin D, fatty red fish regulates sleep. It is also able to suppress chronic inflammation.

What is Fatty Fish Good for?

– They reduce the risk of heart and vascular disease, obesity, type II diabetes and cancer,” said the doctor.

Atlantic mackerel is considered to be the leader in content of Omega-3 polyunsaturated fatty acids and vitamin B12. According to the doctor, it helps prevent anemia caused by gastrointestinal diseases.

Scientists have proved that mackerel helps to restore brain functions after severe traumas and operations. And due to its antioxidant effect, it reduces the risk of malignant tumors and a number of chronic diseases.

Harm of fish and contraindications

Dishes of fish can provoke hypersensitivity reactions, as seafood refers to strong allergens. It is important to consume fatty varieties in moderation, especially for people with GI problems, pancreatic and cardiovascular system disorders.

There is also a possibility of catching worms and parasites when consuming fish, that’s why it must first undergo a heat treatment.

What is the most harmful fish?

According to the doctor, some types of fish can be dangerous due to their content of mercury and other harmful substances. Among these are: wild sea bass, panfish, Atlantic morels, king mackerel, ruvet, cod and tuna.

Swordfish can also be dangerous because of their high value and are often counterfeit (cheaper varieties caught or raised with violations of sanitary standards).

In addition, red snapper can often be poisoned. Due to the declining population of this fish, its catching and transportation require significant material costs. As a result, it is caught illegally and smuggled, which leads to non-compliance with storage conditions and greatly increases the risk of poisoning.

Benefits of fish for women

The huge amount of Omega-3 fatty acids in fish and a wide range of vitamins and microelements in it have a beneficial effect on women’s health.

– Regular consumption of fish reduces the intensity of PMS and menopausal syndrome, supports skin elasticity, prevents the development of diseases of the mammary glands and female genitalia. Vitamin D restores the mineral balance of bone tissue and prevents osteoporosis. This property is especially relevant for post-menopausal women, – noted the nutritionist.

What fish can be eaten during pregnancy

Fish inhabiting the depths of the sea contributes to the normal development and functioning of the small pelvis organs, especially during conception and fetal growth. The most useful species in this regard are salmon, Atlantic mackerel and herring (in the absence of allergies).

– Pregnant women should eat such fish not more than 2-3 times a week, up to 150 grams, of course, in the absence of allergy and intolerance, – said the expert.

The benefits of fish for men

For example, the product contains quite a lot of vitamin D, which, according to studies, can increase testosterone levels.

River or sea fish – which fish is healthier

It is difficult to say for sure which fish is the most useful: river or sea fish, as both have advantages and disadvantages, said Ekaterina Ivanova.

– Sea fish is rich in such microelements as iodine, phosphorus and bromine. But it has much less protein than river fish. Fish protein differs from meat protein because it contains the amino acid methionine. River fish, like sea fish, contains iron, but the iron in freshwater fish is better absorbed by the body, – explained the doctor.

The balance in the consumption of sea and river fish will get all the necessary substances for the body, the expert stressed.

Fish oil is useful for brain function, stabilizing the nervous system, strengthening the immune system, the synthesis of hormones. The product is called the elixir of youth and longevity, it is prescribed for depression, high cholesterol, blood pressure.

At the same time, the substance is contraindicated in low blood clotting and taking anticoagulants. With caution, you should also use it for cholecystitis, pancreatitis, hepatitis, as well as during pregnancy and lactation.

Canned fish – are there any benefits?

Like any product, canned fish has useful and harmful qualities.

– Canned products retain some of the useful properties of fresh fish: macro- and micronutrients (phosphorus, magnesium, calcium, potassium and others), partially vitamins (eg, B group). Omega-3 fatty acids are also preserved in fatty varieties of canned fish, – explained the doctor.

In this case, it is better to give priority to canned food in its own juice or tomato dressing (tuna, salmon, beluga, hunchback, catfish, chum, sturgeon, halibut, lettuce, saury, sardinella, mackerel, hake, herring).

Because of the high salt and oil content in some canned foods, it is not recommended to eat them hypertensive people, people with kidney disease, liver disease, gastrointestinal tract and a tendency to edema.

How to eat fish properly

Can you eat fish every day?

– If you are not a child or a pregnant woman, you can safely eat fish every day in moderate amounts. However, it is better not to eat fish with high mercury content more than twice a week. 4-5 times a week give preference to diet kinds of fish (pollock, cod, perch, pike), 2-3 times – fatty (herring, mackerel, salmon), – said the doctor.

How much fish to eat per day

– The World Health Organization recommends eating at least three servings of fish per week. One serving is 100 grams of fish fillets without skin or bones,” explained the expert.

What kind of fish can be eaten when gaining weight

– Increases the volume of muscle mass and improves athletic performance cod. In 100 grams of fillet contains about 17-25 grams of protein, – told the nutritionist.

The benefits and harms of salted fish

– Such a product retains all the useful substances, but it is harmful because of the salt. Abuse of even a slightly salted version can seriously burden the heart, kidneys, liver and circulatory system. In addition, too lightly salted fish can cause helminth infections. It is best to consume no more than 30 grams of the dish at a time and no more than twice a week,” said the doctor.

Fish for dieting and weight loss

Fish is rich in protein, which increases the production of hormones that help satisfy hunger. After consuming the product, the craving for food is reduced for several hours. For example, salmon consists of 21,3% of protein, so it will be useful during the diet aimed at losing weight.

Omega-3 polyunsaturated fatty acids are also beneficial. They, according to experts from the United States, stimulate the production of leptin – a hormone that inhibits the activity of hunger centers in the brain and leads to a decrease in food consumption for several hours.

– In addition to salmon, mackerel and tuna are useful for losing weight, – said Ekaterina Ivanova.

How to choose and store fish

The eyes of quality fresh fish should be clear and convex, skin and scales should be brightly colored and not dried out, the body should be firm, the gills should be red or pink, the tail should be straight and not bent upward, and the smell should be fresh or slightly sweet.

When choosing steaks or fillets, it is important to pay attention to the edges. They should be flat and smooth, and the meat itself – dense, without rips, not flaky.

How to cook fish properly

It is best to bake fish. With this method of thermal processing the maximum amount of vitamins and minerals is preserved, and there is no significant destruction of polyunsaturated fatty acids. Less preferable options are boiling, braising (significantly reduces the amount of useful substances) and frying (releases carcinogens).