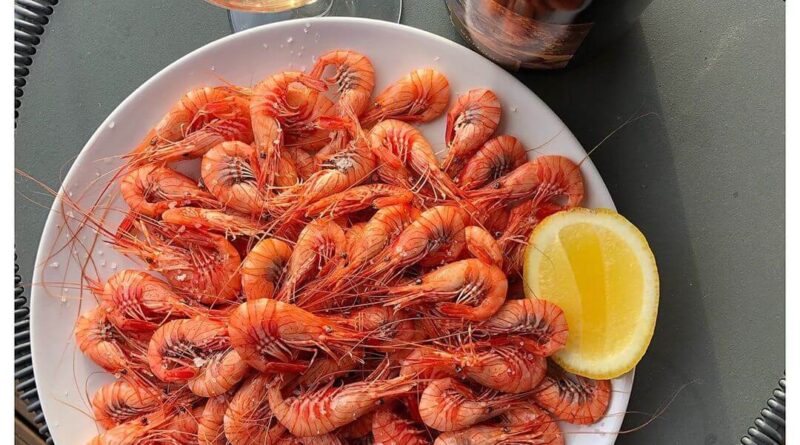 Japanese cuisine is not only fish and rice. And various seafood, namely shrimp, it has a separate and very honorable place. We must admit that not only in Japanese cuisine shrimp are a huge success. Properly prepared shrimp can find its place on any table anywhere in the world. What are the types of shrimp, how to choose the right shrimp and how to cook, we will tell you further.

How do you catch shrimp?

Nowadays, shrimp, although considered a delicacy, but they are not really surprising anyone. It’s because they’re produced on an industrial scale. All over the world, about four tons of shrimp are caught every year. Shrimp can be found in coastal and deep water. The names speak for themselves. In the case of coastal mining, shrimp are caught on small vessels near the shore and then sent on land for further processing. Shrimp, which are extracted in this way can not boast high quality. The fact is that freshly caught shrimp has an extremely short shelf life. If the shrimp is not treated within four to five hours after being taken out of the water, it can become spoiled.

That’s why most of the shrimp that have been caught deep-sea: with a huge net on a large fishing trawler. In this case, the shrimp are cooked directly on the ship, and then frozen, after which they can go anywhere in the world.

What kinds of shrimp are there?

Actually, it’s not that simple. There are at least two thousand different kinds of shrimp in nature. In fact, shrimp – creatures are not picky and feel equally well in salt sea water, as well as in fresh water.

Shrimp, which we are used to see on the shelves of shops and used to prepare various dishes, for convenience, you can divide into three types.

Atlantic or northern shrimp. This is the most common type, which can be found in any supermarket or fish shop. These shrimp can be identified by the numbers on packages or price tags, which mean the number of pieces per kilo. The most common sizes are 90/120 (which means that you will need from 90 to 120 pieces per kilogram), but there are other sizes.

Atlantic shrimp is sold in the shell and differs from other species that representatives of this species can find caviar under the abdomen. All other shrimp species do not wear caviar, and immediately throw it in the water.

Royal shrimp, which can also be found under the name shrimp vanamay. This species is not very common in the seas and oceans, but is very popular in artificial breeding. Most often king prawns are grown on special farms. They are bigger, tastier and more expensive than their Atlantic brethren. The size of king prawns can vary from 10 cm to 25 cm. Royal shrimp comes in stores, like all other shrimp, boiled and frozen.

Tiger prawns. This type of shrimp owes its name to the dark stripes along the shell. Tiger shrimp in nature is the easiest to find in the Sea of Japan, but they are also bred in large quantities on special farms. If the shell of shrimp black with pronounced white stripes, most likely this shrimp was grown under artificial conditions. Also, the tiger shrimp grown on the farm can be identified by the large size – shrimp, which grew in the sea, usually no more than 23-25 cm. Shrimp that grew on farms can be as big as 35 cm.

Tiger shrimp, which are sold in stores, do not cook before freezing, because after cooking, the shell loses its tiger color and, like all other crustaceans, turn red.

How to choose quality shrimp in the store?

When choosing a frozen shrimp, pay attention that the package was not too much ice and snow. Shrimp should not be a frozen ice monolith, you should have the opportunity to consider each shrimp. Large amounts of ice or ice chips indicate repeated repeated freezing. These shrimps are better left in the shop.

Pay attention to the shape: the stronger the shrimp has a twisted tail, the fresher it is. Straightened shrimp tail indicates that more than 5 hours have passed between being pulled out of the water and boiled. This does not always mean bad quality, but still it is better to refrain from buying such shrimp. (This rule applies to Atlantic and royal shrimps).

If the meat of cooked shrimp has a yellowish tinge, it may mean that this shrimp has suffered some disease in life and in this case, it is not worth eating.

Shrimp are very popular in all kitchens around the world. They are made with pasta, added to salads, used as snacks, and served as a separate dish. In Japanese cuisine shrimp is used not only for sushi and rolls, but also cook noodles, soups, sauces, and even dumplings with shrimp.

Shrimp are highly valued around the world not only because of their delicate taste, but also because of their beneficial properties. Shrimp meat is rich in protein, calcium, phosphorus, and various vitamins, while being very low-calorie.