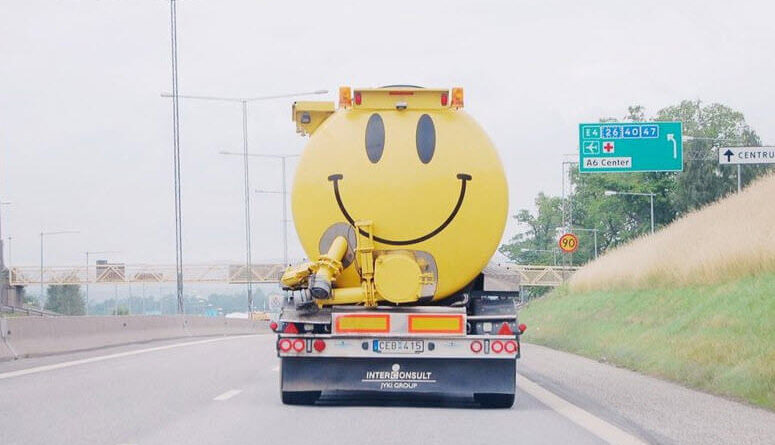 Have you noticed that sociable and intellectually advanced people often have a great sense of humor? Their lives are brighter and there are fewer problems?

Is there a connection between intellectual development, communication skills and a sense of humour? After all, people who can heartily laugh at themselves or find funny moments in difficult, neglected situations attract interlocutors. With them it is easier and more interesting to communicate, it is they who become the soul of the company and easier to find a way out of life’s problems.

What is the difference between laughter and humor?

Development of sense of humor

The psychological component of the sense of humor is very deep and subtle. Such notions as laughter and humor should not be confused. Laughter can occur for a variety of reasons. And a person with a deep sense of humor will laugh only at witty jokes, which are based on the intellectual core.

When a man is truly funny, he does not always want to laugh out loud. The subtlest humor remains inside, manifested by a warm attitude to the person.

Laughter is directly related to the experience of positive emotions. A person can smile in those moments when he feels happy. And a good sense of humor depends on a developed intellect. This trait is manifested in the ability without fear and fear to ridicule themselves, to quarrel about their mistakes and flaws. This skill is a testament to personal maturity. A good sense of humor allows you to look at yourself from the outside, without plunging into self-criticism and condemnation. After all, our words are not always decisive, and our environment may be quite different from what it seems to us at first sight. And if you look at your life with humor, you can find a way out of many problems.

People with a developed sense of humor are not selfish. They don’t have an ignorant confidence in their own unqualified rightness. They do not seek to impose their opinion on others, know how to leave their own conclusions and thoughts about other people or about different situations. Such individuals often live in harmony with their inner self. They feel happy “here and now”, less exposed to public opinion. It is pleasant to communicate with them regardless of the situation and social status.

What gives them a good sense of humor?

A sense of humor is one of the most important traits of character, which is the first thing you unwittingly pay attention to. In fact, it speaks about the man himself much more expressive appearance or high erudition.

A sense of humor helps people to look at many difficult situations without plunging into negative experiences, thus creating a positive context. This approach makes it easier to treat failures and defeats, which are almost impossible to avoid in real life. Humor defuses the situation in complex, tense situations. It allows distraction from difficulties and problems at least for a short period of time. Without subtle jokes and life seemed to us sad and boring. Therefore, the development of a sense of humor is of great importance to any person.

What does a sense of humor depend on?

Look around you, not all of your acquaintances know how to make jokes, hitting others with wit and charisma. But, besides them, you may find people who do not understand even simple jokes. Perhaps, you are used to it and perceive people as they are, understanding that the developed sense of humor – a property of character, inherent in not everyone.

The presence of a sense of humor depends on:

Scientific rationale. The same areas of the brain are responsible for the perception of jokes as the feeling of pain. It’s the zones of human frontal lobes that react when something goes wrong with the standard scenario.

All jokes can be called a product of the reaction of the human nervous system to the emerging paradox.

When the system of perception of the world does not fit into some factors, a person with a sense of humor begins to ridicule them, so he unconsciously defends himself from the problems.

Inconsistency. Many people who have a developed sense of humor and constantly joke about people or situations around them are susceptible to depressive disorders and strong emotional feelings.

Often people whose sense of humor is known all over the world have suffered from mental illness or have committed suicide.

A prime example of this personality is Robin Williams. Bright and beautiful clown mask perfectly hides from people around him with a severe form of depression.

Closed people. As for introverts, it is difficult to identify the main reasons for their closed nature and manners. It is possible that such people are closed from society, because it is difficult for them to openly express their experiences, thoughts, to publicly express emotions.

If a person is silent and uncommunicative, this does not indicate a lack of sense of humor.

In any team, a sense of humor is attributed to those who are openly joking, able to wittily beat any situation, quickly come up with ideas and do not hesitate to speak out. However, closed people often have the same potential, but do not seek to show it. They are able to feel full, happy individuals, and not broadcasting their sense of humor outside.

A person with a sense of humor is always more attractive than those who joke reluctantly or not at all pronounce and accept jokes. In any business – at work, in business, in family life, even at important meetings – a relevant thin joke will distinguish you and make a good impression. No matter how serious the person is, he always remains a person, and humor helps him to show human qualities. Possessing a sense of humor – it is easier to look at everyday problems, creating a favorable emotional background for their solution. To communicate with people with a developed sense of humour means to form a circle of communication around yourself that contributes to this.