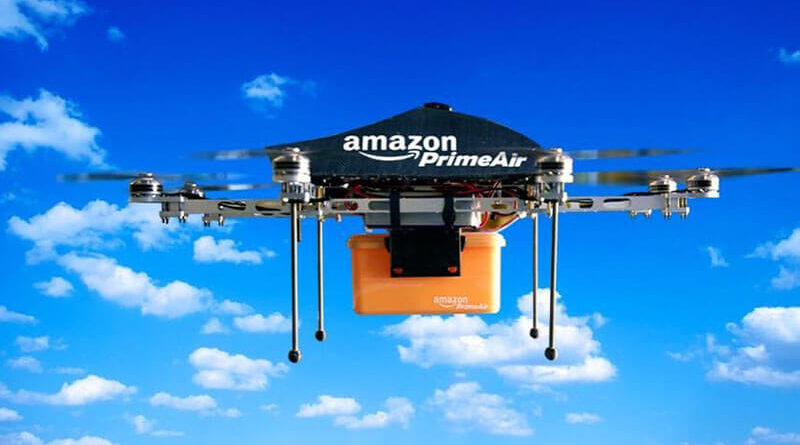 The world’s largest e-commerce platform, Amazon, has received permission from the U.S. Federal Civil Aviation Agency (FAA) for commercial delivery of cargo by drones. This is reported by the information publication Bloomberg.

Amazon was the first company that seriously started talking about mass delivery of goods using special drones. It happened in 2014, but since then, she, as well as other companies interested in this area of business, has been constantly denied by the FAA Commission for the commercial use of such equipment.

Amazon has finally received the status of an air carrier and now can launch an extended testing of transportation with the help of drones. According to the source, it is likely to take place in the Northwest USA. Earlier, similar permissions were received by Wing and UPS. The former works with Walgreens and FedEx Corp. and uses drones to deliver small parcels to small distances in Virginia since last year. UPS uses drones to deliver medical supplies to a hospital campus in Raleigh, North Carolina.

Amazon is committed to using drones as part of its Prime Air service. As early as last year, it said it would use the MK27 series of delivery drones to deliver goods weighing no more than 2.5 kg. It is expected that delivery to the customer’s door will be carried out within a radius of 12 kilometers from the warehouse within no more than 30 minutes.

At the moment, U.S. law prohibits such operations. The next stage before the launch of a full-fledged delivery service will be the finalization of federal aviation laws by the Federal Civil Aviation Agency of the United States. In particular, they will specify the requirements for defendants and owners of drones, as well as make amendments to regulate the height of drone flights over populated areas. It is expected that these amendments will be adopted before the end of the year.

The MK27 series drone was introduced by Amazon last year. It has a hexagonal frame, is capable of vertical takeoff and landing like a helicopter, and while in the air, it tilts towards the movement for greater efficiency. The drone is equipped with a different set of smart sensors, which allow it to make an accurate landing at the place of delivery of goods, bend around obstacles such as power lines, as well as not endangering people and pets.