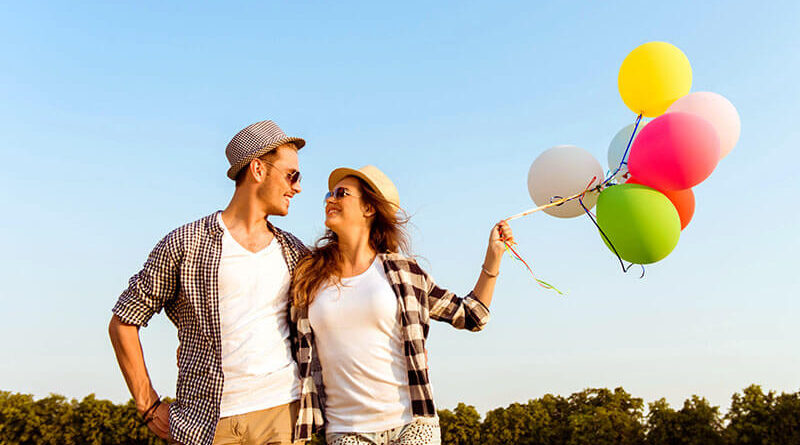 Love is a game in which two people can play and both win.

It’s okay at first. Kissing in the park, walking by the handle on the alleys, hugging, joking, ice cream on the bruder landscape. How lucky to meet such a beautiful man! You’re out of time, in your galaxy for two. You both seem to be perfect and you have the perfect relationship. A month, two, three.

Then the fairy tale slowly dies down. Both initially showed themselves to be super beings and both believed in this illusion. As time passes, it becomes harder to hold the bar. As long as the hormones worked, you were like doping athletes. You felt a burst of energy, enthusiastically pampered each other and thought that in the future you would not be angry and grumble towards the object of passion.

Now that the doping had dried up, the roughness in the character of the person they loved became visible. And you can no longer match the picture that was presented instead of your real character. More and more often you show sharpness and take care of your partner is a little lazy. Perhaps you were not quite wearing pink glasses and something in the behavior of a loved one was worrying, but you thought it was not important or can be corrected in the future.

The collapse of illusions happens to everyone. If it is not frightening and you, in general, comfortable with the person, there is a desire to build a strong love connection – it’s time for both to grow. Relationships between people are wonderful because both partners can develop each other and become better. Learn to feel life in a new way.

Signs of a perfect relationship

In society, the concept of ideal relations is blurred. People pay more attention to roles and the distribution of responsibilities. A good woman cooks deliciously, rubs it to perfection, nurtures it carefully, does not cheat it, follows herself. A good man earns good money, talented nails shelves, does not cheat, gives gifts, carries on his hands. How to talk and treat each other, society does not specify. Sometimes there are couples who feel intuitively how to behave with a partner. By reading the signs of a perfect relationship below, you can see if you are intuitive about these couples.

You are not afraid of being imperfect. If a woman half an hour before waking up a man does not sneak tiptoeing into the bathroom to brush and makeup, it’s okay. If a man shamefully doesn’t hide his scar from his appendicitis, it’s okay.

It’s not just about physical deficiencies. When you open your partner’s weaknesses, you subconsciously feel no threat.

You trust each other. If you take a man on a business trip without thinking he’ll be met in another city by an alliance of unscrupulous girls, it’s okay.

On the condition that he also escorts you on a trip without fantasizing about your vacation.

You feel supported. You feel your partner believes in you in a difficult life situation.

After talking or silently hugging him, you feel that you are not so bitter and scared.

You express your wishes, talk about what’s on your mind and listen when your partner talks about it.

You talk about sex. One of the main reasons you’re in a union is physical attraction.

When you openly find out with your partner how to improve sex, talk about your desires and listen to your partner, the bond is stronger.

You are similar. With intelligence, attitudes, values, goals.

You can be different in character, ways of expressing yourself. You must be interested in spending time together and feel that you are on about the same wave.

You respect each other’s privacy and desires. If one of you wanted to sign up for yoga, the other one will follow or not prevent. You give advice to each other, in extreme situations you insist on making a decision.

For example, when one of you has a bad habit and wants to get rid of it, and the other helps to do it.

Based on attention, care, respect – that’s what a perfect relationship should be like. Of course, there’s no need to forget about love and sexual attraction.

For you to live brightly, interestingly, and realize the most daring dreams, Dmitry Karpachev and Anna Kushneruk developed a special online training “Cinderella’s Way”.

How to build a perfect relationship

Express your thoughts and emotions in a non-violent way. This means speaking calmly, without accusations or insults. Talk about everything that bothers you, without avoiding any topics.

Ask your partner what he’s confused about and sincerely try to understand him.

Keep a balance between “must” and “want”. People are strained by commitments in relationships. When you want to go shopping with your girlfriend, you have to cook dinner. Okay, when your “must” and “want” are balanced.

For example, in the case of shopping, you move the meeting by an hour and put the pot on the stove. You do your duties, but you do what you want. Your partner does the same: Pick up your child from the garden and play at the computer later. It is important to avoid distortion so that one partner does not do only what he wants and the other only what he has to do.

Make a habit of asking each other about what they want. Not only about the long term, you can talk about plans for the evening or the next half hour. Satisfying a small, short-term “want” partner is not difficult, but effective. In his consciousness, you will gain a foothold as a person who gives joy.

Remember about reciprocity: let him please you in return.

Support each other. If your partner is starting a broccoli growing business, help him pick up the seeds, not make jokes.

Broccoli does not inspire you at all? Just be there and support each other with words, hugs.

When a woman made apricot jam pancakes for breakfast, she was caring and worthy of gratitude.

Keep the balance between “give” and “receive.” You and your partner should exchange equal amounts of energy and action. That is to feel whether you are not too intrusive or, conversely, indifferent. If your partner calls you, on average, once a day, you should not dial his number every fifteen minutes and ask if anything has changed in his life during this time.

If he’s helped you in anything, help him out. While he’s watering your geranium, polish his shoes to shine.

Remember, you’re both ordinary people. At the beginning of a relationship, every couple is a union of a super-man and a super-woman. She thinks she has enough energy for a few thousand borschtas, and he’s sure his hands will never get tired of wearing it.

People idealize themselves, and then, after a while, they don’t meet their expectations. They’re also unwittingly deceiving each other. Don’t overstate your expectations of yourself and your partner.

Don’t remember the past. Try not to go into a new relationship with old suitcases. A new partner does not need to repeat the behavior of the former, how you were offended and underestimated. It’s your experience, it’s valuable because it helped you draw conclusions.

It is worth waving at him and building a new love without making old mistakes.

Keep the relationship intimate. It’s important not to let strangers into your fragile space. From parents to social network subscribers. It doesn’t mean that you have to give up communication at all, but other people shouldn’t be involved in your heart affairs.

If you want to learn how to be happy in a relationship, register for the free online training “Cinderella’s Way.

Is it worthwhile to strive for a perfect relationship?

Absolute perfection is unattainable, every person is imperfect. It carries a unique baggage of beliefs of society and parents, child trauma, experiences. They do not always coincide in pairs, so an ideal relationship between a man and a woman is unlikely. Two non-ideal people will not create a perfect union. At the same time, by developing each other they become better than yesterday, and then become better relationships with each other and with the world at large. That’s why it’s worth pursuing the ideal.

Kipling has a fairy tale “Where the Armadillos came from”. It tells the story of how painted Jaguar hunted Bitch Hedgehog and his girlfriend Turtle. He’d roll up a ball and stick out his thorns, so the Jaguar wouldn’t touch him, but as soon as the Jaguar pushed him into the water, he’d turn around because he couldn’t swim. The turtle could swim, the Jaguar couldn’t hunt it in the water, but he could easily scratch his paw out of the shell on land.

To defend themselves, Yozh and Turtle began to teach one another: she could swim, he curled her up with a ball. They studied so diligently that they ended up not looking like themselves and are now called Battleships. And no Jaguars touch them anymore.

This fairy tale illustrates how by joining forces we can become better, live in harmony, get closer to realizing our goals.

Perfect relationships are not a goal, they are a path!