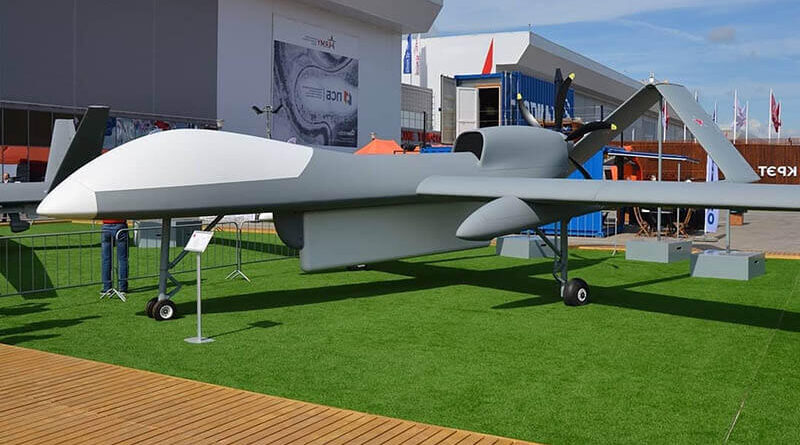 The fabric painted with this paint absorbs the radiation of optical and infrared sensors of UAVs and guided missiles, preventing their targeting, Sputnik Armenia writes.

A team of Armenian scientists created a paint during the war that increases the protection of equipment and people from guided air strikes.

Similar materials are created in other countries, but naturally, no one is eager to share them. That’s why it’s better to have such technologies ourselves than to ask others, said Aram Manukyan, one of the authors of the technology, candidate of physical and mathematical sciences at the Institute of Physical Research of the Armenian Academy of Sciences, in a conversation with Sputnik Armenia.

The Armenian technology is practical because it requires neither expensive or rare components nor complicated technological processes, he added.

This paint absorbs light and thermal (infrared) radiation and thus prevents drones and guided missiles from aiming. When a drone spots a target to strike, it sends laser beams at it. The drone determines the coordinates of the target by how much and from what point these beams are reflected (about the way a blind man on the street taps the sidewalk around him with a cane). Therefore, if the beams are not reflected from the target, the drone or guided missile will not be able to aim itself.

In nature, of course, there are almost no substances that completely absorb light radiation, but it is possible to get substances with absorption of 95% or higher. Then the reflected rays would be so weak that the drone would not be able to catch them, or would be forced to sink too low, where it would be easier to shoot it down. And if it’s not a drone, but a guided missile (which is launched by targeting), it will catch that beam too close to the target and won’t be able to adjust to it in time.

Of course, you can see all target coordinates from the satellite (especially since Azerbaijan has two space satellites). But even if you set precise coordinates for the strike, no missile or kamikaze drone can hit with an accuracy of a centimeter, their radius is at least a few meters. And if you make it difficult for the enemy to aim in this way, it will significantly reduce the accuracy of its fire.

“When I presented this development, I was asked, ‘But the drone will still see us, right? What do we do?”. I told them, “Well, if you really want to do something, you can show it from below. Just kidding, of course… They can’t see you, but they certainly can’t shoot you. That’s not bad either,” says Manukyan.

There is some truth in the joke about the cap of invisibility. The paint, as we noted, also absorbs the heat rays that are caught by the night vision equipment. This is why if you put a colored cloth over the body armor and helmet, at night the soldier will be invisible to such sensors.

A number of other countries have already mastered the technology much earlier. In Armenia, it is being created only now, because, unfortunately, in all the years gone by, scientists have never had such tasks. They had to “think up” what the army needed instead of the state.

“We saw what everyone saw – a video of our forces being hit from the air – and we felt what everyone felt. After that, we got to work and in two months we created the paint, researched it. If we had started it before the war … I guess we should have thought about it ourselves, too, instead of waiting to see if the state would think about it,” Manoukian says.

“But you’re a physicist, not a general. You can’t know better than the military what’s needed for the army,” we object.

“I don’t quite agree. Right now everyone is looking for blame, and I want to think about what I could have done, and what I can do now. Both me and my colleagues,” answers Manukyan.

He emphasizes that he did not work alone, but with a team of physicists and chemists from different institutes. Together they determined the composition of the paint and tested it in detail: on different coatings, with different thickness of application, at different angles of radiation and with different intensities. In all tests, the paint consistently absorbed at least 95% of the rays. It took just over two months to do everything.

“How did it get so fast? We worked, we didn’t argue about who was smarter, whose contribution was bigger. Especially – who loves the country more. You know, now if a working scientist stays in Armenia, despite all the opportunities to find a job abroad, it means he loves the country. It’s with this understanding that we worked, and we didn’t ask for funding for materials and developments. We have worked by ourselves and tried to finish it as soon as possible,” Manukyan added.

Prospects of using the new paint for defense purposes are already being discussed at the Ministry of Hi-Tech Industry of the republic.