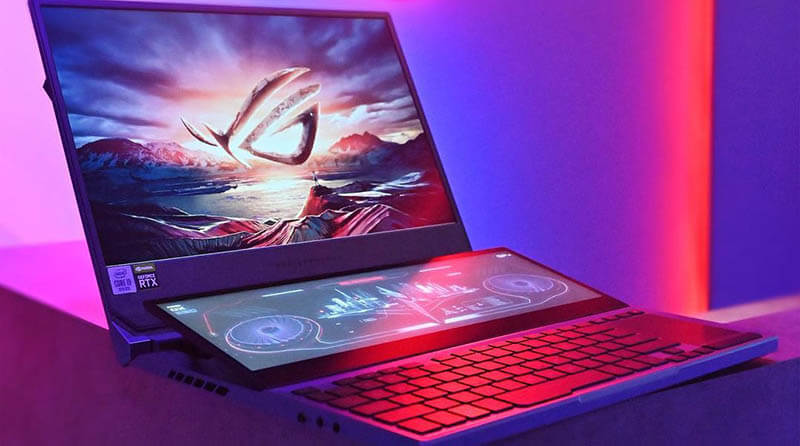 The line of Asus ROG Zephyrus Duo laptops will soon be replenished with a new model. Today it became known that Asus is developing an expensive laptop with two screens – ROG Zephyrus Duo 15 SE (GX551Q). He will receive an Intel Tiger Lake-H processor. In particular, in this case we are talking about the Core i7-11370H – a quad-core processor with frequencies of 3.3-4.8 GHz.

By the way, the fact that this CPU is quad-core is somewhat alarming. According to rumors, the Tiger Lake-H line should include octa-core processors. If we look at the modern Comet Lake-H, we will see that the Core i9 has eight cores, and the Core i7 – six. Here we see a Core i7 with four cores.

But so far it is not necessary to put a cross on this line. Returning to the laptop, he will definitely get a discrete video card, but there is no exact data on this account.

Given the CPU, you can expect a fairly productive, but not the flagship adapter. It is also about 48 GB of RAM and a 280 W power supply.

Probably, the announcement of the novelty will take place at CES 2021. At the same time, whatever the configuration, the laptop will be very expensive.