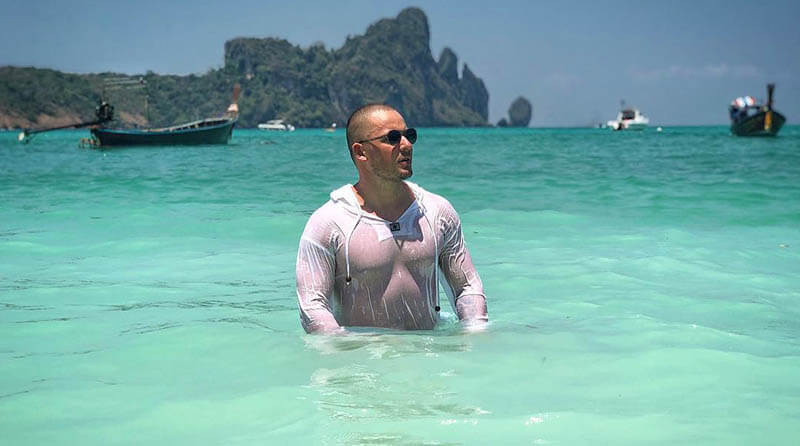 Especially to bald or balding men, because today I’m dedicating my article entirely to you. Why men are afraid of going bald. How are bald men different from their “hairy” friends? What benefits do bald men have.

Well, and for starters, a little statistics related to bald (or balding) men. So, about all of this read below…

Dear bald (or balding) men, this article is to support you, because I know that among you there are a lot of people who are complexed

about their alleged defect. I will try to dispel your worries about your baldness, and prove to you that baldness – it is not a flaw, and an advantage!

So why are men afraid to go bald? Most likely, they believe that with the hair they lose their masculine dignity, their self-confidence. Many men think that baldness makes them “second-rate goods” or “not the first freshness. Hence the large number of complexes. Many men say that as soon as they noticed that they began to go bald, they felt totally unprotected, disarmed, if you will. But enough about the unpleasant, because the purpose of this essay, on the contrary, to show the benefits of bald men, to convince that Baldness is not terrible!

The first and most important thing that should reassure you, dear bald men, is that about 40% of women prefer bald men. And this is not a myth at all! It’s a STATISTIC, and therefore – the undeniable truth. Explain to me who said that hairy – is good and bald – is bad? Most likely, the owners of the clinics for hair extensions and manufacturers of all kinds of shampoos and other chemicals for the pseudo-help bald.

I agree (and this is also a statistic) that bald men are more prone to cardiovascular disease. And who says that hairy men are healthier than bald men or not susceptible to other diseases? No one!

But you, bald men, produce more of the male hormone testosterone. Perhaps that is the secret to your sexuality? 😉

Did you know that according to the same statistics, the frequency of intercourse among bald men is higher than among hairy men! Is that a bad thing?

Many women (myself included) believe that bald men are more masculine than their hairy counterparts.

About 30% of executives are bald men!

More solid and business men are believed to be bald men!

The men themselves are wary, as rivals, of bald men!

And finally, a bit of interesting. German scientists have found a link between bald men and their mothers. Yes, yes, not fathers, but mothers, or rather with an anomaly of the mother’s gene. Therefore, traced not to the balding father, but to the grandfather, on his mother’s side.

In the United States, in the city of Houston, there is a restaurant where a completely bald man can eat for free.

In almost every country in the world there is a movement for the rights of bald men. And Russia is no exception.

And in conclusion, I would like to add that the most important thing is not on the head! And all our complexes associated with baldness, short stature, fullness, or anything else, it’s – nothing more than a “harmful sprout,” which, if you want, you can easily root out!

Turn your flaws into your strengths!