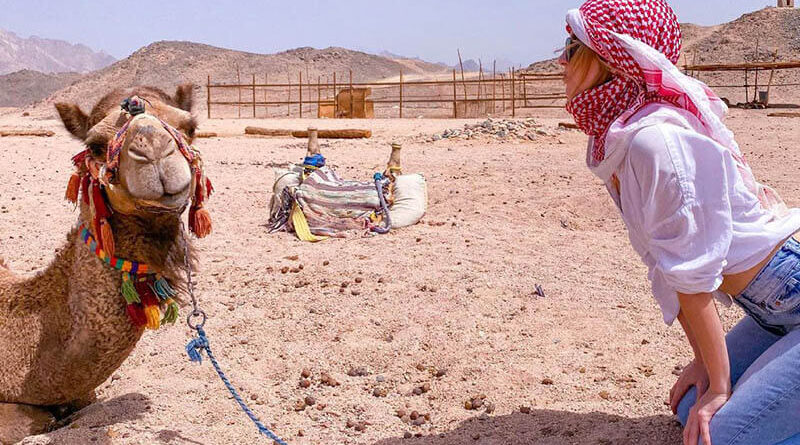 Visiting a Bedouin camp is a popular attraction for tourists in Egypt. It is usually offered during daytime jeep safaris or ATV rides. There are evening tours, including a sunset in the desert, Bedouin dinner and entertainment show with Bedouin songs and dances.

Of course, all this is a sham created especially for tourists and has nothing to do with modern Bedouin realities. Most of the Egyptian (and not only) nomads now lead a sedentary and quite civilized life, although they remain faithful to tribal traditions. And the life of a few nomadic tribes nowadays is strikingly different from that which their ancestors led even 50 years ago.

To get acquainted with it, it is best to go to Sharm El Sheikh. Sinai is the traditional home of the Bedouins. Currently, the peninsula has several protected areas, which are divided between the local tribes. There are a total of eight of them. I will tell you about the largest and most interesting of them.

On their own visits to Bedouin settlements in Egypt, tourists are strongly discouraged, but there are places where this ban can be bypassed, for example, in the most remote area of Sharm El Sheikh – Nabq.

It is home to one of the largest and most influential Bedouin tribes, the Al-Mezain. The traditional occupation of these nomads is fishing. They camp on the shore, sometimes right next to the beaches of local hotels.

You can meet the representatives of the Bedouin clan El Tarabin if you go on vacation to Nuweiba or Taba. They have practically abandoned the nomadic life, have quite substantial houses and have entered the tourist business – they supply traditional Bedouin jewelry and carpets to souvenir stores, work on excursion programs, have cafes and shops.

Another legitimate way to meet real Bedouins is to take a trip to Mount Moses. Here you will meet one of the most mysterious tribes of Sinai, the Jebeliya. It is a mountain tribe and lives in a small area around the monastery of St. Catherine.

The Jebelia are the only clan whose representatives do not consider themselves Arabs. According to legend, the ancestors of the Jebelias were Roman soldiers sent by Emperor Justinian I to Sinai to protect and assist the local monks. Today’s Jebel are Muslims. But this does not prevent them to perform the functions once assigned to them to protect the Christian shrine.