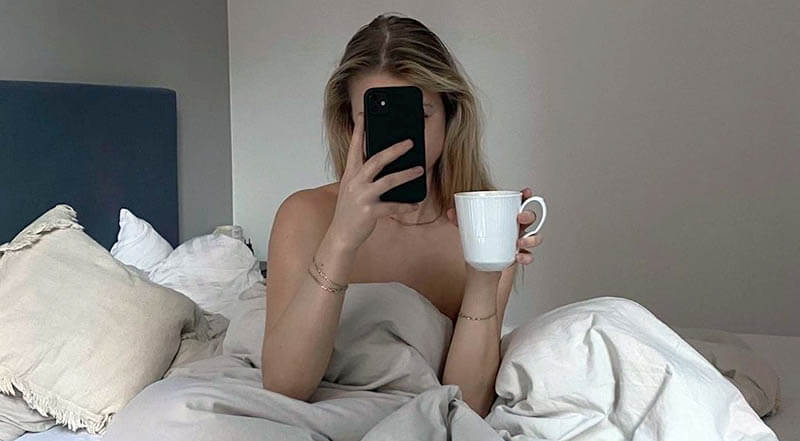 Eating meals at night is something that supporters of healthy eating consider if not forbidden, then very undesirable. They say that they promote weight gain and impair sleep, interfering with recovery – energy is spent digesting this addition to dinner. Does the scientific evidence agree with this opinion?

Whether it’s worth eating before bedtime is a question that remains controversial. On the one hand, many experts argue that for weight maintenance, the most important thing is to have a balance between calorie intake and expenditure. If the goal is to lose weight, it is necessary to create a caloric deficit and consume more calories than the body receives. The caloric content of foods and meals does not change depending on the time of day; thus, it is the total amount of food consumed that is more important. On the other hand, scientists do have an argument for avoiding bedtime meals.

The origins of the problem

Snacking (or even full meals) before bedtime is a problem because many people experience intense feelings of hunger shortly before going to bed and most often cannot resist it. This may indicate, for example, that the body is not getting enough nutrients during breakfast, lunch, and dinner throughout the day. Perhaps these meals are unbalanced, creating a need to “get” the nutrients that are missing. Scientists have noted that after a late-calorie dinner, many people eat less for breakfast or skip it altogether. Then a “snowball” of late supper and bedtime snacks form, which are difficult to control in terms of calories.

But it may be more than just a matter of whether or not your diet is properly structured. Scientists from Johns Hopkins University in the United States have found that high levels of stress lead to higher levels of ghrelin, the hunger hormone, and the increase was stronger in the evening. This explains the craving for night snacks in those who are subject to stress in everyday life. If you notice that you have become prone to overeating before going to bed and are worried about it, you need to work with eliminating it.

During sleep, the metabolism slows down by an average of only 15%, and this would not seem to pose a critical risk of gaining extra pounds for those who eat at bedtime but keep track of the total caloric intake during the day. However, experts have still found evidence that eating before bedtime provokes weight gain. Researchers from the Endocrine Society conducted a study involving 20 healthy men and women without metabolic disorders. Some of them ate the same dinner at 6 p.m. Others were offered it at 11 p.m. It turned out that the group with the later dinner had higher blood sugar levels (the peak value was 18% higher than for those who ate dinner early). In addition, their bodies burned 10% less fat at night. The effects of this eating pattern may be more significant in overweight and obese people.

It is not a myth, but the truth, that those who allow themselves a snack before bedtime sleep worse and recover overnight. A study was published in the scientific journal Journal of Clinical Sleep Medicine that involved more than 50 women and men. During the three-day follow-up it was found that problems falling asleep, poorer quality of sleep, and nighttime awakenings were more common among those who did not avoid snacks later in the day. By the way, these troubles were most pronounced in women.

How do you feel during the day?

And what happens in the morning? In a recent study that appeared in the pages of the Journal of Applied Psychology, scientists say that unhealthy snacks before bedtime affect not only the quality of rest at night, but also how the rest of the following day goes. After the night eating disorders that create emotional instability (particularly due to feelings of guilt), people may change the usual behavior: it is more difficult to interact with others, they feel closed. In addition, ailments such as headaches can occur. So those who try not to eat at night feel better both physically and on the level of mental health.

Many adepts of healthy eating are against having a diet and eating schedule built on strict bans. It is best not to impose them on evening snacks either. Wayne State University found that a compromise can be an extra meal that is pre-planned and “allowed” after the main dinner. In the study, it was cereal with milk. According to the results of the four-week experiment, people in the group with this snack 90 minutes after dinner were able to lose more extra pounds than people without the extra meal. The number of calories they consumed in the evening was lower than in the group without the second meal.