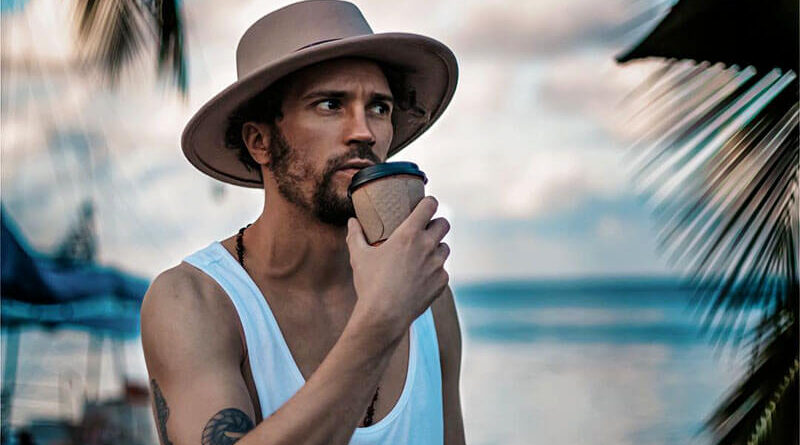 A person rarely asks himself questions about the appropriateness of a thing. If he wants, then he dresses without hesitation. The undoubted advantage of this behavior is that we can very easily and often successfully create interesting images that other nationalities might not have thought of. The downside is that next to this is also ignorance in combinations of clothing items, which in many cases outweighs the scales.The issue of headgear for a Russian man is all the more little studied. In this regard, we do not even have any special customs or norms. We simply wear a hat either when it’s cold, or when it’s hot, or we wanted to. So, we feel free. But what if you add a little global knowledge. So, we can make our stylistic creativity even more beautiful.

Moreover, sometimes it is necessary to take into account such nuances as head size, height and weight. Without an understanding of these little things, a beautiful-looking headdress can nevertheless look ugly on a person. Content Panama Work cap Fedora Baseball cap Keppy Beanie Trilby Panama

It sounds ironic enough, but the Panama men’s hat was created for the first time in Ecuador. I don’t know if such a name is a bad joke of Ecuadorians, but we see how popular the hat has become in the world.Many unknowingly call Panama almost all summer hats, although this is not correct. At least once you should wear this hat in the scorching sun. You will be surprised how much she can protect her head and keep her cool. White or cream color will be just right. Work cap

You may find such a wardrobe item inappropriate for a man who subtly approaches the formation of personal style. Until you see how often these hats are used by fashion lovers of vintage items and connoisseurs of working style. It’s not just like that.That’s because the presence of such a hat initially already surprises the person who met you. Especially if you have not used such an item before. If you can beautifully combine this headdress with other elements of clothing, then surprise can be replaced by admiration for your look and its categorical unusualness. Not for the faint of heart. Fedora

Fedora is the gentleman’s most versatile headdress. Previously, she was associated only with English dandies. Now it has acquired an absolutely universal character, maybe even thanks to Farrell Williams, who used it in an informal style.Fantastic soft felt hat evokes a sense of classic style. Traditionally, the hat field leans slightly in front and slightly upwards in the back. It remained a hallmark of the entire 20th century. Yes, such a hat stands the test of time. Journalist and author Gay Talese say: “Since childhood, I wore felt hats. My father was a very stylish tailor, and one day he told me: “No man is fully dressed without a hat.”Talis has learned this lesson well and owns about 40 models. He wears his felt hats with a suit and tie. Having once bought a felt hat, you will be grateful to yourself more than once. Whether it’s an evening walk in the cold city, or a meeting in a restaurant, Fedor will help you out all the time. At the same time, not only protecting your head, but also describing you as a specialist in understanding the details of the male style.

Baseball cap, probably the most popular headdress for men of the XXI century. And not only because they are worn by everyone from presidents to hip-hop stars. But also because new generations are more and more fascinated by the culture of free clothes, independence from the requirements of previous generations. But I think it’s not worth going into the highs. But putting a baseball cap on the nature, on the beach and playing basketball with friends is the best option. Keppy

The best example of wearing this cap is shown in the gangster series Sharp Visors. In the series, it is used as an indispensable element in a formal wardrobe. We can often use it during Friday walks. It’s amazing how diverse this hat can be. Either the great artists and scientists of the Renaissance wear it, or it is flaunted by the gangster gangs of Birmingham, led by Killian Murphy. Probably something unites these categories of people. Beanie

A hat is a durable men’s hat that was worn in the navy at the docks and worn by Frank Serpico. However, now you will find hats in more elegant fabrics than their woolen predecessors, such as the cashmere offered by The Elder Statesman, and they remain popular even among those who have never struggled with something more demanding than a MacBook keyboard. And for a good reason – this hat is comfortable and practical.“I started wearing a hat when I was about eight years old, and red has always been my favorite color,” said Alexander Matthiussi, a designer from the Paris brand AMI. “I feel very protected.”Aaron Levin, vice president of men’s design at Club Monaco, bluntly says: “They are functional, they are simple, they are timeless – they are a safe blanket for your head.” Trilby

Trilby looks like a felt hat with smaller brim, which traditionally goes down sharply in front and behind. This is the hat that has existed since the end of the 19th century and therefore has a classic element. James Bond Sean Connery wore such a hat with a suit with Savile Row, and he looked with a hint of playfulness.