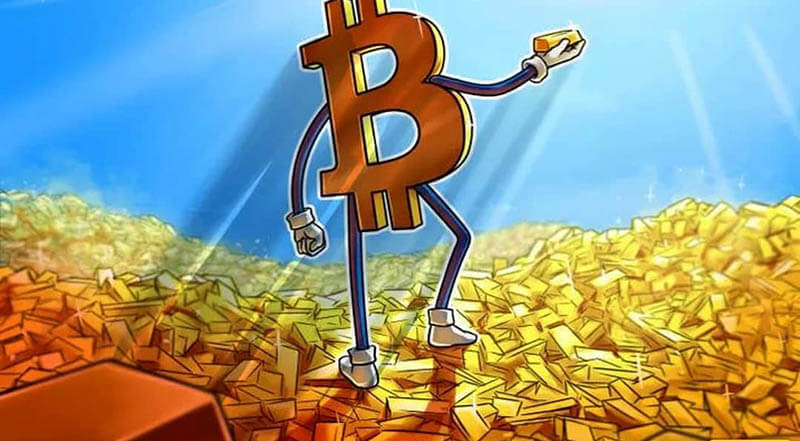 During the day, the rate of bitcoin fell by more than $ 2,000. against the background of rumors about possible market regulation and the desire of investors to make a profit. The rate of cryptocurrency bitcoin for the day fell to a minimum in the last 10 days, the maximum fall for the day was 13%, writes Reuters. On November 25, the cryptocurrency rate peaked at $ 19,521, the highest level in three years. However, on November 26, the value of bitcoin fell sharply. But at 18:00 Kyiv time it was $ 16,915.

The maximum drop during the day was $ 2,600. Since the beginning of the year, the bitcoin rate has risen by about 140%, almost reaching a record high of $ 19,666. This growth has been driven by demand for riskier assets, perceptions of its resilience to inflation and the expectation that cryptocurrencies will be widely recognized.

The cryptocurrency rate collapsed after a tweet from the CEO of Coinbase Inc. Brian Armstrong, in which he suggested that the United States is considering new rules that would undermine the anonymity of digital transactions. “Last week we heard rumors that the US Treasury and Treasury Secretary Mnuchin plan to adopt some new rules regarding autonomous cryptocurrency wallets before the end of his term. I am concerned that this may have unforeseen side effects, and I would like to share these concerns, “Armstrong wrote on Twitter. Thus, the fall in the exchange rate was caused by fears about the regulation of cryptocurrency, as well as the withdrawal of funds by investors.

The US Treasury Department did not immediately respond to the agency’s request for comments during non-business hours. It is noted that over the 12-year history of bitcoin, the rate of this cryptocurrency has repeatedly risen to record levels, but then plummeted. Investors hoped that by 2020 the cryptocurrency market has become more mature and the fall of three years ago will not happen again. In addition to bitcoin, the exchange rate collapsed and other popular cryptocurrencies.