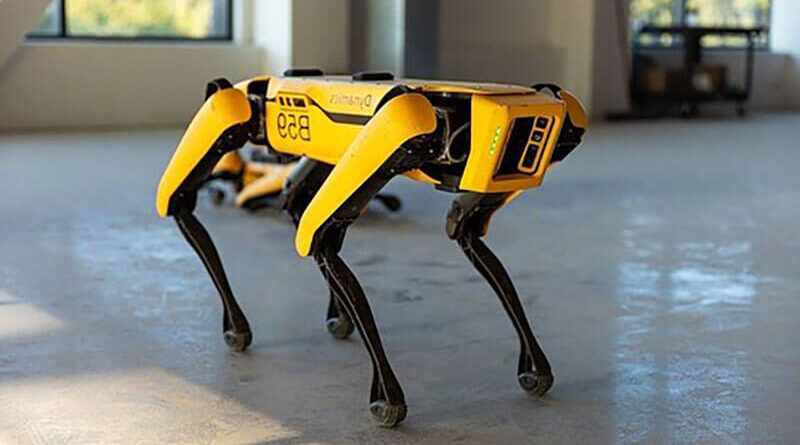 Robot manufacturer from the USA Boston Dynamisc has announced sales of its Spot robot in Canada, Great Britain and the European Union, vc.ru writes with reference to TechCrunch.In June 2020, Boston Dynamics began offering Spot to customers in the United States and began receiving inquiries from potential customers in European countries, the company said. For example, the international company Foster + Partners used Spot to monitor the construction of its power plant in London around the clock.

In a pandemic, demand for robotics has grown: companies have been looking for ways to automate production to keep working and reduce the risk of infecting employees, he said. Boston Dynamics itself used Spot to help physicians, in particular for remote communication between doctors and patients.The American manufacturer positions the robot as a platform that can be adapted to solve various problems. The company has several partners who help expand the number of robot functions.

The cost of Spot depends on the country, says TechCrunch. In the US, it starts at $ 74,500: this amount includes the robot itself, batteries, charger, robot and battery case, software, standard warranty and some other products. Additionally, the manufacturer offers lidars, remote control, CCTV camera and other devices.To order a robot, you need to add it to the cart on the site and make a $ 1,000 deposit. After that, the company will contact the buyer and agree with him on the transfer of the remaining amount and delivery options (Boston Dynamics organizes it itself).