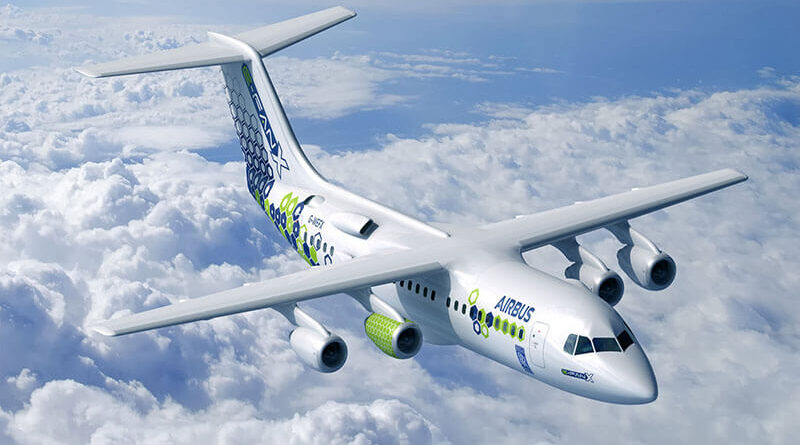 The British government has announced its intention to switch to carbon-neutral aircraft by 2050. According to Aviation Week, the first meeting of the British government working group, which will support zero-carbon aircraft projects, took place on July 22. First of all, the authorities intend to initiate a project to develop a long-haul carbon-neutral passenger liner.The recommendations of the International Civil Aviation Organization (IATA) are currently in force. Airlines that have adopted the recommendations should maintain a level of carbon emissions not exceeding the level of 2020. In addition, by 2050, airlines need to reduce emissions of harmful substances, including carbon dioxide, by 50 percent compared to 2005 levels. For this, some airlines have already stated that they intend to become carbon-neutral by 2050. In particular, this was announced late last year by the Australian airline Qantas.

The British working group was called the Jet Zero Council. It includes representatives from the Department of Transportation, Energy and Industry, as well as EasyJet, Virgin Atlantic Airways and TUI Group, Heathrow Airport, Manchester Airport Group, alternative fuel manufacturer Velocys, hydrogen fuel system developer ZeroAvia and Cranfield University. In the near future, the working group intends to define the main goals, objectives and technologies of the program of transition to carbon-neutral aviation.

The University of Cranfield, in a consortium with Chalmers University of Technology, Safran and Heathrow Airport, is currently developing the Enable H2 hydrogen long-haul passenger aircraft with liquid hydrogen tanks. The project considers several aircraft schemes, including a “flying wing” and a traditional aircraft scheme with an upper fuel tank. The aircraft demonstrator is planned to be created by 2030. Since 2019, the Fresson project has been under development in the UK. It includes Britten-Norman, Rolls-Royce, Denis Ferranti Group, Delta Motorsport and Warwick Manufacturing Group as part of the Cranfield Aerospace Solutions consortium. The project is expected to be implemented in two stages. The first stage, lasting 2.5 years, involves the creation of flight samples of the hybrid aircraft, as close as possible to the serial version, and their testing. In the second stage, lasting from six months to a year, the developers plan to certify the aircraft.