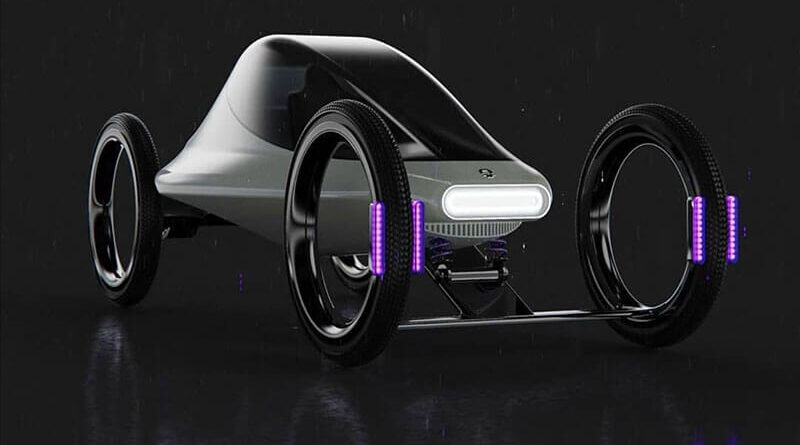 It is clear that a certain car of the future will not appear before us at once – the development of technology is proceeding in stages. Therefore, to some extent, we will be disappointed: many of the advantages of the cars of the future we use today. But the most important thing we have not seen …

When people mention the cars of the future, they primarily say that they will be “autonomous” – in normal translation, this means “unmanned”.It is no exaggeration to say that many of the current models are very close in functionality to this status. But for a mass production car to be completely devoid of a steering wheel and a driver’s seat – this is unlikely to be seen by current generations of drivers.

Most likely, the next couple of decades, the car, even after receiving an autopilot, will not lose the steering wheel and other controls.The creators of the cars of the future see two main directions: increasing the usability of the machine as a commodity and improving traffic safety. The ultimate goal of the first direction is a car that does not require any human involvement in driving it, the second – the exception of the death of passengers in any form of accident.Ideally, achieving the second goal will be the result of achieving the first – that is, the robot driver will be more competent and attentive than the human driver, and will not make mistakes – which means that he will avoid accidents.

Tomorrow is todayWe do not always even notice that automobile designers have long been rolling out ready-made elements of drones on production vehicles. Electric steering wheel and brakes that make it easier to replace the driver’s muscular power, acceleration sensors that replace the human vestibular apparatus, wheel condition monitoring, mileage counter for maintenance, and so on … And of course, security systems that themselves react to danger and stop the car to avoid collisions It’s no longer a miracle. Serial cars do not yet know how to circumvent unexpected obstacles on their own, but here you are, if you can steer while crossing the center line and return the car to its lane.

And it’s quite another thing to isolate in the front sector of the review, away from the road, among the many static and moving objects, the one whose trajectory intersects with the trajectories of the car. And it doesn’t matter if it’s a van or a preschool boy running from the storehouse between pedestrians and parked cars: the car will analyze the probability of a collision, prepare for braking, bringing the pads to the disks and instantly clamp them when it becomes clear that the facility continues its disastrous route.

Motorists whose production cars are equipped with this function (for example, some models of Volvo, Mercedes, Subaru, Tesla) confirm that the system works and stops the car much faster than a human driver. For example, when on a narrow street, suddenly, a few meters in front of the hood, a fast-walking pedestrian appears due to parked cars.

All electronic safety systems in a modern car are created with an eye to the future – for use in cars with autopilot.Another difficult problem for the “drone”, solved relatively recently, is the passage of complex intersections in the face of heavy traffic. The autopilot processor must process a lot of information collected by sensors (cameras, lidars, thermal imagers) and, based on the rules of the road adopted in that country, make a decision on the decoupling route.Against this background, the remaining “skills” that their designers give modern autopilots are actually not so complicated: automatic parking, driving along the autobahn, finding the best route …

It’s not about technologyInterestingly, the creation of automatic vehicle control systems is not primarily done by the automakers themselves, but by companies that supply them with various components (Bosch, Continental, etc.). From representatives of some of them, Avto24 journalist had heard that, from a technical point of view, many problems have already been resolved – for example, the issue of avoiding an unexpected obstacle. Delay behind the legal side of the issue – each autopilot maneuver may entail new risks and responsibilities to other participants in the movement.

The legislators of developed countries will soon have to solve the problem of liability for new subjects of law – unmanned vehicles.And it is precisely the legal side of the matter that hinders the wider implementation of many elements of autopilots. Who will answer if a car with a robot behind the wheel becomes a participant in an accident? An owner who hasn’t touched the steering wheel and pedals since morning? An automaker that produces hundreds of thousands of similar cars? Or maybe a dealer selling such a difficult product to the consumer?One will say: “I have nothing to do with it!”, The second will not be able to participate in hundreds of court hearings simply physically, the third will lose commercial meaning in his activities or make a considerable mark-up “for risk”. It seems that some kind of fundamentally new legislative decision is needed, and the lobby of the automakers probably already working on it in the authorities of the leading countries of the world.A real, but so far unattainable step towards an absolutely safe car is the establishment of data exchange systems between cars and road (city) infrastructure objects.

What’s next?There is still a little developed niche in the implementation of autopilot cars – data exchange between vehicles and road infrastructure. This is a very promising topic, which will allow robot drivers to reach a fundamentally different level of security compared to the human driver. But more about that next time. We only note that it is thanks to telematics and the indicated data exchange systems that the car of the future will not be the same in different countries of the world – the level of robotics and safety will certainly be different. How models and machine configurations differ in different markets today.