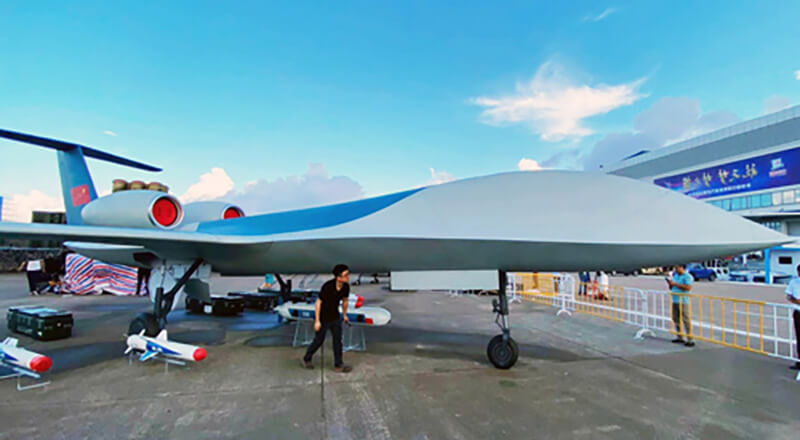 The CH-6 reconnaissance strike UAV will be one of the new features of the Airshow China 2021 international aerospace show.

The international aerospace exhibition Airshow China will open on September 28 in Zhuhai. Some of the exhibits are already known: one of them is the Cai Hong (Rainbow) 6 UAV, better known as the CH-6.

As writes Naked Science with reference to the publication The Drive, the drone was developed by the China Aerospace Science and Technology Corporation. The CH-6 is considered a high-altitude, or HALE (High Altitude Long Endurance) UAV.

The drone has been described as an “oversized CH-5” (the famous Chinese attack drone), but this is only partially true. The new UAV has a number of features that can be called “unique. The drone has a T-shaped tail with two jet engines mounted side-by-side in the rear. It is difficult to say why they chose such a layout.

If we compare the novelty with the U.S. developments, the closest to the CH-6 can be considered the Avenger from General Atomics. At the same time in the design of the “Chinese” less attention was paid to low radar visibility.

In any case, with the appearance of the CH-6, the range of Chinese attack drones will expand even more, although even now China is one of the leaders in this direction.