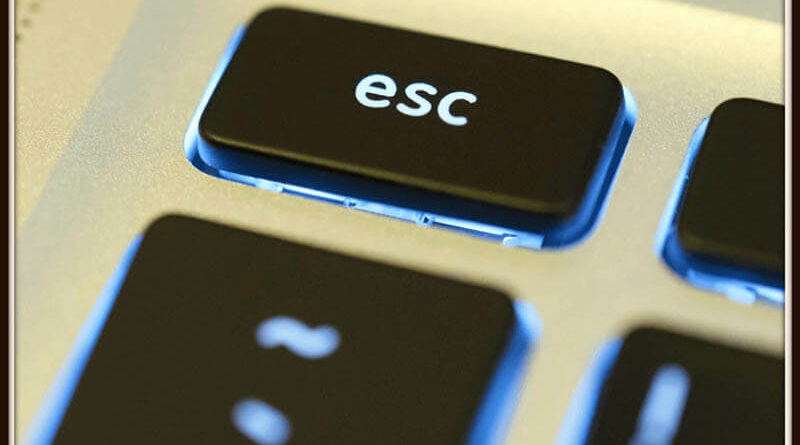 It is impossible to imagine the life of a modern child without the Internet.

Long before kindergarten children master smartphones, by the age of seven they get along perfectly with tablets, and in high school they become more and more immersed in the virtual world. Is there a way out of this vicious circle?

To love the real world

Egor is 18 years old. For the last year he has been undergoing treatment for computer addiction, which hit the boy at school. The boy’s upbringing was done by his mother and grandmother. The women saw nothing wrong with the child sitting at his notebook computer until late at night after lessons. But she had peace of mind: the teenager does not wander the streets with his friends, does not smoke, does not use drugs or alcohol. Doesn’t move around much, doesn’t play sports, has hundreds of virtual friends and no real ones? That’s how kids are these days. His family didn’t even realize until recently that the boy had serious health problems.

– The net takes over you completely and you cannot imagine life outside the virtual space, – this is how Yegor describes his worldview during a period of acute addiction. – It all started in junior high school – then I was only interested in games, some funny videos. Then I even got used to reading school literature on my laptop, of course, in an abridged version. I spent hours on social networks, for my birthday at 13 I begged my grandmother for a gamer’s chair – she bought it in installments. But I never thought about how expensive this purchase was. Gradually, any time I was away from the Internet was turning into torture. I sat through classes with difficulty, skipped gym class and English, just to rush home and sit at the computer. This desire to communicate with the virtual world became so intense that the attitude to the problems of the people around me, including those closest to me, lost any meaning. My grandmother and mother were terribly annoying; I didn’t like them distracting me from gaming and social media with their moralizing. I neglected my few classmates, walking my once adored dog. The day the power went out at our house for half a day, I literally had a tantrum. At 16, I could go a week without bathing, sleeping 3-4 hours a night. I refused to eat normal food – it was enough of chips and soda, which I devoured right at the keyboard. Needless to say, my grades at school went downhill. On top of that, I began to have serious vision problems, and at 17 I already had cervical osteochondrosis, tunnel syndrome (constant pain in the wrist from working with the mouse), obesity and neurotic disorder. The school psychologist sounded the alarm, called my mother, and strongly advised me to see specialists. Thus began my return to the real world.

Now I have lost weight, but I still have problems with my heart and gastrointestinal tract, and my psyche is not quite all right yet. Now they let me use the computer only for two hours a day and only for the educational program.

Computer technology, which has taken a leading role in the development of modern information civilization, is actively increasing its expansion, notes Tatiana Borisova, candidate of medical sciences, associate professor, head of the Department of Hygiene of Children and Adolescents at BSMU:

– Excessive mental involvement in the computer generates addiction, which can lead to deformation of the personal structure and destructive forms of behavior. Children and adolescents are especially susceptible to this influence. Computer addiction, including Internet addiction and game addiction, is a specific emotional dependence caused by spending long hours at the screen of the monitor or other electronic technical means. The mechanism of its formation is similar to the development of the consequences of other forms of non-chemical influence.

Characteristic signs of such addiction are withdrawal syndrome, constant desire to get hold of the object of dependence, loss of interest in social life, appearance, satisfaction of other needs. Among physical aspects of its manifestation, chronic fatigue, general exhaustion of the organism, mental and behavioral disorders, increased vulnerability to stress factors, formation of neurotic disorders should be noted. On this background, other types of addictive and antisocial behavior are easily formed. No wonder that many experts today put an equal sign between computer addiction and drug addiction.

-What factors increase the likelihood of teenage computer addiction?

– First of all, defects in the upbringing (eg, the formation of child anxiety), violence and abuse, other psychological trauma in childhood. Psychophysiological characteristics of a child’s personality (decreased tolerance of difficulties in everyday life, an underlying inferiority complex, a desire to avoid responsibility in decision-making) also play an important role. Significant influence is also rendered by social factors: incomplete family, excessive attention from parents, as well as its absence, deficiency of friends among peers, absence of hobbies and sports. I will also name such factors as early start of independent work with the computer, its duration. The overwhelming majority of students neglect the established rules and spend more than 1-2 hours a day at the monitor, and, as a rule, at night.

– How parents do not miss the moment when a child already begins to form an addiction?

– There are so called predictors of risk, i.e. a number of signs which, being present in children and teenagers, make it possible to speak with a varying degree of certainty about the development of computer addiction. For example, the lack of control over time while working at the monitor screen and the absence of fatigue. Situations when the addicted user neglects the performance of current affairs in everyday life and learning activities. Change of behavioral character: improvement of mood and euphoria at the beginning of work at the computer or in its anticipation, but irritation, anxiety and anger, disappointment and annoyance (even panic and horror), sensation of emptiness and depression at inability to be engaged in the favourite activity or at absence of an exit to the Internet. Depending on the presence of certain signs of computer addiction differentiate between different degrees of risk of its formation: zero risk, the stage of infatuation, expressed risk and the presence of computer addiction itself.

– What are the most effective mechanisms to prevent computer addiction in children?

– First of all, education of culture of health and computer literacy. Children’s leisure time should be arranged with utmost seriousness. The fact that a child spends little time on the street in the company of peers, but instead prefers to sit by the computer screen, – it is abnormal. Attach sons and daughters to active kinds of activities and physical education. Think about it: among teenagers involved in sports activities, the chance of developing computer addiction decreases by 7 times for girls and 2.2 times for boys! The main thing that an alternative hobby brought the child joy.

Teach him/her to cope with stressful situations in a healthy way – douches, physical activity, cycling. It is important that children come to you with their problems, not to “experts” from the network. And one more thing: limit the time the child spends at the computer. Establish clear rules in the family. For children from 5 to 7 years, it is undesirable to interact with the computer more than 7-10 minutes a day. For children 7-12 years the norm is 30 minutes a day. Children 12-14 years old can spend an hour a day at the computer. From 14 to 17 years old the maximum time for computer work is 1.5 hours. Organization of work at a computer no more than 2-3 times a week reduces the chance of developing computer addiction by 1.7 times for girls and by 5.7 times for boys in comparison with those who work at a monitor 4-5 times a week or daily.

Monitor the sites your child visits, as well as the computer games he or she is addicted to. And don’t forget to be a decent example to him in these matters.

From Action to Quest

Most often and quickly teenagers become addicted to computer games. This is due to the fact that children from an early age prefer to spend time playing games, and the Internet provides great opportunities for this, writes tren-kot.ru. Taking into account the interests of teenagers are offered a variety of options – from the simplest types of “walkers”, “shooters” and “races” to complex strategies. Realistic images can fully immerse themselves in the world of computer games.

The most famous and popular types of computer games are of interest to children around the world. On the one hand, engaged in computer games, children learn to think, plan, develop their reaction rate and attention. On the other hand – a huge harm caused by stories in which computer games promote violence, power of the strong over the weak. Such games provoke aggression, reject social norms and bans.

Researches conducted by the Department of Hygiene of Children and Teenagers of BSMU showed that most of girls most often spend their time in front of the screen in social networks. Boys, on the other hand, mostly prefer computer games, including online games. The vast majority of cyberaddicted boys choose games with aggressive content, which subsequently affects the psycho-emotional status of the growing body.

The increase in the duration of computer work is accompanied by an increase in specific somatic manifestations. Sedentary lifestyle, static load and prolonged sitting in front of the screen contribute to a certain structure of morbidity, in which the leading positions are occupied by diseases of the visual organs, musculoskeletal system, nervous and cardiovascular systems.