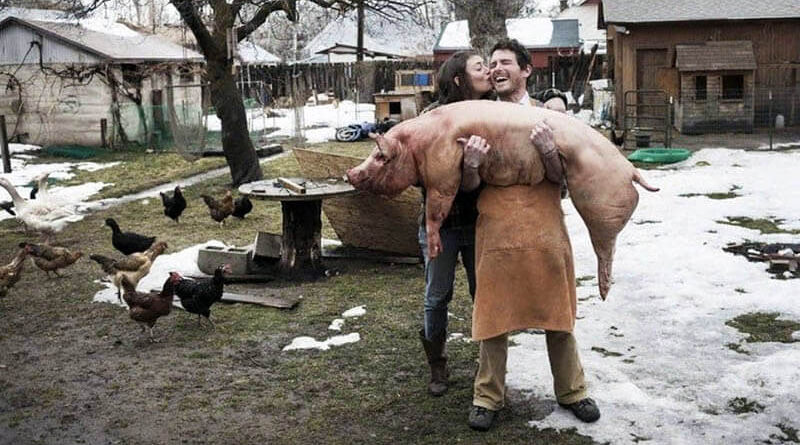 And this toast would be for our livers to always be healthy, and always be able to withstand such boozing! Our stomachs would not deny us the amount of so much fatty and delicious food. And our soul was always young to get together like this more often!

Sometimes I want to be like the heroes of “Men in Black”: if you have committed a crime, you erase your memory with the push of a button. I propose to drink to having in your memory only space for positive incidents, emotions and impressions. Go nuts, gentlemen!

I want everyone present to have a lot of money like Scrooge McDuck, love like Angelina Jolie and Brad Pitt, by the way you can have as many children as they have, health like eighteen-year-olds, happiness like politicians!

Life can be lived in different ways. You can obey the rules all your life, follow traditions and behave in a cultured manner. Then you will be welcomed in paradise with applause. But you can live your life to the fullest. You can have fun at every opportunity, break the rules and make everyone in Hell blush with shame when they see you.

I’d like to drink to the fact that tonight’s party doesn’t end in a fight or falling asleep in the salad, and that tomorrow we don’t have a hangover, and all the rest is nothing. Let’s go out!

Some people see the glass as half empty, some see it as half full, and the engineer sees that the glass is twice as big as it should be!

So let’s drink to seeing the picture as a whole, not in parts!

A man tidying up his front yard stepped on a lying rake and hit it right on the forehead. Let’s raise a glass to the fact that we do not step on the same rake and avoid the bruises and abrasions of life!

Every spring, the owners had to listen to their cat’s endless cries and decided to have her spayed in order to save their nerves. But to the surprise of the couple, a week later everything continued again. So the man asks the animal, “What’s the matter, we spayed you!” The one replies: “And I, like your wife, am faking it.” So let’s raise our glasses to the fact that everything in our lives is real.

It’s time to fill our bellies, brothers! Then it’s time to hit the wild dance. And in the morning when we wake up, we’ll be glad we didn’t let time pass us by yesterday. Here’s to fun!

For the appetizer of omnivores would give up the drink of the damned. And we’ll always find a reason. Here, for example, for supporting a friend! Let’s support each other now and drink!

A little humor. Conversation between buddies:

– Where have you been all the time?

– Yes, I was cured of my sclerosis by a famous doctor.

Let’s drink to the fact that our memory doesn’t fail us!

We drink so much today, as if tomorrow were the last day. But I will ask each of you to pause, because, whatever way you look at it, tomorrow’s weather is going to be fine and no global cataclysms or disasters are in sight.

There are owl people – those who fall asleep late and also get up late. There are people-larks – waking up with the first rays and early going to sleep. And we will be people-pigeons – will not be stupid, reflect and drink a good drink!

In the life of each person there is a white and bright stripe, and there is a black and dark. But for us it is a temporary phenomenon, unlike the zebra, which has to constantly live with this coloring.

So let’s drink to having more bright colors and colorful moments in our lives!

Everyone knows the parable of the donkey that died torn between two haystacks. So let’s have a drink, and then have a snack, so as not to resemble such a donkey!