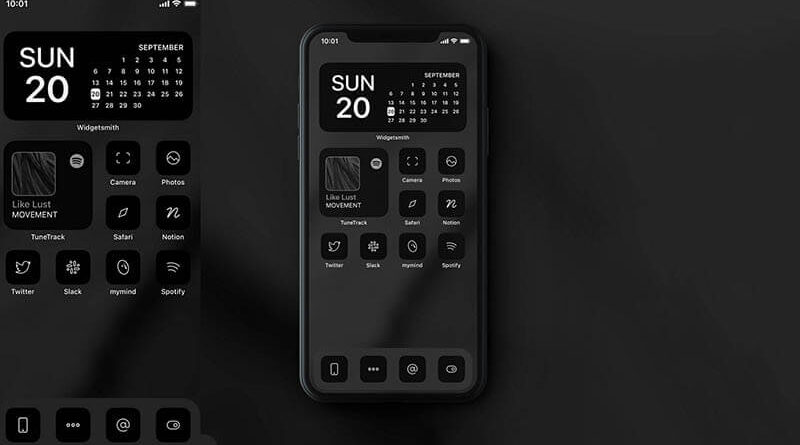 The designer has published his collection of minimalistic icons for iPhone apps on Twitter. The icons’ images were so liked by the users that they started buying the collection, and so in 6 days the designer earned 101 thousand dollars.

The designer, known as Traf, wrote about it in his blog.

He said that he became successful because he “created the right content at the right time” and he was helped by Mark Brownley, a technology columnist on YouTube.

Traf noted that people were actively displaying screenshots of their newly configured iPhone home screens with colored icons and widgets. Users of Android before had such an opportunity, but Apple until the last update did not allow you to change the icons of the applications.

Traf did not waste time and also shared his minimalistic icons. The collection liked thousands of users.

In six days after the publication of the tweet, more than 3 thousand people bought the set for 28 dollars. Thus, the designer was able to earn more than 101 thousand dollars. Traf said that his smartphone was constantly vibrating due to new orders, and he had to turn off notifications.

Sales especially increased after the YouTube columnist Mark Brownlie, who has more than 12 million subscribers, spoke about icons.

Now there are two more colors of icons: red and black and red and white.

The designer also told that he had been striving for such a salary for seven years already – that’s how long he has been creating various collections of application icons. He sold the first set of icons for 99 cents.

That is why Traf recommends everyone who hopes to repeat his success to work hard and not to blindly imitate the trends.

“If I had done it (icons – ed.) just to make money, I’m sure it wouldn’t have worked. Keep doing what you like, share it with the world, and let the Internet do everything else,” wrote the designer.