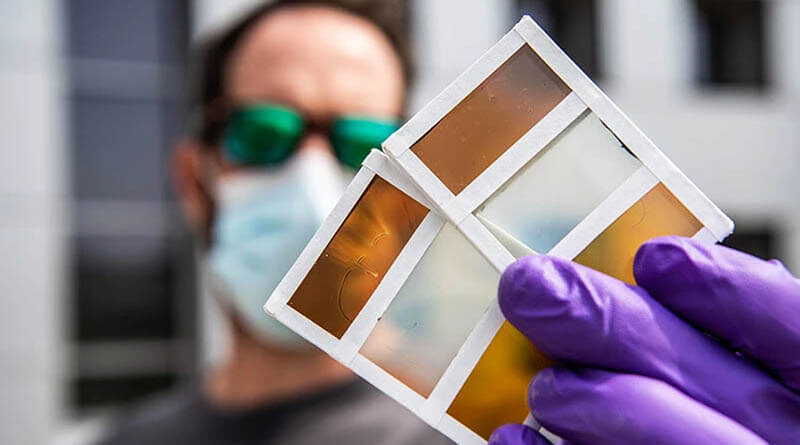 They were able to create glass that changes color as the temperature rises. This will limit the use of air conditioners in the hot season, as well as reduce the load on the power grid.

The essence of the development is that between two glass panels clamped film of perovskite. In the resulting gap is injected solvent vapors. At low humidity perovskite remains transparent. When heated, the vapors cause the perovskite crystals to transform into different shapes so that each corresponds to a different color. This allows the room to be cooled down, repelling sunlight.

When the temperature increases from 35 to 46 degrees, the color changes from transparent to yellow, orange, red and brown in about 7 seconds. Moreover, during the color change, the glass turns into a kind of solar panel, allowing to accumulate energy.

Mass production is still out of the question, but the development is already considered very promising.