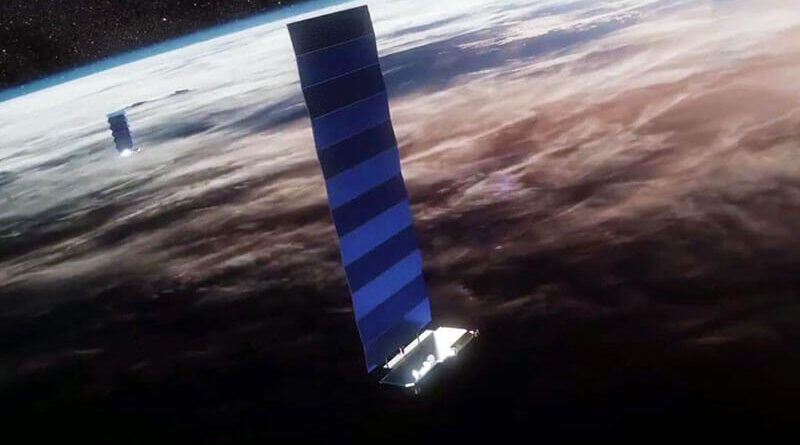 SpaceX engineers held a question and answer conference at Reddit (AMA, Ask me anything). As part of the series, representatives of Ilona Mask Corporation spoke about the device of the project of global Internet Starlink and revealed some technical details.Having studied hundreds of questions from users, SpaceX employees answered several dozens of them. Analyzing safety issues in the company, engineers stressed that the corporation uses a special tool for modeling emergency situations and compiling any flight programs. There are many safety protocols: for example, if the Starlink satellites lose contact with the Earth, they will go into high aerodynamic resistance mode to escape from orbit.

Representatives of the company disclosed the amount of data generated by Starlink satellites. It turned out that the satellites‘ telemetry transmits about five terabytes of data per day – in comparison, the Crew Dragon mission equipment generates several hundred gigabytes of information. The Starlink software is updated approximately once a week, with the same warning system installed on Starlink and Crew Dragon.Engineers also reported that Starlink satellites are closer to data centers than to space vehicles in terms of technical content. “Each batch of 60 Starlink satellites is equivalent to 4,000 Linux computers,” said Matt Monson of SpaceX. He also said there are now about 30,000 Linux base points in Earth orbit.

In early summer, SpaceX has successfully launched an additional 60 Starlink global Internet satellites into Earth orbit. Among the batch of equipment sent into space there was a test satellite equipped with dimming panels, which prevent the reflection of sunlight from the body of the device. At the end of the mission, the total number of Starlink satellites in orbit was 480.