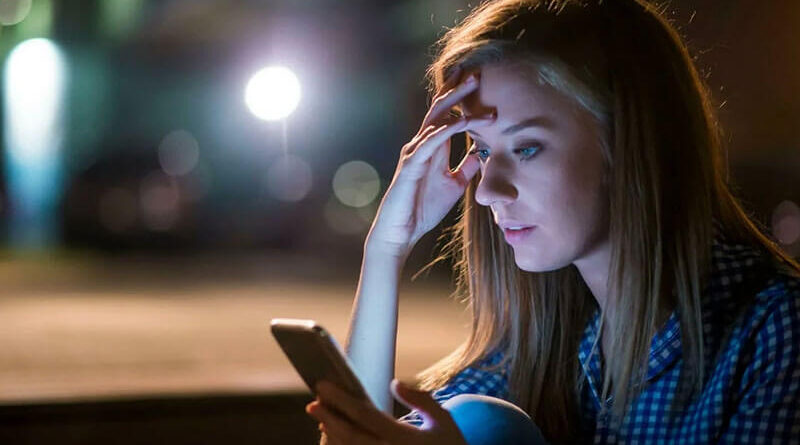 Often girls like to think it’s normal to control a man and go through his phone. But that’s not normal and you don’t have to put up with it. It’s disrespect for the man. It’s nasty and low to dig around in a man’s phone looking for dirt that doesn’t exist. How do you discourage a girl from spying on you? “Big love obviously lies in trust, in the joy of each other, in respect for each other’s privacy and in respect for professional choices.” Johnny Depp, let’s start with the fact that I never cheated on any of my girls while I was in a relationship with her.

And the breaks between relationships were quite long. But I’m already sick of one nasty female habit. It’s an attempt to control a man through spying on his phone. Women like to control a man’s life and make sure there’s no competition on the horizon. To do that, they dig into the phone openly or secretly, that men don’t even know. All girls spy on their men? Most stupid women. Smart women don’t do that. Many girls don’t even realize that spying ruins a good relationship.

A girl climbing on the phone? Why do girls go through a man’s phone? “I think we’ll be fine if we both learn to trust each other and not cause problems where they’re not.” Dimitri Yemets. Some women prefer to periodically control a man’s life. Why is that? All girls don’t fully trust their men. The reason for that may be because a girl has been cheated and cheated in the past. Sometimes girls are just overly vague and jealous.

The best way to check on a man is to go through his phone. Women try to get a man’s phone in different ways, and then check it more thoroughly. They look at calls, correspondence, messages, social networks, photos. This check allows the girls to make sure there are no other women. Some girls check the phone openly when they pick it up in front of a man and then sneak around. They can do this under a variety of pretexts: listen to music, surf the internet, make a call, or play. Other women sneak peek at the man’s phone while he is sleeping, busy or taking a shower.

This is extremely unpleasant. A girl climbing on the phone? Girls always spy on men and look at phones? I never thought so, but all girls like to check men’s phones. First time I ran into that was years ago. A girlfriend we just started mutating with stayed at my place for the night. When I woke up at night, I found a girl secretly picking up my phone and looking through messages. It was a shock to me. I was lying there thinking about what I should do. I felt really bad about wanting to put a mat on her and kick her the hell out of the house.

But then I decided to start turning around like I was waking up. The girl got scared and put her phone back. In the morning, I thought the girl had a lot more downsides than upsides. Our relationship ended a week later on my initiative. Sniffing around on my phone played a big part here. I soon discovered that a lot of women are sniffing around in men’s phones secretly or obviously. What pissed me off was that girls didn’t trust for no reason and were trying to control my life. For me, the phone was an extension of me. It’s part of my body and mind. It has notes of my thoughts, ideas, plans, desires, dreams, etc. In my opinion, no one has the right to this information. No one has the right not to respect me and to control me secretly. No one has the right to sniff around behind my back.

A girl climbing the phone? What to do and how to stop it?

1. Find out why you’re controlling your phone The most effective way is to talk to the girl. Try to figure out why she’s doing it. Girlfriend doesn’t trust you? Has she been cheated in the past? Was she dumped because of another girl? Did her father leave the family? Is the girl afraid of cheating on a psychological level? Are you being talked at by some people? Are her girlfriends talking to her? Any reason to be jealous? There’s enough heart-to-heart talk to calm the girl down and stop this phone surveillance. It makes her feel better.

2. Say you don’t like her spying on the phone. Say you don’t like it when a girl goes through the phone. Try to explain to the girl that eternal suspicion, scrutiny and control only increase the desire to leave the relationship. It’s like you’re in jail with the warden. That it pushes you away from her and annoys you. Everyone should have personal space and respect for their personality. A girl shouldn’t dig into a man’s phone, hoping to find the dirt she’s got from cockroaches in her head.

3. Give a girl a hint of her stupidity. If a girl thinks a man isn’t smart enough to have a second phone to cheat, it’s weird. But I don’t need it all. I don’t see the point in being in a relationship and cheating secretly. It’s all disgusting to me. If I love a girl, I love her.

4. Mock the girl’s mistrust and her spying on your phone. Offer the girl herself to dig into your phone. You can hand her the phone from your doorstep saying, “Here! Check and look for my mistresses. But do it carefully, in case I’m lying to you.” Put the girl in an awkward position and make fun of her mistrustfulness.

5. Send a girl with a similar coin. Take the girl’s phone and study it carefully. If she doesn’t like it, don’t pay attention to it. She wanted this relationship with inspection and control. What is it? Look at messages, calls and pictures. Ask the girl to explain in detail who called, wrote or was in the photo. Torturing her with distrust and jealousy so she can understand her inadequate behavior.

6. Let the girl dig into your phone Give the girl the phone and tell her to find dirt on you. If a girl has nothing to do, let her sit on the phone all night. Maybe sneaking around or sneaking around. But hint at the fact that sooner or later you’ll get bored of it. One night, you might be in such a mood that you’re not in the mood at all. And a girl or a wife digging into your phone will suddenly be an ex.

Does a girl demand to be provided with a phone to check on her? Some girls like to think it’s normal to control a man and go through his phone. They say, “All girls do that!”, “Are you cheating on me and afraid?”, “What are you hiding from me?” Looks like the girl’s got a traitor-victim obsession with co-dependence relationships. It’s practically untreated. A girl doesn’t rest until she takes the victim’s place. Maybe it’s better to get rid of the freak now than to waste time. Still, the girl’s gonna carry the brain until the relationship breaks up and finds a goat to cheat on her. Don’t waste your time, just go away.

Find yourself a smart, normal girl. Partner’s phone checks aren’t normal and you don’t have to put up with it. It’s the highest degree of disrespect for a man. It’s like a man is a child to control and make sure it’s not taken away. It’s nasty and low to pick up the phone looking for dirt that doesn’t exist. And the men who let you do it are whippers and wussies. A man should not forbid a girl to take his phone, but that is no reason to look for dirt in it.

No one should invade your privacy without permission. If a girl allows herself to do that, why don’t you look for a better option? A girl climbing on her phone? How do you dissuade a girl from spying on you? The right thing to do is live happily ever after and not be afraid of cheating. You have to solve the problem when it happens. But living in fear all your life, snooping around, digging, sniffing out and controlling is an abomination. It’s not love, it’s pathology. To hell with this relationship. Love each other. Trust each other.