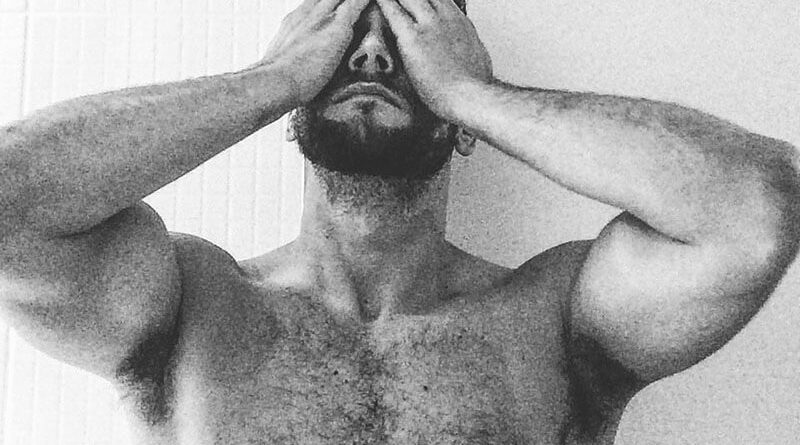 The debate about whether the stronger sex should shave their armpits or not has been going on for years. Nowadays, many girls stop removing their hair in their usual places because the modern trend stubbornly declares the correctness and beauty of a naturally looking body. So, what do men do now?

Not shave to make themselves known

If we talk about fashion for everything natural, including personal attitude to the body, then shave your armpits, especially for men, probably should not. Professor of Biology and Human Evolution Daniel Lieberman has been teaching at Harvard University, USA, for many years. He suggests that the hair in the armpits was originally designed by nature to retain body odor in order to pass on information to others like him. This is especially true for young men who are always looking for possible mating. Testosterone is a hormone of strength and masculinity, and the hair, and even wetter, is a perfect carrier of its aromomolecules. Thus, primitive women even before close acquaintance with a man immediately got an idea of his physical data of a potential father, necessary for the transfer of offspring, and rivals immediately evaluated his fighting skills to assume the likely outcome of the fight and draw appropriate conclusions. Therefore, if a modern man is guided exclusively by the same categories, he can safely leave hair in his armpits. But he should take into account that for an intimate relationship he is likely to choose a girl with similar ideas about life, not caring about whether she has hair on her body, or not, even in places such as the legs and perhaps even the chin.

Shave to make her look attractive

In today’s world, where deodorant and perfume, including men’s perfume, was invented not by chance, the situation looks different. No matter how strong and masculine a man thinks he is, at any time of year protruding hair from his nose, and in summer also from his armpits, any woman can repel the hunt to get acquainted with such an individual. According to research conducted by biologists from the Czech Republic, the smell of shaved men’s armpits sweat seems more attractive to women than the sharp sweaty smell of armpits left untouched. The subjects did not know what kind of sample they would have to smell, but they could hardly stand the scent of untreated armpits, but women liked the male smell with the addition of deodorant or toilet water much more. As the lady’s volunteers said, in this case, they imagined an attractive man, able to look after himself, and therefore able to take care of a woman.

So, what is to be guided?

And yet it is up to the man to shave his armpits, or not shave, based on his own world view, as well as his health. Recently, a rather large perfume and cosmetics holding has conducted a study and found that 47% of all male residents of the Eurozone have very sensitive skin and experience problems during and after shaving on the face, and even in the armpit area. Accordingly, such people have to think about how to minimize their epidermis injury and not shaving their hair in the armpit area is absolutely right. But in cases where a person is guided by the understanding – “a real man does not need to take care of himself,” still gives a lack of education and upbringing. “…to be a good man and think about the beauty of his nails…” – This was written by Alexander Pushkin in the first half of the XIX century, presenting to readers the image of a lazy handsome, scrappy duelante and favorite of women. But this is how all modern men see themselves.