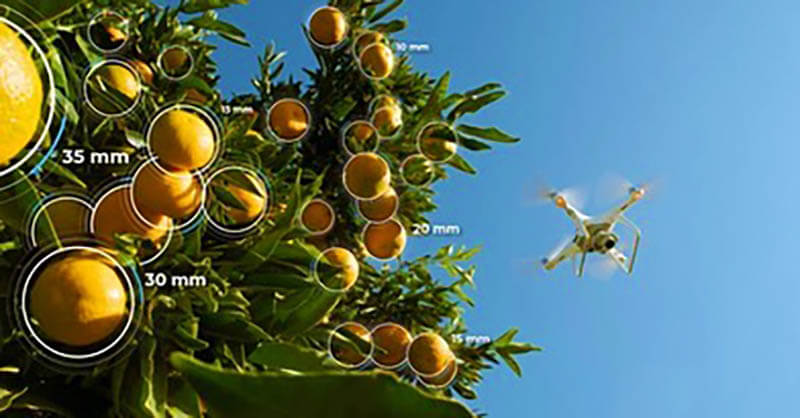 The cost of the startup from the Israeli company Tevel Aerobotics is estimated at $45 million. It is about autonomous devices equipped with a “hand” – manipulator length of one meter. Mechanical manipulator in drones will be able to capture and tear fruit and be used for thinning and pruning of trees.

The devices are able not only to collect fruit, but also to choose which fruits to rip off – special algorithms control the process.

AI allows flying robots to determine types of fruits and their maturity. Several drones are simultaneously controlled by one autonomous center in a ground mobile device. Drones can also collect and transmit data.

According to the company, the development will be in demand due to lack of workers in agriculture. It is expected that by 2050 the world area for fruit cultivation will double to 140 million hectares. At the same time, the number of workers employed in this sector will be reduced by 5 million during this period.

The potential for annual sales is estimated to be considerable: up to $3 billion in the United States and Europe and up to $30 billion in other countries.

Requests for drones have already been received from manufacturers in North America and Europe, as well as from China, Japan, South Korea and Brazil.