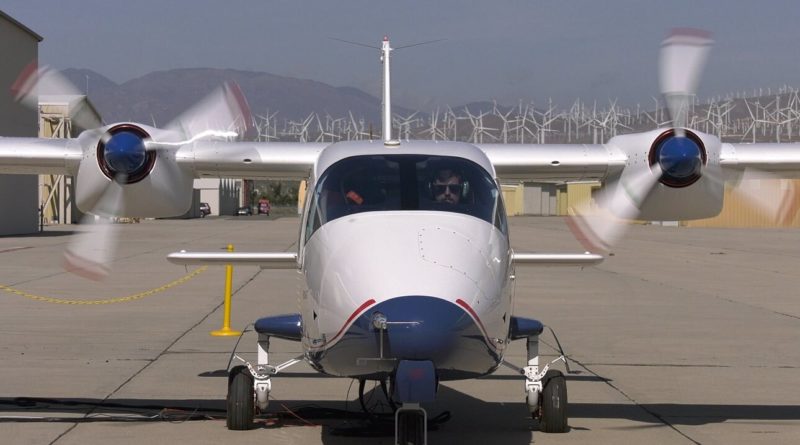 NASA announced its readiness to test its first fully electric X-57 Maxwell aircraft with people on board.

In early 2019, the British aviation company Rolls-Royce announced the development of the fastest electric aircraft in the world. The manufacturer said that their electric aircraft will be launched in 2020, and its maximum speed will be about 480 km/hour.

The ultimate goal of the project is to break the speed record of the legendary Supermarine Spitfire 6B, which was accelerated to 552 km/h in 1931 by the V12 Rolls-Royce “R” engine.

While in Rolls-Royce chasing the speed, engineers from NASA systematically develop the technology of electric traction in the aircraft and recently said that they have already prepared their first fully electric aircraft for the first test run.

Model X-57 Maxwell is an experimental aircraft on which NASA develops electric traction systems and plans to set standards for the construction of similar aircraft by other companies.

The U.S. Aerospace Federation says the exact technical flight data and test results will be publicly available. This should help commercial aircraft manufacturers, who are now forced to build more efficient and quieter aircraft. The exact date of the test flight is still unknown.

Recall that the development of hybrid-electric airliner is already being conducted by Airbus, together with Rolls-Roys and Siemens. The vehicle is being developed on the basis of the Airbus E-FAN, a two-seater battery-powered aircraft that made its first flight in 2014.

Unlike its predecessor, the Airbus E-FAN X is planned to have an engine and generator without cryogenic cooling and to be an intermediate hybrid development on the way to all-electric aircraft. The Airbus E-FAN X is expected to make its first flights in 2020.

In the past, the Washington State Department of Transportation Aviation held the first meeting of the Electric Aviation Working Group. Authorities consulted with the Zunum Aero startup, which has been developing a fully electric regional jet since 2013, and brought together electric aircraft developers, energy companies and airports.

By the end of 2019, experts plan to determine how realistic the transition to electric and hybrid aviation is, and to assess the possible impact of such a transition on the labor market and the environmental situation in the state. The progressive western U.S. state has been outpaced only by the Norwegians, who recently adopted the electric transition program until 2040.