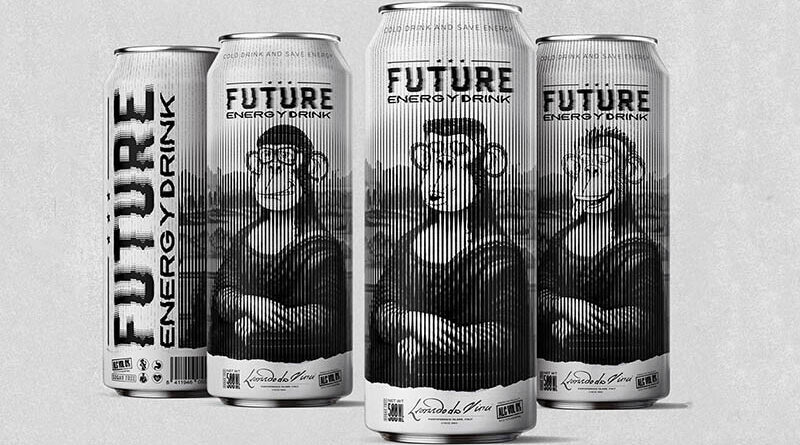 A busy rhythm of life, lack of proper rest are the main reasons why teenagers and adults turn to various stimulants. For some, a contrast shower helps cheer them up, for others it’s sports or a cup of strong coffee. Among the modern bad habits that help to feel awake for a while is the frequent use of energy drinks. Before eliminating fatigue with the help of such drinks, it is worth to understand whether there are benefits and what their harms are.

What is an energy drink?

This is a drink that stimulates the feeling of vigor and increases mental activity. The main purpose of energy drinks is to make the body and brain work intensely, removing the feeling of fatigue. Anti-sedation cocktails appeared in 1938, the first representative of them was the Lukozade isotonic, intended to stimulate athletes. The product gave the promised effect, but then athletes ended up in the hospital with food poisoning. The production of the energy drink was stopped for a long time.

In 1994, the company Redbull appeared, which offered, at first glance, a quality product that later became one of the most popular energy drinks on the market. The drink did not cause poisoning, so it became increasingly popular. Gradually other firms emerged, producing stimulants, to date there are more than a hundred of them (these are only the most famous in the CIS countries).

There are many studies on the effects of using cocktails, causing a rush of strength and euphoria. Some are convinced that they are no more harmful than an ordinary sweet soda, others prove that the cans contain a narcotic substance that causes addiction and dependence. Nevertheless, doctors warn that frequent consumption of such drugs can cause problems with the cardiovascular, endocrine and nervous systems. Even fatal outcomes of energy drink overdose have been recorded.

The effect of energy drinks on the human body is due to the properties of the components contained in the pep shakes. Each serving contains a large amount of sucrose and glucose. The first is the main nutrient of the body, which is formed by breaking down disaccharides and starches (they come with food), the second is the usual sugar (D-ribose). In addition, various psycho-stimulating substances are added. The ingredients in an energy drink include:

Caffeine. It is found in all energy drinks and is the most widely known psychostimulant. Caffeine reduces sleepiness, increases heart rate, raises blood pressure, activates the brain, but only at certain dosage. So, to increase mental activity, you need 100 mg of the substance. To get such an effect, you must drink at least 3 cans, but the manufacturers of cocktails recommend limiting yourself to 1-2 servings per day. Unpleasant consequences of taking caffeine are exhaustion of the nervous system, sleep disorders, and problems with the cardiovascular system.

Taurine. This amino acid is produced by the metabolism of cysteine and methionine and is mostly found in meat and fish, so a person usually already consumes the necessary dose of the substance in a day. One can of energy shake contains up to 1,000 mg of taurine, while a day should be limited to a total of 400 mg. The amino acid accumulates in muscle tissues and, in normal amounts, improves heart function. In the opinion of physicians, an excessive amount of taurine has no effect on one’s alertness.

L-Carnitine. L-Carnitine is a component of the cells of the human body that promotes rapid oxidation of fatty acids. The substance accelerates metabolism and reduces muscle fatigue.

Ginseng. The extract of the plant increases stamina, improves memory, raises the mood, and stimulates the psychotropic activity of the person. This useful plant is added to teas, from which are prepared infusions that strengthen the immune system, nevertheless in the laboratory conditions the usefulness of ginseng as a component for vigor and stimulation of mental activity has not been established.

Guarana. This is an analogue of caffeine, which is extracted from the seeds of the Amazonian vines. Guarana and coffee have similar properties, but the effectiveness of the former is several times higher. Thus, 1 g of guarana is equal to 40 g of caffeine. Many manufacturers combine both substances to prolong the effect of energy drinks and to make it more pronounced. This method makes the body feel energetic for about 5 hours, but then you will feel even more tired, up to the point that you start to fall asleep on the fly.

B vitamins are necessary for normal functioning of the central nervous system, especially the brain. The energy drinks contain more vitamins than the daily dose by 360-2000%. Regardless of this fact, the unnecessary substances are removed from the body naturally, without having a negative impact on it, but their presence in energy drinks is as unjustified as the presence of taurine.

Melatonin. Contained in the human body, it is responsible for the circadian rhythm of life.

Theobromine. The substance extracted from cocoa beans is chemically similar to caffeine. Theobromine excites the heart muscle, increases urine production by irritating the epithelium of the kidneys.

Glucuronolactone. It is a metabolite of glucose and regulates glycogen formation. Energy drinks contain 2000-2400 mg of the substance. According to studies, even high doses of glucuronolactone are relatively safe for the body. The component reduces the risk of muscle injuries and the intensity of related pain.

Influence on the body

It is commonly believed that drinking a stimulating cocktail replenishes the body’s energy resources, but this is not true. Energy drinks only stimulate the heart, blood vessels, nervous and endocrine systems. As a consequence of this the body is under serious stress and begins to work with an increased load, releasing large doses of adrenaline into the blood. The latter causes the effect of euphoria, hyperactivity. This condition considerably reduces the body’s resistance to wear and tear and decreases the resources of the internal organs.

Manufacturers of energy drinks claim that their products increase performance by releasing the energy of the internal reserves of the body. For example, glucose, like other carbohydrates, is quickly absorbed into the blood, takes part in oxidative processes and transports energy to the brain, muscles and other important organs. Sometimes in advertising they say that the caffeine is present in the drink in its pure form and not bound with other substances, as in tea and coffee, so the effect of the component is stronger.

Stimulants act according to the same scheme: they take a large amount of energy from the body at once, which leads to depletion of the nervous system and metabolic disorders. In this lies the main harm of energy drinks. The producers of energy drinks make claims that the stimulating effect of their products lasts for 3-4 hours (in comparison to the coffee that only refreshes you for 1-2 hours), but they don’t provide references for the results of clinical trials, so this information is unfounded and questionable.

The harm of energy drinks

In fact, the energy drink is a small bomb, the explosion of which causes damage to all systems of the body. Soda contains a lot of useless and harmful substances. One drink contains a large dose of caffeine (comparable to three cups of coffee), as well as 14 teaspoons of sugar. Doctors are convinced that frequent consumption of energy drinks causes insomnia, fatigue, problems with the cardiovascular and nervous systems, and rapid depletion of the body’s resources.

The harm from energy drinks outweighs the benefits. The American Academy of Pediatrics warns that the components of such drinks have not been tested on children and there is no reason to consider them safe. In 2010-2011, there were nearly 5,000 cases of alcohol poisoning in the U.S. due to drinking energy drinks with alcohol. In 2017, an American teenager (Davis Cripe) who suffered severe cardiac arrhythmia died due to careless consumption of the stimulant.

It is extremely undesirable to mix energy cocktails with alcohol or caffeine-based drinks. Such a combination can cause the most unpleasant consequences. When combining energy drinks with vodka and other alcohol, such negative consequences are possible:

A severe spike in blood pressure;

deterioration of the liver, kidneys, pancreas;

Stimulants based on caffeine and amino acids are harmful to health, prematurely wearing down the body and depressing the functioning of all systems. The lesser evil they cause is acidity disorders in the mouth and destruction of tooth enamel. In some cases, allergic reactions of varying intensity have been observed following the consumption of energy shakes. With frequent intake and overdose of drinks a person depletes internal reserves of the body, depresses the nervous system, which leads to:

poisoning from chemicals in the product;

At a minimum, energy drinks lead to the appearance of tooth decay, reduced immunity and an increase in blood sugar. Such drinks deplete the nervous system, as a consequence of which a person feels bad, he has a decrease in performance, depression, unreasonable irritability. Energy drinks are contraindicated for young children and adolescents under 16 years of age, for women during pregnancy and for:

people with gastritis, pancreatitis, other diseases of the pancreas and stomach;

patients with pathologies of the cardiovascular system, glaucoma;