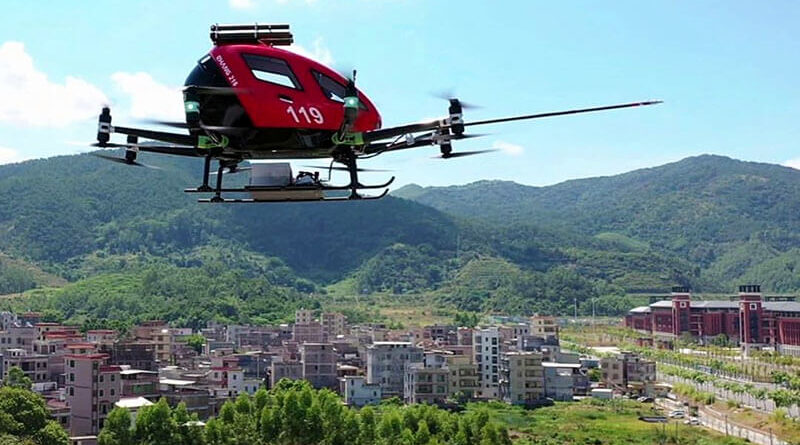 Many modern drones can stay in the air for about 30 minutes, after which they need a long time to charge or change the battery to continue the flight. All this imposes a number of restrictions on the use of drones. Israeli engineers have announced a solution to this problem, announcing technology that allows you to charge the battery in minutes. Three years ago, the Israeli company StoreDot announced the creation of FlashBattery technology, which can charge the battery of an electric car from zero to one hundred percent in just 5 minutes. Three years later, engineers were able to reduce the size of the battery, making it compact. This allows you to use new batteries in small devices such as drones.

The principle of operation of FlashBatteries is based on chemically synthesized peptide molecules known as nanodots. They form the basis for a multifunctional electrode, which opens up opportunities for super-fast charging. StoreDot claims that the chemical composition is completely safe. It does not ignite and has a higher combustion temperature than graphite. In addition, it uses bioorganic raw materials, which allows you to easily dispose of batteries based on it. “Charging the drone will take much less time, which significantly increases the flight range, because now you do not need to return to replace the batteries. At the same time, fast charging will allow users to expand operations in regions to which they did not previously have access. Both of these factors will significantly increase the efficiency and profitability of using drones for business, ”say StoreDot engineers.

Because the technology differs from traditional lithium-ion batteries, the new battery has a lower energy storage density. According to researchers, this is offset by its speed characteristics. We are currently testing devices with new batteries. The commercial launch is scheduled for the end of 2020. Nothing is known about the cost.