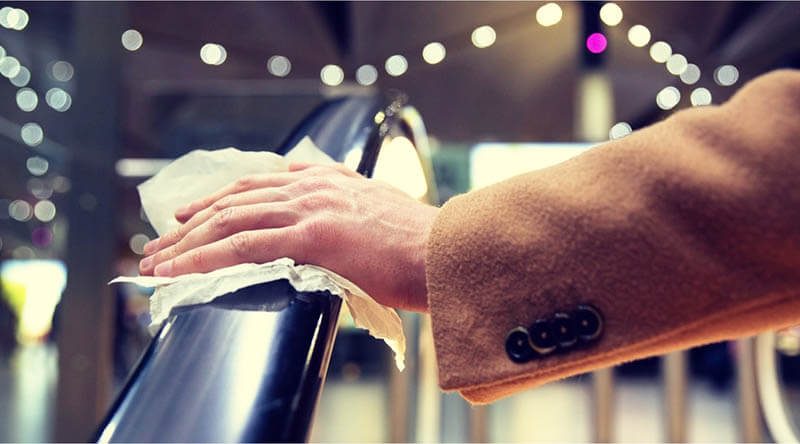 From avoiding mirrors to a fear of chewing gum, we’ve chosen Hollywood stars’ most surprising phobias.

A video of the supermodel wiping all surfaces near her seat on an airplane with antibacterial wipes once blew up social media. Many thought Naomi was just keeping a close eye on her health (remember her coronavirus-proof suit?), but it seems it’s not that simple and the model suffers from germophobia – a panic fear of germs. Naomi is so afraid of dirty surfaces (yes, even in first class on an airplane) that she lined or wiped everything with wipes at the slightest hesitation: however, in this situation, it is not the worst phobia.

A few years ago, the American model admitted that she has an aversion to the accumulation of small holes. Bee honeycombs, sponges and even bubbles in the dough – all of this makes the celebrity terrified: no one knows what can lurk in these tiny holes. Apparently, the cartoon “SpongeBob SquarePants” in the model’s family is under a strict ban.

Fear of spiders and other equally repulsive insects is understandable and not surprising, but Hollywood actress Nicole Kidman admitted that she is afraid of not cockroaches, but … butterflies. These bright creatures cause the star’s not falling silence, but real panic: the actress confesses that she has this phobia since childhood. Nicole Kidman not once tried to get rid of her fear and stop being his hostages: once, overpowering herself, the actress entered a huge cage with butterflies at the American Museum of Natural History. The celebrity recalls this experiment with horror – unfortunately, it did not lead to anything and the fear of butterflies did not disappear.

Many celebrities have to deny themselves pleasures because of their fears: thus, actress Kristen Bell prefers either not to go into the water at all, or to do it with gloves on – the star hates the feeling of wrinkled skin on her fingers. Agree, this phobia is more interesting than a fear of confined spaces!

Fears plague everyone without exception: some are afraid of heights, others are afraid of the dark, and Kylie Minogue is afraid of hangers: the singer is shuddering because of the sound made by hangers when they touch the dressing room’s crossbar: apparently, shopping with Kylie is a stressful experience. Therefore, in her dressing room, the singer does not hang up, but carefully stacks her many outfits: everyone adapts to live with their phobias as best they can.

Sharks are nothing compared to dolphins: that is what the American supermodel believes. The phobia developed in the star in childhood, and with age fears have not disappeared: dolphins still do not seem cute model. Once Tyra had an opportunity to get rid of her phobia – the celebrity went to the dolphinarium and even swam with the animals terrifying her. The panic passed, but the phobia remained – a phobia that does not even have a separate name – it seems that Tyra Banks alone is afraid of dolphins.

If you ever find yourself on an Oprah Winfrey show, firmly remember – no chewing gum: the star has suffered from a fear of gum since childhood. According to one version, Oprah got this fear because of her grandmother: she had a habit of not throwing away chewing gum, but sticking it in various places – apparently, her grandmother’s manners traumatized Oprah so much that now gum is not allowed to chew either the show staff, let alone her guests.

Apparently, Pamela Anderson’s least favorite story as a child was the fairy tale about Snow White, because the celebrity is afraid to look at herself in the mirror for many years, and also cannot stand her own image on TV. The cause of her phobia the celebrity does not name, however, given the luxurious appearance of the star, her fear seems strange and incomprehensible.

The actress once admitted that she experiences fear at the sight of dry paper: if it is not pre-moistened or not laminated, the star does not even touch it. It’s not easy being a star with this phobia, because being an actor involves a lot of scripts. But Megan has invented her own way: To familiarize herself with the plot of a future film, the actress puts a glass of water in front of her and soaks her fingers in it before touching the next sheet – people with phobias are very inventive!

Alexa Chung’s phobia is caused by one unpleasant incident: once the celebrity choked on an olive and it got stuck in her throat. The story ended safely, but now this food is under a strict ban for the star.