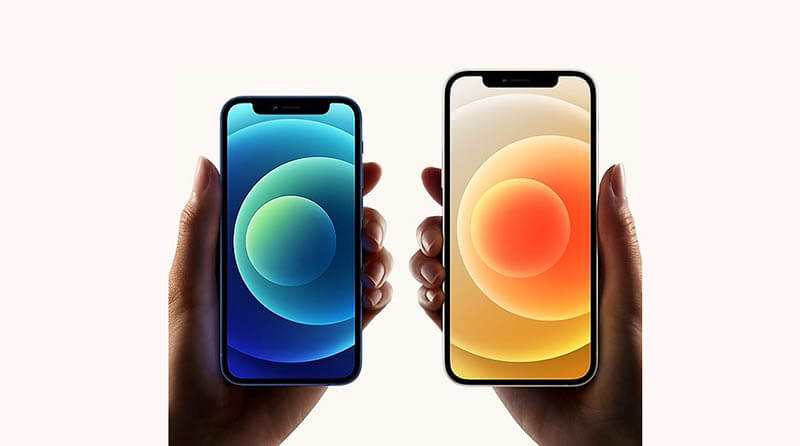 New iPhone 12, which made its official debut on October 13, stirred up the Ukrainian audience with an incredible price. For the most “advanced” variant of the device in the Pro Mah version, the average “perechik” will have to pay a six-month salary (₴51 425). The cheapest version of mini will cost at ₴25 700. Phone in the basic version with the most modest memory costs ₴29 384. In this review we will talk about the competitors of “apple” devices from Asia, comparable with iPhones by characteristics / quality / price.

The advantages of “Glexy”: a 3-module camera, a more productive 120-gigahertz screen, twice the amount of memory in the basic version (128 GB vs. 64 GB) and the presence of a quick charge.

The advantages of IPhone 12 in the basic version are more “advanced” 5-nanometer process.

This model of South Korean brand is interesting for fans of modern compact devices “a la iPhone 12 mini”. All other android-devices, except for the Sony Xperia 5 II, are characterized by excessive giganticism (close to tablet sizes make the devices uncomfortable to wear in the pockets of jeans).

The older fellow Twelve boasts a better camera and a normal kit (the basic kit includes a wired EarPods headset combined with an 18W power adapter).

The capabilities of the previous generation pro-version and the basic version of the novelty are generally comparable. In this case, the price of the “outdated” device is much lower, as evidenced by the increased discounts at domestic retailers after the premiere of the iPhone 12. Thus, in the first hours after the presentation of the novelties cost of “eleven” has collapsed to less than 600 dollars (about ₴17 000).

This option is a real find for Android hijackers. The American sanctions against the Chinese Internet giant forced him to intensify the work on the creation of his own shell, which was named HarmonyOS. The second version of the firmware with the numbers 2.0 in the name was released about a month ago.

Google services in Huavei smartphones have been successfully replaced by their own analogues, and the branded app store became the third in the world by the volume of content offered. In addition, many developers are actively migrating towards the Chinese brand due to numerous benefits (zero and close to zero fee for sold through AppGallery programs, games and applications).

Installed in the “top” version of the device, one of the most powerful processors of our time Snapdragon 865 provide smartphone close to fantastic performance, as evidenced by regular hitting the OnePlus 8 Pro in the top 10 ratings “AntuTu”. The shooting quality of this gadget is also at the highest level. And all this – for a relatively modest fee in ₴23 000.