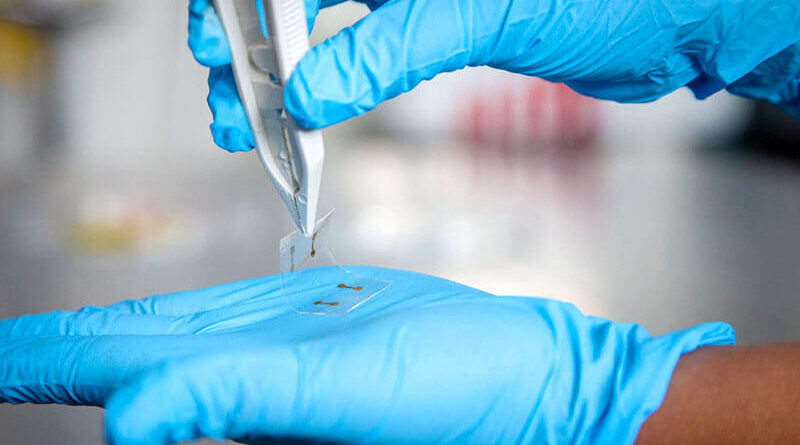 A new type of electronic material developed in Australia. It reacts to touch, bends – and at the same time is a hundred times thinner than modern screens for smartphones. The main material is already widely used in industry, and screens can be printed in large sheets, like newspapers.

A breakthrough in electronics was made by experts at the Royal Melbourne University of Technology: they created a flexible and thin screen for the devices of the future. And not only smartphones – you can print screens in huge sheets that resemble newspapers in format.

The basis of their invention is a material that is widely used in modern touch screens – indium tin oxide. It is transparent, with high conductivity, but too fragile. Therefore, scientists decided to add plasticity to it, as well as reduce its thickness, says New Atlas.

“We took the old material and transformed it from the inside to create a new version, much thinner and more flexible,” said lead researcher Torben Deneke. “It can be bent, twisted, and it is much cheaper than modern touch screens with their slow and expensive manufacturing methods.”

New material is made in the process of liquid printing. In this case, the indium-tin alloy is heated to 200 ° C, becomes liquid and it is rolled out on a surface with a thin layer. Sheets of a few nanometers thick consist of the same chemicals as ordinary indium tin oxide, but they have a different crystalline structure. It gives the material unique properties.

The main advantage of the material is flexibility, but transparency should also be noted: it absorbs only 0.7% of light, in contrast to 10% for standard conductive glass.

This means that smartphones with such a screen will consume less energy, Deneke said.

The developers made an experimental touch screen for the phone, but the material can also be used for the production of photocells, smart windows or other intelligent electronic devices.

Any surface can be turned into a touch thanks to the development of UltraSense Systems. A tiny ultrasound chip recognizes finger pressure. Neither moisture, nor dirt, nor a greasy film on the surface interfere with his work.