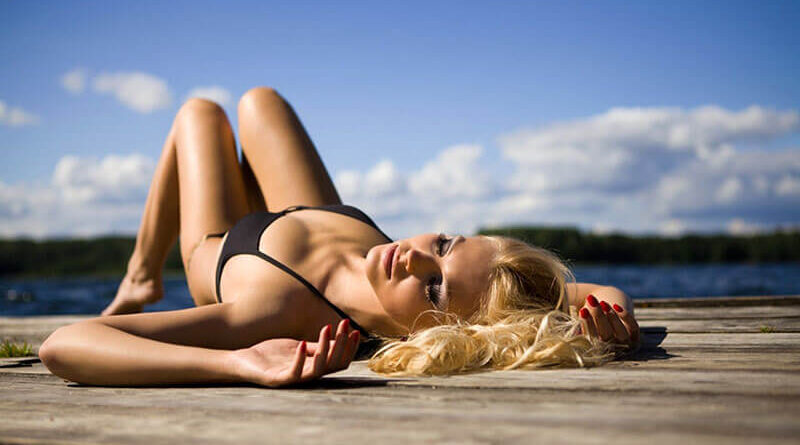 Practice as much as possible in flirting, and in situations when in fact close acquaintance with far-reaching consequences is not implied and is not planned. For example, flirt with a hairdresser, saleswoman, waitress. Interestingly, men who have constant girlfriends quickly lose their shape in terms of flirting – they seem to have nothing to flirt with, because usually we do this only with an eye on sex, so to speak, in the order of warming up before the attack.

And women in relation to flirting never lose their shape, because they flirt and flirt just for fun, constantly, and whether they are attached or not – they don’t even care. Learn! Flirt everywhere! Go to the haberdashery store for a gift for mom or sister. Ask the saleswoman to help you choose a cream, perfume, jewelry – she will only be glad. Thus, you will kill two birds with one stone: a gift will be chosen by a knowledgeable person, and you will not waste money, but at the same time practice flirting. And the saleswoman will sigh for a long time, looking after you, and think: “I wish my boyfriend were so gallant and witty! And caring.”

Flirt in the workplaceWork is an excellent training ground for flirting, and for many men it is the main source of dating. If you only choose a place of work, then look for one that will be associated with the society of women (of course, within reasonable limits: the profession of an obstetrician-gynecologist discourages every taste for the joys of life at work). The general principle of choosing a job is this: the larger the company or company, the more numerous its staff. In addition, it should be borne in mind that more women than men work in certain areas. In any work that requires the ability to talk, and not carry heavy loads, most likely, a lot of charming women graze.

Flirt at the barA generation ago, 90% of bar visitors were men, and in some countries women were generally supposed to sit in a separate room. There were even purely male bars. You ask, why did men then go to the bar at all? To drink, apparently. Fortunately, times are changing, and now we – smoothies, Don Juan, lovelace – in the bars and cafes are expanse, because there are no less visitors than visitors. By the way, this also affected the interiors: now the bars are more like elegant cafes with mirrors and soft sofas than pubs.

In addition, the bars have become cleaner and more comfortable – and, of course, more expensive. Oddly enough, men do not avoid these new types of establishments, where the air conditioning in the smoking room is clean, bright, comfortable, and not only because there are many women in such bars, but also because men, it turns out, prefer soft armchairs and sofas with ringleted chairs and rickety tables, stained with beer. Here he is, an example of ennobling female influence on men. And the ladies still say that we are not succumbing to training.

If there is such a cozy bar or cafe near your home, make friends with the bartender. True, he can turn out to be both a role model and a dangerous rival, because for unknown reasons, the man behind the bar is associated with ladies with dominance, courage and charisma. On the other hand, if you make an acquaintance with a lady and at the same time demonstrate to her that you are bosom bosom buddies, she respects you and decides that you, like him, are the soul of society and the guy is not a miss. By the way, women willingly flirt with bartenders. In general, think about how to master this profession yourself, because bartenders are considered inveterate Casanians.

The success of flirting also largely depends on what place you take in a bar or cafe. It is best to arrive early before a crowd has gathered in the institution, and take a strategically advantageous position – the most illuminated place, because that is where women will flock. It is also useful to take a place on the aisle in the women’s toilet – all visitors will defile by, and you will have the opportunity to properly examine them and, if necessary, start a conversation. Moreover, women usually go to the toilet one at a time, even if they came in company, and sticking one on one is much calmer than before the eyes of her giggling girlfriends.

[Flirting is an activity that is definitely worth learning from the fair sex. It allows you to attract attention and evaluate the initial position of a woman to you. Beauties only need a couple of shots with eyes or a playful remark to get at their disposal an interesting man. And the stronger sex, in addition to the ability to flirt, for a successful acquaintance, you will need the ability to take the initiative, the ability not only to start, but also to maintain fascinating communication and confidence in each of your actions. You can learn all this in real conditions at practical pick-up trainings of the Acquaintance Academy using special equipment. ]

And of course, the best place to start a conversation (not only with a woman, with anyone) is the bar. This is a public space where strangers make contact easier and it will be easier for you to start a conversation. For comparison: if you are addressing a woman who is sitting at a table alone or in a company, then in a certain sense you are invading her private space. (Remember how annoying you are sometimes if you were approached by a beggar or a fundraiser for charity, when you just quietly pulled your beer and didn’t touch anyone.) But at the counter everyone is equal, this is a “nobody zone”, a neutral band.

Flirt at the partyParties are an even more comfortable setting for acquaintances, because if there are quite a lot of people who have come to the bar to just sit, drink and relax, then people go to parties to communicate and get acquainted by definition. Including for this very one that worries you so much. In addition, at a party you are usually familiar with at least one person who can introduce you to someone else. Of course, to attend the party, you need an invitation. But, however, if the neighbors have a feast and do not let you sleep – consider that you have every right to come to them without asking. Making a noise, they kind of sent you an unspoken invitation to join – but what else remains for you to put your head under the pillow? As a rule, in such a situation, the neighbors will even be happy, unless you behave like a complete nutty.

It’s always better to come to parties early. In a large company, to approach a woman, you need some excuse, and if the guests are only three or four people, then an excuse is not required. So go ahead and do not wait for the appearance of potential rivals. Especially if the lady is beautiful. Introduce yourself, start a conversation, then, when other guests will catch up, you can go to them, and later again resume the conversation with the intended young lady – she will just have time to miss you and warm up with a drink. And then take a decisive attack: get the dance, kiss, phone, date, consent to leave the party with you right now. The main thing is not to spoil things: do not get drunk and do not switch to the woman who appeared later. She can put you off, and then the first one will lose interest in you.

Flirt on vacationIf you need a serious injection of self-confidence, take a vacation. Any trip – even to the beach by the sea, even to the ski resort – guarantees you success with women. The secret is that for them to “have a good rest” and that means spinning a novel. And “never rest” means returning home with nothing. On vacation with women, it is easier to start a conversation, seduce and seduce. At large, they are more willing to make contact, because in a normal, everyday atmosphere, poor people are pressed by social conventions that do not allow them to surrender too quickly in order to avoid the reputation of an “affordable little thing.” On vacation, all this nonsense instantly evaporates from their pretty heads, and besides, any lady usually comes on vacation in full dress, in the best outfits, having visited a beauty salon, and therefore feels more confident and attractive. What exactly affects them – freedom, the sun, alcohol, lack of responsibility, an abundance of entertainment – sports, swimming, dancing and other things – is hard to say. Probably all together. Last but not least, the fact that there are many unfamiliar men around and that the vacation will end sooner or later. In short, it’s easier to seduce a woman on vacation. Some of them do not even consider this a novel – so, “rested”. A woman, as a rule, comes on vacation already set up to “shake herself”, so do not waste time. She might not look at you at home, but in a strange place – how else. Anthropologists call this phenomenon so beneficial for us, “cultural remission,” that is, an area where ordinary social norms are weakening.

Alcohol Free FlirtIn my opinion, coffee shops and pastry shops have a certain potential – they are full of lonely ladies with a book or magazine. The advantage of coffee houses is that they don’t feel flirting conditions, so it’s easier for you to be yourself and stay naturally. The downside is that many women go to coffee shops and pastry shops just to calmly read in solitude, away from harassing, annoying men.