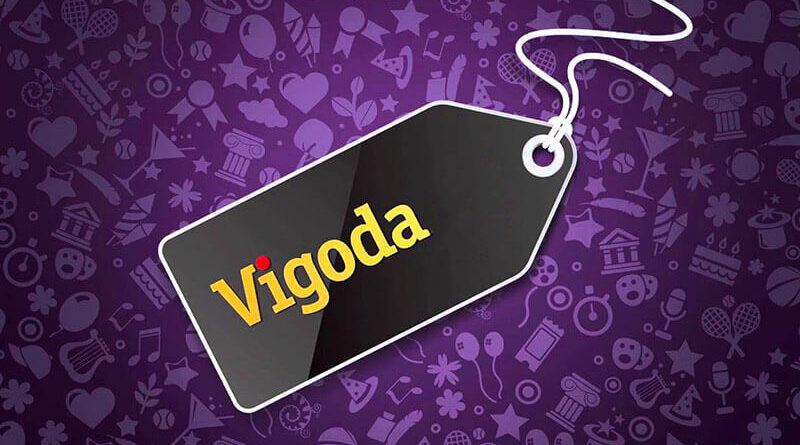 Scandals and fraud cases have undermined consumer confidence in coupon services. Producers of goods and services also lose interest in cooperating with them. “The DP understood why popular earlier coupon companies are no longer needed by anyone.

Coupon services that provide discounts on goods and services, having experienced a real boom in popularity in Russia in 2011-2012, were gradually losing their customers. In April 2016, the American company Groupon sold its Russian business to investment fund ru-Net Leonid Boguslavsky, who already owns a similar service Biglion. According to experts’ estimates, the capacity of the Russian coupon services market exceeded 15 billion rubles in 2015. There are over 200 coupon portals in Russia, the largest of which are Biglion, Kupikupon, Groupon and Vigoda. But over the 6 years of this business, consumers and many companies that once considered coupon services as an effective platform for attracting new customers lost interest in it.

The advent of coupon services in the U.S. was a logical development of a long tradition of cutting coupons out of newspapers to be presented in a store for discounting. Coupons previously popular in paper form were no less popular in electronic form. However, at first there was no failure. Progenitor of coupon services project Mercata, founded in 2000, just a year later was forced to close, unable to compete with online retailer Amazon.

But the Groupon service, founded in 2008 by 28-year-old entrepreneur Andrew Mason, became so popular that a couple of years later clones of this company began to appear around the world. The principle of work was quite simple – companies that provide certain services, presented their products on coupon service sites with great discounts, thus attracting a large number of customers.

Russia was no exception, and since 2010 coupon services copying Groupon have started to appear in our country. In the same year, the American Groupon bought back its Russian equivalent of Darberry, turning it into its Russian subsidiary.

To promise and go bankrupt

In the first year of development, the coupon services market doubled, and by 2011 its volume was estimated at 7.5 billion rubles. But by the end of the year the first serious problems had already begun. Not all of the coupon services that appeared could fulfill their obligations to consumers and companies that addressed them.

For example, the BigBuzzy service offered its customers iPhone 4S at a 51% discount. From the moment this offer appeared, it was actively discussed on the Web. Analyst Eldar Murtazin even published a material explaining why this promotion should be considered a fraud. Someone still received the goods at a discount, but 7 thousand orders were never fulfilled. And claims to Bigbuzzy began to be made not only by consumers, but also by companies that distributed their goods with discounts through the coupon service. The latter complained that the company did not pay them a percentage of the sold goods.

In 2011 alone, OOO BigBuzzy, which owns the BigBuzzy service, was the defendant in 57 arbitration cases, 11 more lawsuits were filed against it in 2012, later the company filed several bankruptcy applications. And in 2014, BigBuzzy LLC was finally declared bankrupt. OOO Lightbazzi now owns the coupon service for BigBuzzy.

But the loud story with smartphones is not the only case when customers were not satisfied with the coupon services. In the same 2011, “Grupon” has an offer to buy a German vacuum cleaner worth 22,900 rubles with almost 70% discount (the final price was 7,890 rubles). Later, users complained that the vacuum cleaner turned out to be Chinese, and even found a link to a similar product on the site Alivaba.

If it was not a product, but a service, then here too, visitors were not always satisfied. Often companies have tried to save money on the discounted service and provided it so poorly that customers did not even think about how to buy the service at full cost. A number of such cases almost completely discredited the coupon business. In 2011-2012, among closed young companies, most of them were coupon services.

“In the conditions of the economic crisis and mass cost optimization, the problem of poor quality of goods and services provided by a number of companies on coupon discounts, combined with cases of misleading customers and imposing additional services on them, became particularly acute. And a number of consumers have formed a negative experience, which applies to coupon services in general,” – explains General Director of the agency “INFOLine-Analytics” Mikhail Burmistrov.

And everyone wasn’t happy

In addition, even when the service was of high quality, customers were often not prepared to pay more for it. Many were attracted only by the low price, not the service or product of a particular company.

“I would also note the strategic problem of the initial limitations of the coupon services model: the interest to try new services and institutions at a low cost only a part of the customer audience – and this segment because of its volatility and low brand loyalty is not very interesting to many categories of business. This is not a specific, but a worldwide problem of the coupon model – but in Russia it has been subjected to an increased financial burden due to the competition of several large coupon projects for the same buyers and the same sellers,” explains Boris Ovchinnikov, Research Director at the Data Insight Agency.

Since customers in most cases did not show any loyalty to the brand, over time the companies themselves began to lose interest in the services. For them, coupon shares often became useless and even unprofitable.

“Companies that use coupon services to promote goods and services are increasingly faced with a low level of conversion of customers at discounts into permanent ones and, as a rule, state a low level of economic efficiency of such shares”, – says Mikhail Burmistrov.

In 2013, the work scheme gradually began to change. While earlier coupon services mainly offered coupons at a price that included the cost of the service, money for which was then transferred to the supplier, over time they simply began to sell coupons for a discount. That is, the customer purchased the coupon itself, and the cost of the service paid already in the office of the company providing the service. This scheme became more secure for both companies and customers, as it helped to protect both from the actions of fraudsters. It also helped to avoid the situation faced by Bigbuzzy customers who were left without ordered and paid smartphones. Also, coupon services more often began to offer free coupons for discounts.

“The development of coupon services increasingly gravitated towards an advertising format, i.e. receiving money from companies that provide goods and services, while customers’ expenses for buying coupons are decreasing. At the same time, the costs of attracting traffic tend to grow and cause a deterioration in the financial position of companies – coupon services operators”, – says Mikhail Burmistrov.

However, along with the already listed reasons for the reduced demand for coupon services, experts call a natural attenuation of interest, which is often faced by businesses that have experienced a peak in popularity.

“Coupon services are only one of the marketing tools for retail business. We periodically observe the emergence, fading and disappearance of such marketing ideas. Many people remember the colossal effect of TV advertising in the early 1990s, then there were discount and savings campaigns. One of the laws of retail is constant stimulation of demand by discounts, gifts, etc. Coupon services – from this series. Having appeared in Russia in 2010, they generated a wave of demand, which naturally peaked in 2012 and then began to gradually decline,” explains Natalia Zubova, Marketing Director of Energy Consulting Group.