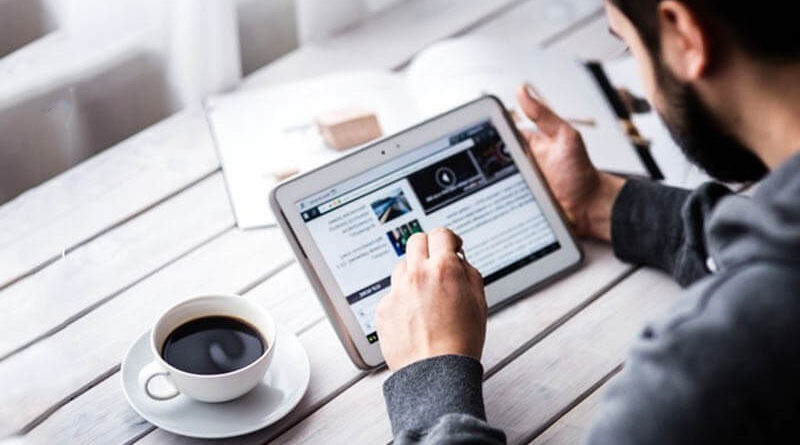 Today, Google and Facebook actually control the Internet, and their main revenue is generated by advertising. And this business may be intercepted by another giant Amazon in the coming years. A few years ago, he earned almost nothing in the advertising business, and in 2020 the profit was $ 10 billion. By 2023, profits will quadruple. Given Amazon’s unique business model and the history of its acquisitions of entire industries, this giant could change the interior forever, displacing Google and Facebook from the online advertising business.More than 70% of Google’s revenue is generated by advertising. Facebook receives 98.5% of its advertising revenue.The success of online advertising depends on how willing the user to show it is to make a purchase. This is what makes advertising in Internet search engines so effective: the user only needs to be told where he can buy what he already wants.On Facebook, users do not come to look for a product and where to buy it. However, the social network knows almost everything about the user, including the history of his purchases, location, interests, tastes, place of work and residence and much more. This information allows Facebook to effectively embed product offerings in the user’s news feed. Therefore, in 2019 the company received $ 69 billion from this business.Amazon has a unique position: it controls up to 40% of trade in the western segment of the Internet. In some categories, such as cosmetics and batteries, its share reaches 94%. The coronavirus pandemic only strengthened the giant’s position, as more and more users began to buy online. It is projected that by 2020, the company will control 5.5% of all US trade – one of the largest markets in the Western segment of the Internet.

Amazon is capturing the worldA section called “Sponsorship Products” has appeared on Amazon. It includes sellers and brands that have paid for the placement. The special feature of sponsored products is that they are the first to appear in the search results on the Amazon site. Also, visually, they are made in a style that is easy to confuse with the segment “Amazon Choice”, which houses products with attractive consumer qualities and price.Advertisers like this Amazon ad because it is shown to the user just when he is ready to give his money.In this respect, even Google is much further from sales, because a search for the word “hammer” does not necessarily mean that the user wants to buy it right now. But on the Amazon site, a search for the word “hammer” means that the user wants to buy a hammer.At the same time Amazon earns twice on the advertised products. First, he receives money for their promotion in the “Sponsorship Products” section, and the second time – he receives a commission for the sale of goods.One Amazon vendor said that investing in Amazon advertising was still the most effective. Each dollar invested in Sponsorship Products brought in about $ 12.Advertising on Amazon is quite cheap – for $ 249 you can show ads to 1,049,000 people. This is because Amazon is interested in increasing sales of goods. The company takes 6-20% of each trade.The low cost of advertising on Amazon is also due to its relative simplicity. Google needs a global data collection system to operate its advertising infrastructure, which is expensive and complex and still fails to consistently identify the user’s desires. Amazon users themselves say they want to buy.

The shadow of Amazon hangs over the InternetAmazon’s net profit this year is expected to be $ 5.2 billion, which is almost twice as much as $ 2.6 billion in 2019. The giant achieves such results with its aggressive behavior towards both workers and customers and competitors.Employees of the company are in such a situation that they were recently forced to come to the estate of Amazon owner Jeff Bezos with a demand to improve conditions. California has launched an investigation against Amazon for poor working conditions.Amazon is also known as an industry-absorbing company. Even in its early years, this giant almost completely absorbed book sales. And in recent years, the “cloud” of Amazon Web Services (AWS) has become one of the largest, providing services and sites on the Internet. AWS in 2018 brought Amazon more than $ 7 billion in revenue – more than sales of things.At one time, Google, Twitter, Facebook and others successfully pushed newspapers and magazines out of the advertising business, leaving them crumbs.Today, they can be replaced by Amazon, because Jeff Bezos spends the billions earned on one thing – strengthening “Amazon”. Even the fact that the Amazon Grand Challenge lab is looking for a cure for the common cold is in favor of the giant, as it is the second largest employer in the United States. And in 2017 alone, employee illnesses cost companies $ 530 billion.The expansion of Amazon will reduce the capabilities of Google and Facebook, which today develop third-party projects – reading product names blind, free processor manufacturing, mosquito extermination, autopilot on cars, balloons for Internet distribution, aircraft for Internet distribution and many other promising technologies. It will also reduce funding for popular but unprofitable products, such as Facebook’s WhatsApp messenger.When Amazon becomes an online advertising monopoly, it could mean a cooling of the technology boom. Amazon will continue to grow, while others will decline.