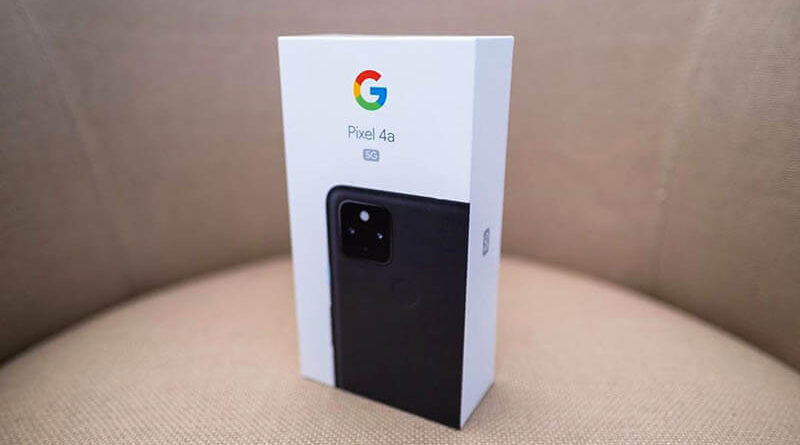 A small phone with a great camera and a concise Android 11 of the latest version – so you can describe the Google Pixel 4a. In Ukraine, Google Pixel of any generation is a real exotic, because we don’t smell like official sales, but people still get these unusual Google phones.

At first glance, Google Pixel 4a does not bother at all: the phone looks simple, the body of ordinary plastic – a budget of clean water. At the same time, for connoisseurs of the Pixel cult, this is a great chance to try Google software without overpaying for “extra” features. The compact Pixel 4a easily fits in any pocket, weighs absolutely nothing – the perfect mobile camera for all occasions.

The phone is small in size, it is light and thin, if you are tired of bulky devices, then it’s just a salvation. Although the screen is not so small: a diagonal of 5.81 inches is sufficient for comfortable video viewing or typing.

The display is flat: no bends on the sides, a simple flat surface, closed Gorilla Glass 3, where it is not difficult to stick additional protective glass. The frame is not the thinnest, but nevertheless the front surface looks neat.

The screen is of normal quality, it does not have any features such as increased refresh rate, like a classmate OnePlus Nord or super-strong protective glass. Oleophobic coating of medium quality, the picture is bright and does not fade on the street. Brightness adjustment works well, at night you can read from the screen and not overload the eyes.

There is a simple rule in the smartphone market: if you want a phone with a great camera, buy a flagship. But Google has its own opinion on this account, the Pixel 4a has a very democratic price of $ 350, while the quality of photo photography smartphone is high.

There are no additional modules like a TV or ultra-wide-angle camera. Only a single 12-megapixel camera, familiar from old Google smartphones, and all the power of image processing software.

Impressions of the camera of an inexpensive smartphone remained great, Google Pixel 4a gives a picture of excellent quality, it can be put on a par with the flagships. Great night mode, fast focusing, except that it takes a little longer to process HDR images than you expect. But the result is worth it.

Not about benchmarks, but about optimization

The stuffing is like this: almost the freshest, but quite lively Snapdragon 730, 6 GB of RAM and 128 GB of internal memory. Of course, there are no memory card slots, like no other Pixel phone.

The characteristics are normal, but the software is well adapted, vibration is excellent, so I do not want to let go of a small Pixel. I was pleased with the responsiveness and lively speed of the phone, the interface is smooth, the design is concise – inexpensive Pixel 4a left a pleasant feeling.

In theory, the smartphone should receive at least three years of software updates, this time. The second point – we get all the features of Android at the same time, as for more expensive smartphones of the Pixel family. Another thing is that not all the charms of the Google ecosystem are available to us. For example, Pixel backgrounds have a voice recorder with a decoding function, it works in real time with a breakdown by seconds. A journalist’s dream! But so far only English is supported.

I like the minimalist design of the menu, there is nothing superfluous, and convenient little things brighten up life. For example, you can enable an adaptive row of icons, and then application icons will automatically appear on the bottom line of the home screen, depending on your preferences. And how conveniently the built-in function on definition of spam calls with the next offer to get a credit card works!

I got the phone on Android 10, but soon an update to Android 11 arrived. I hope that Google will release patches regularly and there will be no problems with support.

Phone for one hand

If you evaluate the phone by its appearance, you will not feel any emotions from the Pixel 4a. The case is plastic, the feeling of an inexpensive phone is complemented by tight volume buttons and a loud power button.

There is no need to choose between the colors of the case, the phone is available only in black. It is a pity that there is no more fun color: at least light gray, white or bright yellow, but for the Pixel 4a there are excellent fabric covers. They are very pleasant to the touch, the pattern on the surface is interesting and thus you can refresh the dull image. On the other hand, frosted plastic is not a pity: it will not break when dropped, like glass, scratches on it also did not appear in a couple of weeks of use.

The fingerprint scanner is located behind, works without errors, the main thing is not to miss and get on it blindly the first time, but it’s a matter of habit. However, after getting acquainted with the Galaxy S20 Fan Edition, where the on-screen fingerprint scanner worked just disgustingly, I can no longer say that the scanner on the back is bad. At least it works perfectly and does not blunt. But the main thing is that a light smartphone can be confidently used with one hand without fear of missing it.

To the delight of wired headphone lovers, the Pixel 4a has a 3.5mm jack on the top end for listening to music. The phone has stereo speakers, and they are not found in all inexpensive smartphones. The sound is normal: the volume is at a good level, but without pleasant features like deep bottoms or a feeling of volume.

Traditionally, the phone has one physical SIM card, but there is support for eSIM. Payment for purchases via Google Pay is also present, NFC is in the smartphone.

In the box with the phone is a powerful charger of 18 watts, you do not have to spend on an additional power supply, fast charging is always at hand. The phone does not support wireless charging, which is a pity.

The indicators, in my opinion, are good: a phone with not the largest battery can withstand a day of active use, giving a total of about 5.5-6 hours of screen time. For comparison, I have the same Google Pixel 3 XL.

In America, the smartphone costs $ 350 without taxes, in Google Pixel 4a only black and one memory option: 6 GB of RAM and 128 GB of built-in.

It is not officially sold in Ukraine, and if ordered from the United States, it will cost about 13,000 hryvnias. But this is without delivery. On “Hello”, for example, Pixel 4a can be purchased for UAH 15,900.

On the iPhone side, the Apple ecosystem, more expensive and high-quality materials, as well as a top processor, albeit the last generation. But Pixel 4a wins on autonomy, it has a bigger screen, better photos. But in terms of the sensations of the phone in the hand of the iPhone SE, of course, ahead.

For American or European buyers, Google Pixel 4a turned out to be an interesting offer. It does not captivate with a dry set of characteristics, but with the sensations that develop as you use your smartphone.

It is inexpensive, at the same time perfectly takes photos, works quickly, is not overloaded with superfluous functions, and during autonomous work it is not necessary to worry. At the same time, it is small and convenient to use with one hand, such smartphones are not enough and I want to have more of them.