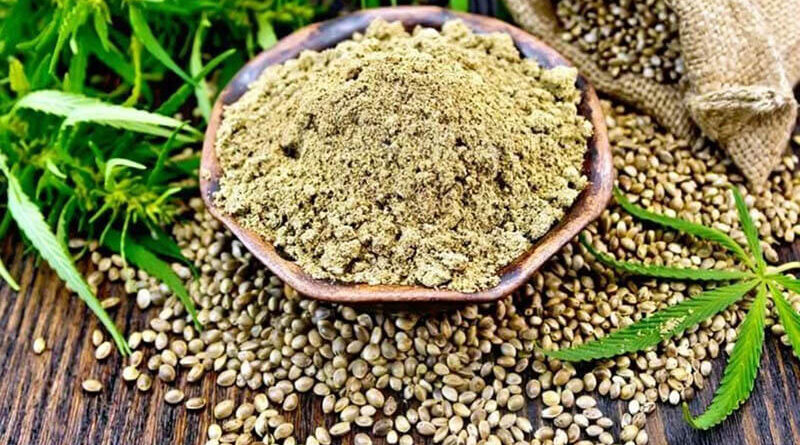 Hemp products, whose reputation is undeservedly tarnished, are increasingly being included in health food offerings, and the selection in supermarkets is growing. You will learn about the benefits of dishes prepared with cannabis-based ingredients.

– The use of hemp in our country is reflected in written sources from the time of Ivan the Terrible: in Russia for centuries they ate hemp porridge, hemp oil was used to fill dishes and to treat baths, with its help they took care of their hair and face, and for children, women who were pregnant and nursing they always stewed hemp in milk in ovens.

In Russia, cannabis varieties are grown that are on the state register of breeding achievements. They do not contain GMOs and tetrahydrocannabinol (THC), which causes psychoactive reactions. Sometimes these varieties are called technical varieties because the whole plant is used in various industries: the stems are used for fiber, fabric, mulch, and construction materials, while the seeds are used in the food and paint industries.

Hemp food products are made by processing the seeds. The process is not easy: the skin of the hemp seed is tough and smooth, while the kernel is delicate and buttery. The taste and texture of the kernel is nutty. In the rutting process, the kernels are cleaned of skin and bran, then pressed to produce oil of varying quality and color, from richly emerald to golden-green. The cake is processed into flours and protein powders of varying degrees of purity. The unprocessed seeds can be germinated and used in salads and smoothies.

The nutritional value of protein is determined by the composition of its amino acids. Eight of the twenty-one existing amino acids the human body cannot make on its own. Hemp proteins contain all eight of these essential amino acids. So in this sense, hemp can be called plant meat and milk.

The main component of cannabis proteins is edestin, a globular protein that is found in nature only in the hemp seed. It is similar to the original globulin protein found in human blood plasma. Due to this similarity, the human body easily produces immunoglobulins from hemp proteins, which protect the body from infections.

Hemp is a source of rare and very important elements: mesoinositol, essential for carbohydrate metabolism and blood cholesterol regulation, phytin, preventing liver obesity in case of lack of protein food in the diet; arginine, reducing the risk of cardiovascular diseases, as well as chlorophyll, vitamins E, A, B group, zinc, iron, manganese, magnesium, potassium, sodium, zinc.

Hemp in the Kitchen

Well, it looks like cannabis can be eaten for breakfast, lunch and dinner. And this menu won’t just be interesting for vegans and raw eaters, but for real foodies as well. The easiest thing to come up with is to substitute traditional nuts and seeds (sesame, pumpkin seeds) for hemp kernels in your favorite recipes, and olive oil for hemp oil – sprinkle on a salad or ice cream, garnish a dish, add to baked goods, mix in a blender with milk or juice.

Kernels are perfectly imbued with flavors of spices, combined with coconut and turmeric, syrups, honey, different nuts. In soups create a thick and delicate texture. When roasted, the herbaceous note goes away and the flavor becomes nutty. Hemp proteins can be used not only in nutritious smoothies, but also as a base for biscuits and sauces.

Barbosco chef Paul Ann has developed a recipe for hemp pancakes. According to Paul, hemp flour, the main ingredient in his dish, is underrated and little used in recipes.

The kernels go well with various cereals and stuffing, marinate in vinegars and sauces, other oils, are suitable for pie fillings, and are caramelized.

The oils are not suitable for frying, but may well be used for stewing, work well in white sauces and with mushrooms.

– Nowadays many people perceive cannabis wrongly and don’t realize the benefits and versatility of this product. In Russia hemp was grown and used for technical and gastronomic purposes. We should not forget that it is a highly profitable crop, which neither flax, nor sugar beets, nor sunflowers, nor cereals can be compared to.

Peasants respected this plant and paid close attention to its properties. First of all, hemp was used to make hemp for clothing, fishing nets, sails, and horse harness. Hemp was used to feed poultry, and oil (30-39% of seeds) and protein in the form of flour and kernels were used as ingredients in home cooking. The use of hemp in traditional medicine was of great importance. Now hemp is making a comeback in the kitchen.

I like to use hemp – it’s a very interesting product, rich in trace elements and protein. Some of my favorite combinations in the kitchen are tabbouleh with hemp seeds and tomato concasse and a healthy chocolate bar made with hemp and dates. In addition, I experiment a lot with making desserts with hemp protein and, of course, adding hemp oil to sauces and dressings instead of the usual types of vegetable oil.