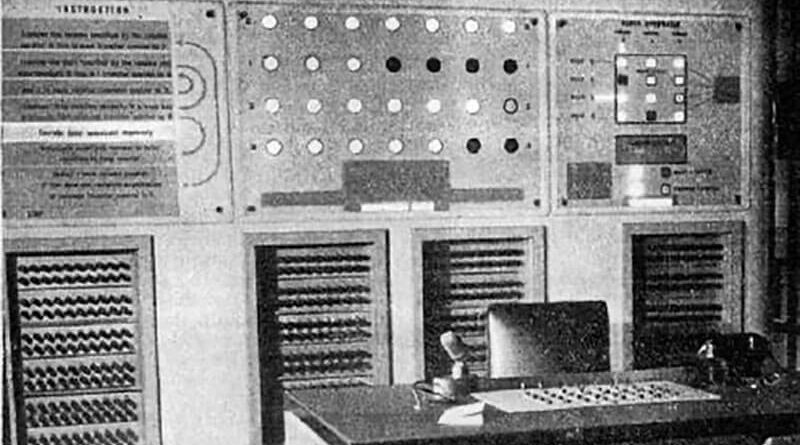 Does the name Conrad Tsuse say anything to you? He was the one who created the world’s first functioning programmable binary computer and the first programming language. His fate is extraordinary.

Who invented the computer? There is no unambiguous answer to this question: several scientists from different countries – Americans, Britons and Germans – made their contribution to the creation of an electronic computer. And yet the first working electromechanical, programmable, binary computer was created by German engineer Konrad Zuse. He is also the inventor of the first high-level programming language. June 22 marked the 110th birthday of Konrad Zuse.

The boy was just tired of counting by hand

Conrad Zuse was born in Berlin. In 1935 he received his engineering degree from the Berlin Higher Technical School. He did a little work at an aircraft factory. The talent of the inventor manifested itself in his early childhood. Parents quickly appreciated it: they helped finance his son’s experiments.

It was in his parents’ apartment that a computer prototype was born – a mechanical computer with electronic drive Z1 (Z is the first letter of Zuse’s name in German). It was the first to use in practice a binary number system, which formed the basis of modern computers. As Konrad Zuse confessed several decades later, he was inspired to create a computing machine… laziness. During study and work at aviation factory it was extremely tired by infinite calculations, therefore it was engaged in development of more perfect computing machine, than the arithmometer.

Soon, this hobby fascinated him so much that he quit, borrowed more money from friends and began to collect a counting machine on the table in the living room of his parents’ apartment, experimenting with wires, relays and metal records. Soon, the binary machine was taking up half the rooms.

From the front to the science lab…

Zuse’s invention was far from perfect, the device constantly broke down due to poor quality components. Work on a more perfect model was interrupted by World War II. Zuse was sent to the front, but only a month later he was recalled: the development of the military industry of the “Third Reich” was interested in. For Zuse interceded engineers and scientists who enjoyed influence in Hitler’s entourage. As a result, the 30-year-old engineer received a “reservation” and joined the scientific elite.

The young inventor’s developments were used, among other things, for the design of guided missiles “Fau”. But at the same time, Zuse did not stop improving his main brainchild. He was never a fanatical Nazi, although he was not, of course, a resistance fighter.

In 1940, Zuse introduced a modified prototype of the Z2 calculator based on telephone relays. The conditions of the tasks were entered using the keyboard. Since records and other coarse parts were often jammed, resulting in malfunctions, Zuse came up with a clever solution: he began to encode tasks on a machine using holes in the used film.

However, the real breakthrough followed a year later, when the moderated Z3 model appeared. These large cabinets weighing a ton and are considered the first functioning programmable computer in history – a software-controlled device whose operation was based on a binary numbering system. The binary calculator’s memory was 64 words with a length of 22 bits. Compare it with the capabilities of an ordinary modern computer!

The original Z1, Z2 and Z3 did not survive to this day: they were destroyed during the 1945 bombing of Berlin. On the other hand, Zuse managed to save his next model, the Z4, which lasted a total of six years: from 1944 to 1950. For Z4, which already used vacuum electronic lamps, Konrad Zuse developed the world’s first high-level programming language Plankalkül (which means “plan calculation” in German).

In 1949 Zuse founded the company Zuse KG, which existed until 1967. The company produced specialized computing devices for the optical industry, aviation industry, university laboratories. Among them was the first computer with memory on magnetic media.

Despite his innovation and engineering talent, Zuse was lagging behind his American competitors – IBM and other firms – with each passing year. Post-war Germany was not the best place to invest in an electronic future: the government spent all its money on rebuilding the country. Moreover, Zuse did not have the infrastructure necessary for further development and could not learn about new devices and programs in time.

In 1967, financial problems forced Konrad Zuse to sell his company to the Siemens concern. For several years he worked in the concern as a consultant, then gradually withdrew from business and began his long hobby – painting. Zuse painted several portraits of pioneers in the computer industry, including his main competitor – Bill Gates. Shortly before Konrad Zuse’s death in 1995, they met in Hanover at the international computer fair CeBit. The portrait given to Gates at the meeting decorated Gates’ office at Microsoft for many years.