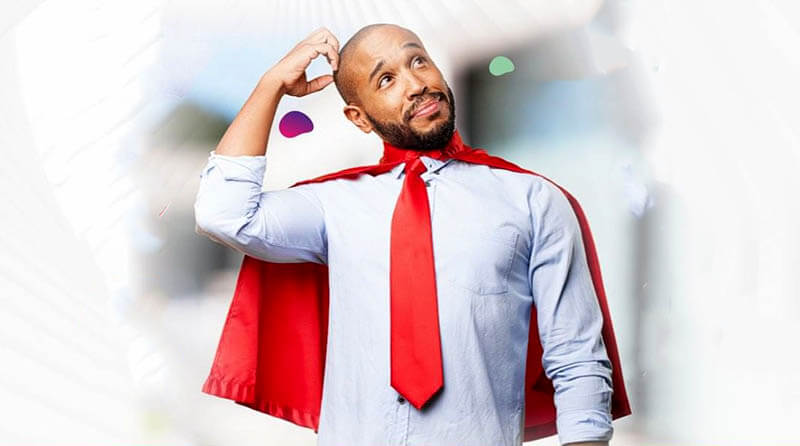 There are people who have a talent for remembering huge amounts of information. Their example suggests that each of us is capable of retaining far more in our memory than we can imagine.

Unlike digital cameras with their memory cards full to the brim, which can no longer store new pictures, our brains never seem to lack the free space to store information. Yet ordinary logic cannot reconcile the fact that the adult brain, a “blood-soaked sponge,” as writer Kurt Vonnegut once put it, is capable of storing new facts and experiences without limit.

Neurophysiologists have long tried to measure our maximum memory capacity. However, all efforts to calculate what capacities human memory possesses are reduced to certain cognitive feats performed by individuals and people with atypical brains.

Many of us make an inhuman effort to remember a telephone number. But what if there are 67980 digits to remember? That’s how many digits of the number “pi” after the decimal point Chao Lu of China was able to recite in 2005, when he was a 24-year-old graduate student. Chao gave out numbers during a 24-hour marathon, without taking a break even to go to the bathroom, and broke the world record.

Savants, people with extraordinary memory abilities, have sometimes staged even more impressive performances, displaying miracles of memorization, ranging from names and dates to the reproduction of complex visual compositions. In 2013, for example, the autistic artist Stephen Wiltshire drew a detailed view of London from an observation deck 224 meters high, so that he could imagine what the surrounding countryside would look like from the top floors of The Shard, the tallest building in the British capital. In some, rather rare cases, traumas suffered before by quite healthy people gave rise to the development of the acquired “savant syndrome”. Its carriers, who in other areas may be developmentally delayed, sometimes have phenomenal abilities in the fine arts, music, mathematical and calendar calculations, and cartography.

Orlando Serrell, for example, was 10 years old when a baseball hit him in the left side of the head. After the accident, he suddenly discovered that he could remember countless license plates and was able to make complex calendar calculations. Thus, he can calculate which day of the week fell on which day many decades ago.

So how do these people’s “kettles” brew that they manage to shame the memory capabilities of the average individual? And what do the abilities of pi and savant reciters tell us about the true potential of the human brain?

At a calculable level, our memory potential is grounded to some extent in the physiology of the brain. If we turn to basic, but perhaps useful, data relating to this topic, we recall that our brains consist of approximately 100 billion neurons. And only one billion of these have to do with the long-term storage of information in memory. These cells are called pyramidal cells.

If we assume that each neuron contains one unit of memory, then we can conclude that our brains are already full to the brim. “If you could have as many memories as there are neurons, it turns out that number is not that great,” says Paul Reber, professor of psychology at Northwestern University in Evanston, Ill. – You’d run out of (data) storage space in your brain pretty quickly.

Instead, the researchers believe, memories are formed by connections between neurons and across neural networks. Each neuron has offshoots, which can be imagined as the lines of a commuter railroad network. They intertwine with about one thousand other neuronal nerve cells. This architecture appears to allow elements of memory to emerge and reproduce throughout the tangled cellular web of the brain. As such, for example, the concept of a blue sky can arise in countless, abstractly discrete memories of episodes associated with being outdoors.

“It’s reasonable to assume that we’re talking about a range of several petabytes,” Reber says. One petabyte equals 2,000 years of MP3 music files. We don’t yet know how many neural connections it takes to make one single memory, nor do we know whether it can even be likened to a digital computer, so all such comparisons must be taken with a degree of doubt. Suffice it to say, to use Reber’s expression, that “we have tons and tons of free volume” (memory) at our disposal.

And a little cart?

Do those people who are endowed with super memory really have some kind of exceptional brain?

The short answer is no. Record holders for remembering decimal places in pi, like Chao Lu, as well as most other winners of memorization competitions, swear that they are ordinary people who have dedicated themselves to training their brains to store and play back selected pieces of information.

Nelson Dellis, winner of the 2011, 2012 , 2014 and 2015 U.S. Memory Championships, says his memory was terrible before he competed as a mental athlete. Training, however, did the trick. “In a few weeks of training, maybe less, you start doing things that seem almost impossible for the average person,” Dellis says. – That ability is hidden in all of us.”

A few years ago, when Dellis first started training his brain, it took him 20 minutes to remember the order of the cards in a deck. Today, he can memorize all 52 cards in less than 30 seconds, in other words, he can memorize them in a single hand. Dellis practiced counting cards for five hours a day as he prepared to defend his title at the U.S. Championships on March 29, 2015.

Like other competitive memorization champions, Dellis relies on time-tested methods. One popular trick is to build a sort of “memory palace.” As Dellis explains, he imagines in his mind some dwelling he knows well, such as the house he lived in as a child. He translates the elements he needs to remember into visual images, then places them on the table by the door, then on the kitchen table, and so on. “You move through that space in your imagination, take the images you’ve laid out there, and translate them back into the elements you’ve memorized,” Dellis says.

Number pi reciters often use “memory palace” or other similar techniques. For example, they translate large amounts of numbers into chains of words that form a specific narrative, reminiscent of clues for guessing words in crossword puzzles.

Turn on the inner savant

The widespread success of such memory training techniques suggests that anyone can become a phenomenon if they tune in to achieve such a goal. But can the same results be achieved without a great deal of rough work? That is the goal set by Allen Snyder, director of the Center for Mindfulness Studies at the University of Sydney, Australia. He preaches the rather controversial theory that each of us carries within us an “inner savant” who can be “turned on” with the “right” technology.

If Snyder is to be believed, a normal person’s mind, for the most part, operates at the level of conceptual thinking rather than giving itself the trouble to concern itself with a myriad of lower-order details. “We are aware of the whole, not the parts that make it up,” he says.

As a momentary demonstration of our “built-in” mental concept programming system, Snyder performed such an experience with his colleagues. He set them the task of memorizing a long list of necessary purchases that included such items as a steering wheel, windshield wipers, headlights, etc., etc. “There was no way people could remember the list, just a nightmare,” Snyder says. Each of them claimed to have said, “automobile,” even though the word wasn’t actually pronounced. “They put together a whole from the parts,” Snyder sums up logically.

It’s likely that evolution has sharpened our brains to work that way. For example, instead of pondering what every line on a lion’s face looks like, like the shade of this or that hair, our brain instantly guesses – boom! It’s a predator! – and reacts to that insight without hesitation.

In other words, most of the data from our senses are transmitted to the brain without reaching the level of analysis and comprehension. Savants have such high-level conceptual thinking, which gives them “privileged access” to a literal sea of details. When memorizing a list of upcoming purchases, they will fix in their brains all the parts separately, without bringing them together into a single concept – a car.

Cases of acquired savant syndrome, such as that of Orlando Serrell, who as a child was hit in the head with a baseball, prompted Snyder to search for the physiological basis of such a phenomenon. A suspect candidate was the left temporal lobe, the part of the brain above the left ear. Researchers have noted its dysfunction in people with autism, savant syndrome, and those with senile dementia. This dysfunction is often accompanied by the manifestation of newly discovered artistic and musical abilities. (This department is located exactly where Serrell was traumatized as a child.)

Snyder delicately suppressed neural activity in this part of the brains of the volunteer participants in his experiments using a medical device he dubbed the “thinking cap,” which generates magnetic fields. Intriguingly, he claims that these people temporarily demonstrated improvements in drawing skills, word-checking for errors, and mental arithmetic.

Contrary to all of Snyder’s ambitions, however, anyone hoping to become a genius at an accelerated pace will have to wait a bit. It is quite possible that other factors, such as increased self-confidence or alertness in the presence of futuristic gizmos on the subjects’ heads, translate into the obvious successes of the normal brain. Moreover, the challenges of the experiments were relatively modest (Snyder has yet to test extreme states related to long-term memory, for example), so the successes of his volunteers barely reach the dizzying heights achieved by established savants such as Serrell.

Given these limitations, some scientists simply snort sarcastically when they hear about Snyder’s claims. Although interest in brain stimulation is growing, the ambitions of researchers working in this field tend to be much more modest. However, even the most preliminary results of Snyder’s work hint that our brains could surprise us more and more as we delve deeper into the mysteries of how they function.

The “bottle neck” of memory

One thing is clear: Human memory, as such, has one significant limitation. So, why don’t we remember absolutely everything?

“I don’t know,” Snyder says, “but we can assume it’s a matter of economy of information processing.

Paul Reber of Northwestern University suggests that the brain, interpreting the world around it, simply can’t keep up with the flow of external stimuli. “That’s why we don’t remember everything. There’s a sort of bottle neck between our senses and our memory,” he says.

Turning to familiar analogies from the world of computers, Reber says the limitation of human memory over a lifetime is not the capacity of the hard drive, but the download speed. “It’s not that our brains are full,” Reber explains. – It’s just that the information we encounter is coming in faster than our memory system can record it all.”