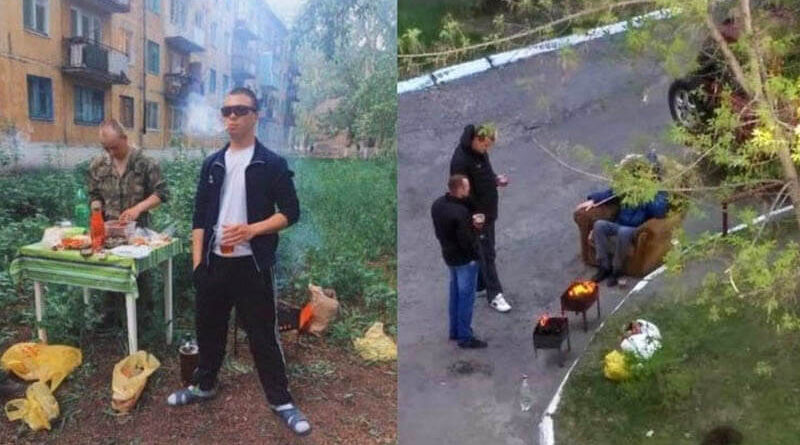 Today, even guys in their twenties are experiencing a feeling that is not inherent to their age: old age. Old age of the soul, not of the body, though sometimes it fails even in such badass years.

The feeling of old age is getting younger and younger – millennials and zeitgeists of today feel that at 20-30 they are almost fossils. What kind of “beast” is the “I’m already old” syndrome, why it appears in the young, and how not to become a pensioner at a tender age.

Vitaly works as a volunteer in a children’s camp. One day he went on an excursion with children to another city, the day went wild and positive. He woke up in the morning, a guy of 23, as if after a sleepless night and drinking himself to unconsciousness. Picking up his phone to look at the pictures he had taken the day before, he saw himself tired and swollen, especially it stood out against his mischievous charges. “How old I am!” – the thought stuck firmly in Vitaly’s mind.

Denis, a 31-year-old man, began experiencing “retirement” signs when he was 25. “I completely lost the desire to hang out with friends in clubs and parties, go “for a beer” in bars, and even home birthday parties were depressing. I preferred to lie down for the weekend with an interesting book. My peers started calling me an old man, a pensioner.”

The World Association for Polling and Market Research released data showing that of the nearly 32,000 people in their 40s, they no longer feel young. But according to them, true old age comes at 60. The American company also revealed that U.S. residents are convinced that after 37, life goes off into the sunset.

Passport age often differs significantly from subjectively perceived age. American psychologists conducted a survey among 188 people between the ages of 14 and 83. They found that teenagers consider themselves to be much older than they really are. People of middle age or older on the contrary – feel younger. Scientists were able to find out that such discrepancies are related to a common fear – the fear of aging. In addition, most of the interviewees were dissatisfied with their own standard of living.

People are afraid of growing old because it is inevitably followed by old age. Old age entails infirmity, both cognitive and bodily, they fear depriving themselves of dreams and hopes, they do not want to take on the burden of responsibility for other people, they are afraid to wallow in the joy of the past.

The fetish is youth

Historian Eric Hobsbawm believes that the peak of the cult of youth was the 1950s. He is convinced that it was in those days that the baby boomer stage of life went from preparatory to final in people’s understanding. Those born during that period took an active part in the market economy, striking a great deal of purchasing power. Pop culture, fashion, music – everything was developing at a tremendous pace. People didn’t care where their home was, they admired their idols, wore the same fancy clothes, and sang the same songs.

This was very profitable for capitalism, which stimulated these needs by selling young people everything that matched their image. It broadcasted that only the promising young and those who had achieved something in life could afford only the newest things. To be “forever young,” you have to become successful socially. By the way, this idea is not dead – it is alive today. And also brings capital to those who skillfully use it in their marketing strategy.

The baby boomers could do anything (as they had been persuaded) – they were active in the political arena, they rallied, they protested. They didn’t want to be as conservative as their parents. And in order not to become a member of the “stunted generation,” they began to categorically deny the aging process, alienating it with all their might.

The baby boomers inherited from the Zetas, X’s and Millennials a world in which you have to buy, compete, achieve. And if suddenly you fall behind, that’s it, there’s almost no chance of getting back on the cross-country track. This illusion has successfully taken root in people’s minds, it has transformed into a truth and today’s 20-30 year olds sadly say, “We are old for all this.”

The body has also surrendered

As soon as a human being is born, a timer starts. It steadily counts down the seconds, bringing the natural outcome of life closer. As you get older, your metabolic rate decreases, your blood vessels lose their elasticity, and your bones become brittle. From the age of 25 the body produces less elastin and collagen. Most activity peaks at the age of 30, and then it fades away.

Such signals of the body are inevitable, but they always put a person in a state of panic, because they are considered to be the harbingers of “stunted old age”.

It is extremely important to realize and understand how you assess your own age. Scientists have stated that people who feel older than their biological age have a higher chance of dementia and hospitalization. Young-at-heart people, on the other hand, are psychologically stable and healthier.

It turns out that mental old age is much scarier for a person than natural physical old age. Even at a young age a person forcibly appropriates the behavioral patterns and attitudes of older people, convincing himself that all the best and good is already behind him.

Modern technology is “turning up the heat”

The World Wide Web is not the cause of a person’s burnout, but its promise to “make life easier and simpler” creates a certain illusion in him/her. He convinces himself that he can “do everything,” and when it does not work out, he starts blaming himself.

Millennials and Zetas form stable and completely unrealistic expectations that are closely tied to their lives. Reality does not match expectations and self-loathing begins.

Michael shared his fear: “When I realized that guys 13-14 years old in Tik-tok are chopping millions, and I go to work for 30 thousand, I instantly felt old. I don’t understand this Tik Tok nonsense at all – they make jokes and parodies, and then they put them all on the Internet. What’s the point? What are they getting paid for? It’s easier for me not to think about it. It turns out that it’s easier to consider yourself a caveman than to try to reach out to these minors. Mikhail is only 29 years old.

Psychologists say it’s uncomfortable for X’s, Y’s, and even Zetas to watch 16-year-olds show off their youth in tiktok. Watching them rise to the Olympus of glory, the generation, not much older, feels like their strength is melting away. An effect of false fatigue is created as they fail to understand and comprehend all that is going on.

Folding your legs at 30-40 and waiting for death is the lot of the weak and weak-willed. First of all, you need to understand yourself – what exactly frightens you? What in your mind attracts old age? Determine what prevents you from being fully satisfied with your life.

Consider the examples of retirees who do not sit on the stove with tea and sushi, and travel, lead an active lifestyle. Get rid of prejudices, which so long and persistently “imposed” all around – TV, Internet, merchants. Find the beauty in your age – you don’t have to party all night in a club and gorge yourself on whiskey for someone to think you’re young.